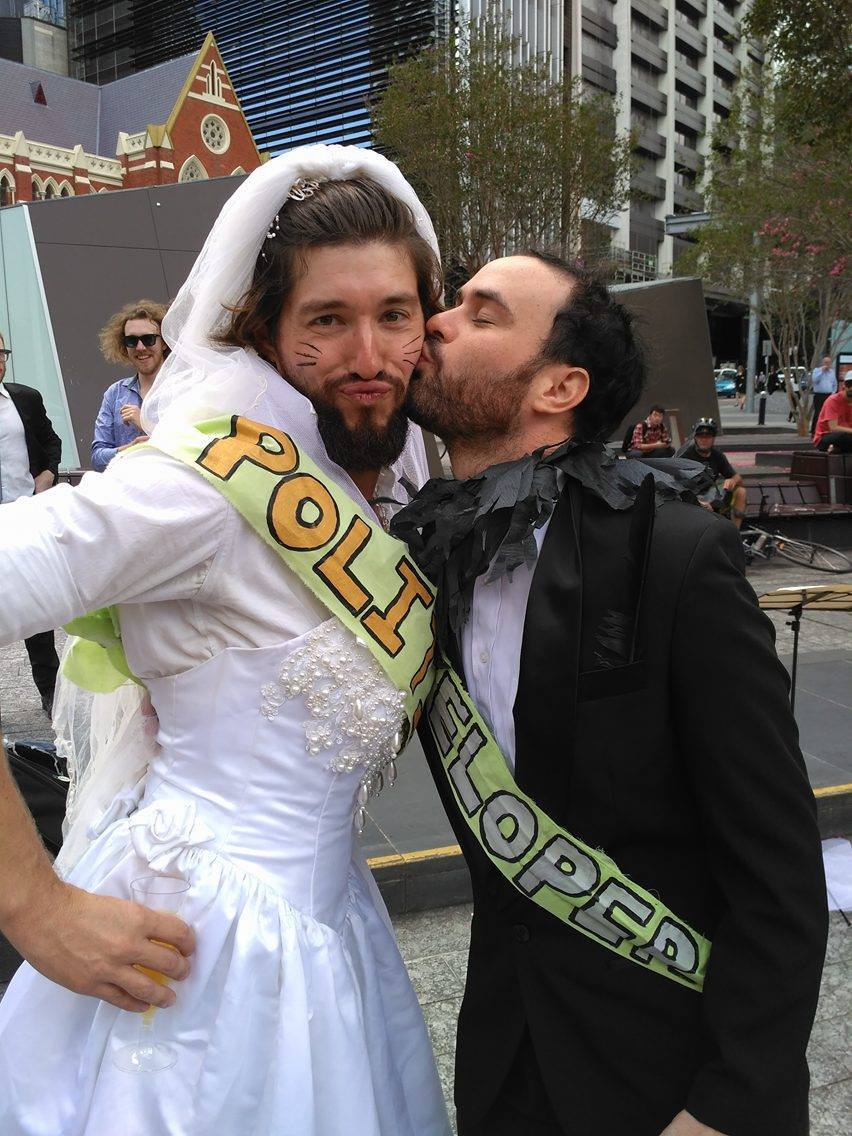 Residents who are frustrated about unsustainable development and Brisbane’s housing affordability crisis will gather in Queen’s Park this Saturday and Sunday for a 24-hour creative occupation.

The Queen’s Wharf Casino is the largest development project in Brisbane’s history, but consultation has been virtually non-existent, and residents are frustrated that more than 13 hectares of publicly owned land will be sold off to multinational developers for less than market value.

The main rally will kick off at 10:30am, and will be followed at 11:30am by a mock wedding between a developer and a corrupt politician.

Organisers have scheduled a community picnic for lunch, a massive dinner banquet, and a series of workshops, forums, participatory art projects, poetry readings and musical acts throughout the afternoon and evening, with late night film screenings and an all-ages dance party.

Speakers at the main rally include Mel Gregson, who was involved in Melbourne’s successful community campaign against the East-West Link toll road, and Dr Charles Livingstone, an expert in poker machines and problem gambling from Monash University.

This is the first time a protest against unsustainable development in Brisbane has involved an overnight occupation on the site of a major project.

Councillor for the Gabba Ward Jonathan Sri is particularly concerned by proposals to dig up part of Queens Park and convert it to an underground shopping mall entrance.

“We don’t want Brisbane’s defining landmark to be a mega-casino.”

“Contrary to the developers’ propaganda, most of the casino’s revenue will come from poker machines and local problem gamblers – international high rollers will only be a small proportion of the casino’s business.”

“I expect this will be the first of many protests against the casino as more residents become aware of how economically unsustainable and socially destructive this project is,” he said.