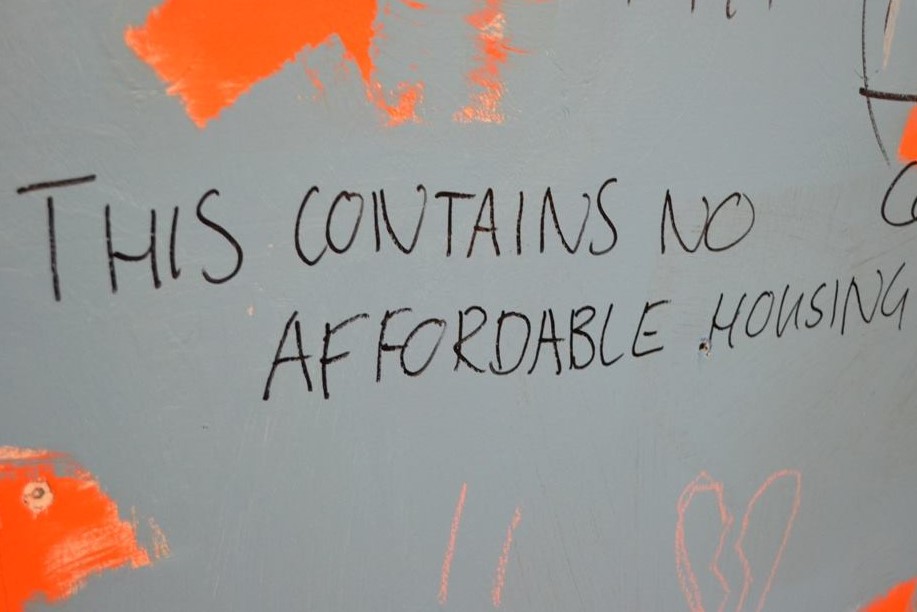 While it’s not without its positive elements, this budget is, overall, a backwards-looking missed opportunity. It overspends on major road-widening projects and underspends on essential local infrastructure including pedestrian crossings, drainage and public transport, and also fails to sufficiently increase funding for community services and programs that improve sustainability and enrich residents’ quality of life.

To begin with, let’s talk about transport. I’m still waiting for more details regarding some pretty significant concerns I have about the Brisbane Metro Project. I certainly see the logic of redesigning Victoria Bridge and the Cultural Centre station to reduce bottlenecks. But the way LNP Councillors talk about Brisbane Metro, anyone would think it’s some massive transformative project that’s going to revolutionise Brisbane’s transport network.

But it’s not really a new mass rapid transit system in the way that term is ordinarily understood. It’s larger-capacity buses on an existing bus corridor with some efficiency gains in terms of station and bridge redesigns. Your total projected spend over the next three years is not much more than $200 million. This year it’s less than $50 million. That compares extremely poorly to the hundreds of millions of dollars you’re spending every year on road infrastructure upgrades and maintenance. So maybe it is a good project, but it falls far short of what’s necessary. Meanwhile suburbs like Kangaroo Point and East Brisbane, so close to the CBD, still don’t have high-frequency bus routes to connect to nearby hubs. You’re upzoning and densifying the inner-city, but you’re still encouraging all those residents to drive by failing to provide reliable bus services.

Well over $650 million is being sunk on the widening of Kingsford Smith Drive, and the word on the ground is that project costs and timeframes are blowing out and contractors will have to cut corners in order to stay within budget. More than $115 million is being frittered away to widen a 700-metre street of Lytton Road in East Brisbane. Plus millions more on other road projects that will continue to prioritise private motor vehicles ahead of pedestrians, bikes and public transport.

Transit lanes cost comparatively little to install. Lowering speed limits is extremely cheap. These sorts of changes, which can reduce bus travel times and improve pedestrian safety and comfort, would save council hundreds of millions of dollars. Not to mention the savings and, more importantly, the social benefits that lowered speed limits deliver in terms of reducing serious accidents and hospitalisations.

If you’re concerned that motorists from other regions and council areas are driving up congestion, why not spend some real money developing major public transport hubs on the northern and southern boundaries of the Brisbane local government area rather than falling back on regressive 1950s traffic planning strategies.

You’ve said you don’t want Brisbane to replicate the mistakes of sprawling car-dependent cities like Los Angeles, and you are rapidly densifying the inner-city in response to pressure from profit-hungry developers, but your transport spending priorities are completely undermining the potential benefits of densification, and are encouraging and reinforcing car-dependent suburban sprawl. Some councillors have mistakenly suggested that by arguing for more spending on public and active transport and less on private motor vehicles, I’m saying that we should force people out of their cars. But it’s this city council which is forcing people into cars by failing to provide practical alternatives. You are denying residents a choice and saying that they have to drive if they want to get around. Particularly in the outer suburbs, you are forcing low-income residents to take on the significant financial burden of private vehicle ownership by designing neighbourhoods that are very difficult to navigate if you don’t own a car.

Where’s the money for footpaths? For pedestrian crossings? Stories that mobility-impaired residents in Brisbane’s middle suburbs can’t even get to the local bus stop due to inadequate or non-existent footpaths make a mockery of Brisbane’s claim to be a new world city. When residents tell me they’re driving their kids to a school less than a kilometre away because there aren’t safe pedestrian crossings, it’s pretty clear that our spending priorities are backwards.

The BCC’s lack of spending on bike lanes is also extremely reprehensible, and borders on criminally negligent. If I’m really generous, and I include the short stretches of separated bike lanes that are delivered as part of major road projects, $40 or $50 million for bikes per year still looks negligible in the context of a $3 billion budget. How many more cyclists will die on our roads before your priorities shift? I applaud the continued allocation of funding to the Woolloongabba Bikeway project, but I note that the main reason it’s costing so much is that you don’t want to lower speed limits or take road space away from cars.

With the notable and laudable exception of the Woolloongabba Bikeway project, council continues to take the easy road of diverting cyclists through backways and floodways, rather than more direct routes, thereby depriving small businesses of the opportunity to create vibrant local commercial precincts in the suburbs.

We see the same short-sighted thinking when it comes to other areas of the budget. Again this year we see almost no spending on affordable housing, in stark contrast to previous Brisbane city council administrations that allocated millions of dollars towards community housing organisations like the Brisbane Housing Company, which now finds itself having to increase rents for some of Brisbane’s poorest residents due to a lack of continued public funding. Housing is a basic human right, and council’s dereliction of its duty to care for its most vulnerable residents and completely pass the buck to the State Government is disgraceful. I should add for the sake of fairness that the State Government has also failed miserably to allocate sufficient funding towards public housing.

With the exception of roads, we see omissions and insufficient allocations in almost every schedule of the budget, particularly park acquisition and upgrades, waterways management, tree planting and maintenance, arts and culture, community facilities, festivals, and flood mitigation.

Obviously most of us in this place would like to see more spending on the various programs and services I’ve just listed. The problem is that there’s only so much money to go around. But spending money on many of these items, particularly stormwater drainage and flood mitigation, will save money in the long-term. So it’s worth taking on debt now to pay for these projects. Our current financial position and credit rating means we can take out loans on good terms and we should be taking advantage of that. To fail to invest in necessary infrastructure as this council is doing will leave a huge burden for future generations of Brisbanites.

If I had a bit more influence over this budget, I would take a solid $200 million out of the allocation for widening roads, and direct it towards the construction of affordable community housing. I would redirect a large proportion of the rest of the roads budget towards projects that prioritise public transport, carpooling and active transport, including more funding for pedestrian crossings, local area traffic management, and bike lanes. Instead of spending $100 million over four years on bike lanes, we should be spending $100 million every year and funding it by taking on debt. As I’ve mentioned previously, we should also lower speed limits to help bring down the cost of bike infrastructure.

To generate additional revenue for the Clean, Green and Sustainable Brisbane program, I would introduce new classes of rates to target vacant under-utilised land and empty investment properties. And I would also introduce higher rates charges for massive inner-city mansions. If millionaires want to live close to the CBD with sprawling private manicured lawns, they should have to pay their fair share.

Council should redirect a large chunk of the $3 million graffiti removal allocation towards public art projects, and should increase council fees for corporate advertising in public spaces to pay for more public space liaison officers.

I note that there’s a lot to celebrate in this budget. It’s not all bad. But it falls well short of what’s needed to maintain and improve Brisbane residents’ quality of life as this city grows. It lacks vision and ambition. There are some truly backwards ideas and projects in there, but also plenty of good ones. The fundamental problem seems to be that this council doesn’t want to take on debt to fund urgently needed infrastructure. We expect private citizens to take on big mortgages to buy houses, we expect private developers and businesses to take out loans to fund capital works, but we won’t do it ourselves. And as a result, the people of Brisbane are missing out.

In closing, I’ve consistently demonstrated in this chamber that I am willing to make constructive positive suggestions. I’m calling for increased spending in a range of areas, but I’ve also identified practical alternative revenue streams and opportunities to cut unnecessary spending.

I want to reiterate the concerns I’ve raised previously that the process of drafting this budget has been undemocratic, over-centralised and needlessly party-political, and I believe we would have a better outcome if the LNP worked more collaboratively with Greens, Labor and Independent councillors rather than cutting us out of the drafting process.

This budget is a missed opportunity that fails to drive the necessary transition to make Brisbane a more sustainable, more democratic, more equitable city, and I cannot support it.

Back to main budget blog page