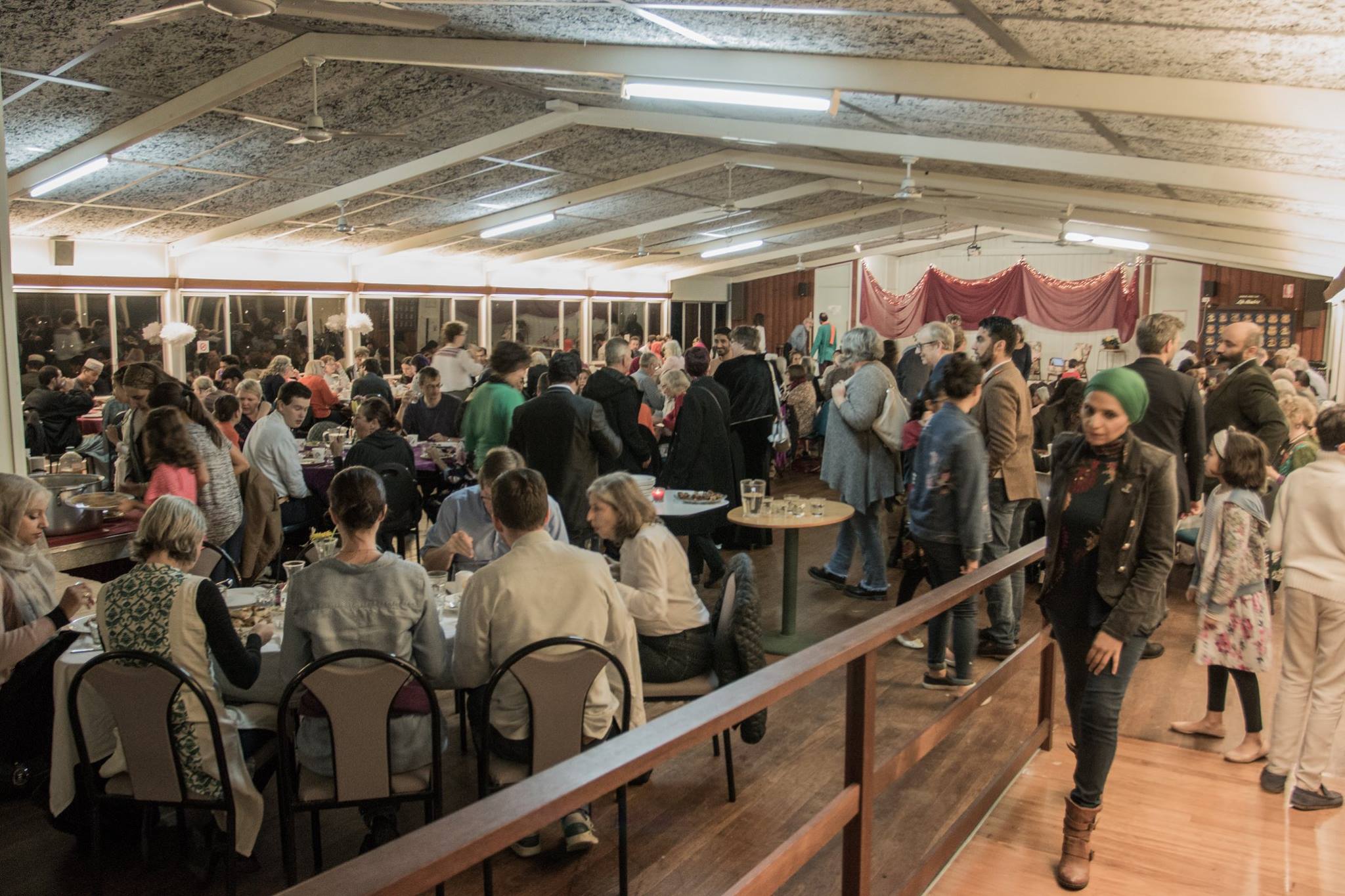 This is not a complete rundown of all the projects and programs that have received funding in our area, but I thought I’d highlight a few key programs that help paint a picture of what the administration’s budget priorities are. You can view the budget papers for yourself via the links at the bottom of this page on the council website.

No Significant Increase in Festival Funding

It’s interesting to note that the cost of resurfacing Gladstone Road, Dutton Park in this year’s budget is $825 000, which exceeds the total council funding of $783 509 for all 75 suburban community festivals across the city. All up, Brisbane City Council spends $90 million a year on resurfacing roads, but only $4 million a year on all major and minor festivals (including the big ones like Brisbane Festival). 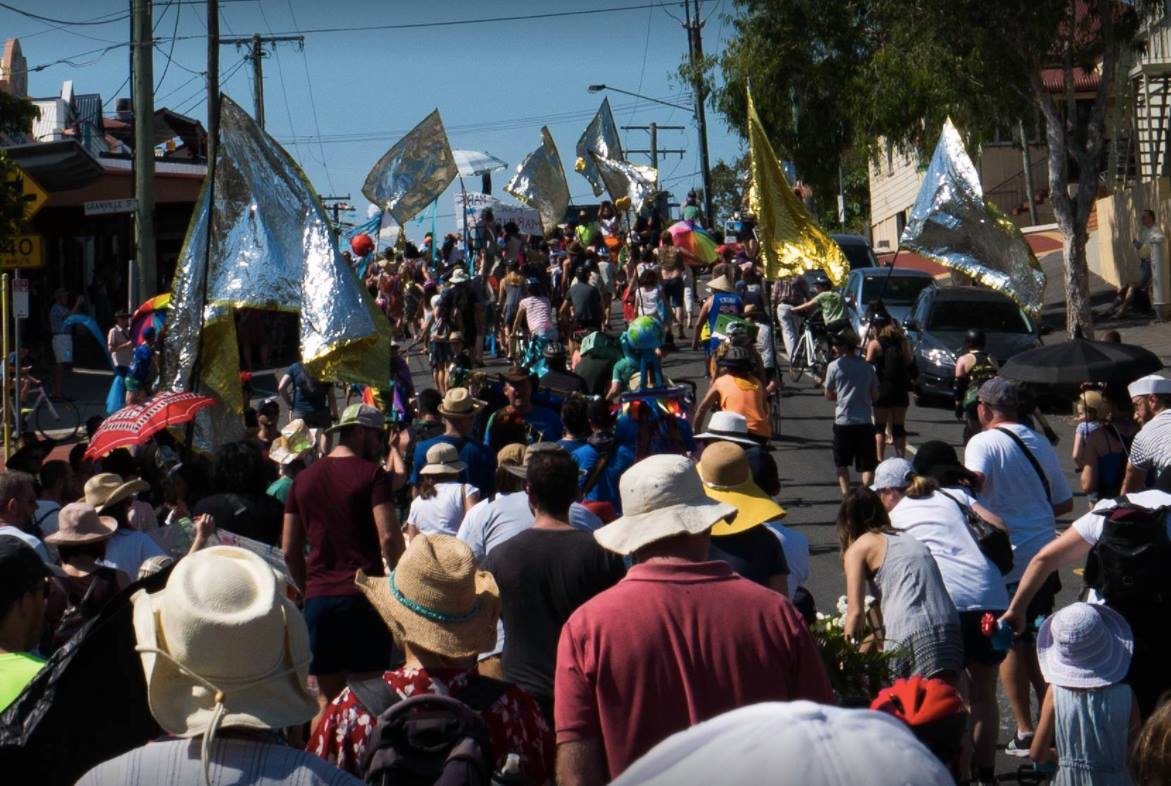 We’ve also seen a modest increase in the local Suburban Initiative Fund grants budgets. For the past few years, the LNP have stubbornly refused to increase this ward office grants budget, which has stagnated at $55 000 per ward, not even rising with inflation. I’ve argued quite strongly (both publicly in council chambers and in written correspondence to the Lord Mayor’s office) that this budget needs to increase to keep pace with population growth, and this year we’ve seen it increase from $55 000 to $75 000.

This is still a relatively small discretionary grants budget considering rising event organising costs and how many community events and projects are in need of funding. There are quite a few local community projects that I wasn’t able to fund in the 2017/18 financial year, so it’ll be nice to offer small grants to more of those next year.

The ‘West End Creative Hub’ project – now managed by Outer Space down on Montague Road – was received with scepticism by some sectors of the local arts community when it was first announced, because the council was only offering tenure of two years. It’s a big ask to expect a non-profit community arts organisation to go to all the trouble of setting up an arts space when it might lose funding after only two years, but happily we’ve seen funding for this project extended out to 2021.

Almost all of the funding for this project goes towards paying the rent on a privately owned commercial space. I still believe that this is perhaps not the best or most effective use of money in an environment where arts funding is so limited, and that council should either be spending this money on actually purchasing a building for use as a community art centre, or should be giving it to local arts organisations for them to spend as they see fit. Having said that, I see a lot of value and potential in the Outer Space project, and I will continue to lobby hard for more funding both for this project, and for the arts more generally.

Further funding towards the upgrade of Musgrave Park pool was included in this year’s budget, with $2.82 million in the 2018/19 financial year and $2.78 million in 2019/20. I understand early stage design work on this project will begin pretty soon. I’m pushing council to conduct a proper public consultation process about redesign priorities for the pool.

Although it’s described as an ‘upgrade’, a lot of the money will end up going towards basic repairs and maintenance like patching leaks in the main pool. I’ll keep residents posted about this project as I learn more.

BCC is continuing to fund the Active and Healthy Parks Program, which includes a lot of free or cheap activities in the Gabba Ward like yoga classes, group bike rides, children’s ball skills etc. You can browse and search for activities via this link. I encourage you to check it out – there’s actually quite a lot of good stuff that residents should take advantage of.

As with previous years, we’ve seen virtually no funding towards affordable housing programs or ending homelessness in Brisbane.

The ‘Homelessness and Affordable Housing Program’ got a total of $815 000 allocated this year. During the budget information session, Councillor Matthew Bourke, the Chair of Lifestyle and Community Services, would not tell me the exact breakdown of what this line item is actually for, but I understand that some of it goes towards paying for three public space liaison officer roles (PSLOs), who are out on the street, building relationships with rough sleepers and helping link them in to support services. This is a very important and valuable role, and it’s a shame the council isn’t funding more PSLO roles.

The rest of the $815 000 goes towards the Red Cross Night Café – another excellent service that provides a drop-in space for marginalised young people, and to the community housing program – an old program that currently rents out around 10 old council-owned houses at subsidised rent via non-profit community housing organisations. The fact that this community housing program still exists at all is a bit of a miracle, but it’s a reminder that council could be providing significantly more affordable housing through this kind of approach, as it did in the past.

The Homeless Connect event at Doomben racecourse gets an allocation of $144 000, but again, the chair wouldn’t tell me exactly what this money is spent on.

West End Library (aka Kurilpa Library) is a small heritage-listed library which is currently closed on Sundays, Mondays and Tuesday, and doesn’t have publicly accessible toilets. The upstairs toilet facility used by staff is sometimes made available in emergencies, but is not accessible for users with impaired mobility.

BCC seems to have deprioritised investment and staff resourcing for Kurilpa Library on the basis that residents can use the State Library at South Bank or Brisbane Square Library in the CBD, but that’s not much use for the many local residents who live within walking distance of the Kurilpa Library and don’t want to have to travel into the heart of the inner-city just to access a computer or borrow a book.

The library’s lack of toilets and limited opening hours are self-reinforcing issues. These limitations discourage patronage, but council prioritises investment in libraries based largely on patronage rates. People don’t use the library because there’s no toilets, but the LNP won’t spend the money to install toilets unless more people are using the library.