Thanks in large part to assertive and persistent advocacy from my office, we’ve seen some pretty big budget allocations towards improving public spaces within the ward. This year, the Gabba Ward is seeing a lot more investment in park upgrades than most other wards in the city, which tells me that the advocacy strategy I’ve been pursuing – publicly raising strong concerns about green space while working collaboratively with council officers behind the scenes – is working to some extent.

What’s clear though is that the LNP continues to under-invest in the acquisition of land for new public spaces. They are spending millions of dollars upgrading existing parks, but have obviously decided that buying new sites in the inner-city is too expensive. I think this is a mistake. While it’s great to see existing parks being upgraded, we also need to be increasing the total amount of publicly owned green space in the inner-south side. Because BCC continues to rezone land for higher-density development, land values are continuing to rise, making it harder and harder to acquire new sites. I’ll write more about this issue in future blog posts.

For now, here’s a list of key parks projects that we’ve successfully achieved funding for in the 2018/19 budget. Some of these are still a bit light-on in terms of detail. I can make educated guesses as to what the money is for based on what I’ve been advocating for over the past few months. I’ll be providing more information over the coming months once I get confirmation of the scope of the various projects.

$1.6 million under the ‘Park Infrastructure Improvement Program’ (schedule 3.3.4.1) – this was announced late last year. There’ll be another round of public consultation in the near future about exactly what this should be spent on, and I’ll be pushing hard for the inclusion of a full-size basketball court and a skate facility if we can find the room.

$213 000 for ‘Park Access Assets Maintenance and Rehabilitation (schedule 3.3.4.2) – I assume this is to fix up the roadway and pathways through the park, which I’ve been requesting for over two years now. The internal road deteriorates quickly due to water damage, and a lot of this money will probably be chewed up on stormwater drainage and guttering.

I’ve also rolled over the $150 000 from my local park upgrades budget which was originally allocated for a West End skate park during our 2017 community voting process, but which we haven’t been able to find the space for (I will be pushing for a skate facility in the park).

All up, this means there’ll be close to $2 million spent on Davies Park over the next year or so.

Although it’s not listed as a specific line item in the budget, the council confirmed that under ‘Key City Park Upgrades’ (schedule 3.3.4.1), $2 million has been allocated towards improvements along Riverside Drive in response to concerns I’ve raised about ad hoc planning and infrastructure delivery. I’m suggesting that this money to go towards closing off more of Riverside Drive to vehicles and converting bitumen back into green space, with more land planted up as native vegetation. This is a big win for West Enders, and I thank all the residents who’ve supported my office in our activism for improvements to this valuable riverside parkland.

On top of the $2 million, council has also rolled over the massive $15 million allocation for remediation of the contaminated land along Riverside Drive near Hockings St. This is obviously a major expense and a significant project which will take some time, but it also creates an opportunity to upgrade the remediated area after construction is finished.

I intend to co-organise a community design process in partnership with local groups like West End Community Association and Kurilpa Futures to produce a new masterplan for Riverside Drive and identify our top priorities for how the $2 million should be spent.

Raymond Park is used by residents in the southern half of Kangaroo Point, but also by people from East Brisbane and the northern part of Woolloongabba. Recognising that the LNP was unlikely to fork out the money to acquire land for new public parks around the Gabba, I’ve been advocating more strongly for investment in Raymond Park to make sure we can get as much use out of this space as possible.

I think improving lighting for existing facilities like the exercise equipment and basketball hoop will allow for more night-time use, and I’ll be encouraging the council to install more innovative forms of adult play equipment to add to what’s already there. I’m conscious though that one of the park’s greatest attributes is the sense of openness it offers, and I’m cautious of crowding it with too much hard infrastructure. I’m interested to hear from residents whether you think we should push for the existing skate bowl to be expanded slightly.

$125 000 under ‘Upgrade Neighbourhood Parks’ (schedule 3.3.4.1). I will be suggesting that this money should go towards upgraded pathways and picnic shelter improvements. The pathway around the edge of the park is a little bit narrow for the volume of foot traffic it now carries. I welcome other suggestions for any upgrades you think this park requires.

As I’ve announced previously, we’ll be spending about $300 000 this year out of the local public space upgrades budget (schedule 1.1.3.1) to improve the park at the corner of Carl St and Tottenham St, Woolloongabba, and we’re waiting on confirmation from the parks team about how much additional funding will be allocated to this project over the next couple of years. You can find info about the community design process for the park at this link.

Hanlon Park runs along the south-east edge of the Gabba Ward, and is heavily used by residents of Woolloongabba/Buranda. This park is a floodway, with Norman Creek running through the middle down an old concrete drain. Excitingly, we've had some very big funding allocations to this park, with $3.8 million in 2018/19 and $5.5 million in 2019/20. This money will be used to restore the concrete drain into a more natural vegetated creek, which will improve the health of the entire waterway and provide a valuable wildlife corridor connection through to the final stretch of Norman Creek in East Brisbane.

Council will soon publish a draft concept plan for the park, seeking further community feedback. I'll keep residents in the loop about this. It will be interesting to see how we can strike the right balance between maintaining enough open space for recreational activities like kicking a ball around, while also reducing flood impacts on nearby properties and revegetating as much of the park as possible to provide habitat for native species.

$327 000 under ‘Bridge and Culvert Construction’ to replace the bridge across Kingfisher Creek near Moorhen Flats.

I’ve told council that this is not necessarily the number one highest priority project in the ward, but I still see value in doing it as the current bridge is very narrow. A new wider bridge should help reduce any conflicts between pedestrians and cyclists and open up access to this valuable inner-city bushland reserve.

There are also a number of smaller budget allocations such as minor improvements to the Orleigh Park dog park in West End ($17 000), and vegetation management and regeneration around Norman Creek near Deshon St in Woolloongabba ($14 000).

In general, parks funding in this year’s budget seems to be concentrated around areas that have experienced rapid high-density development over the past few years. With more development creeping through Woolloongabba, I will be pushing for more money to be spent in the 4102 postcode in future years. The main challenge in the central part of Woolloongabba is that there aren’t many existing parks to upgrade, so we need to pressure council to cough up larger sums of money to actually acquire new park sites, particularly around the Annerley Rd/Gabba Hill precinct. We also need the State Government to ensure that large public green spaces are included as part of the Cross River Rail station redevelopments at Boggo Road and Gabba Central.

You can read the budget papers for yourself via this link.

You can check out other previous updates about local issues via this link. 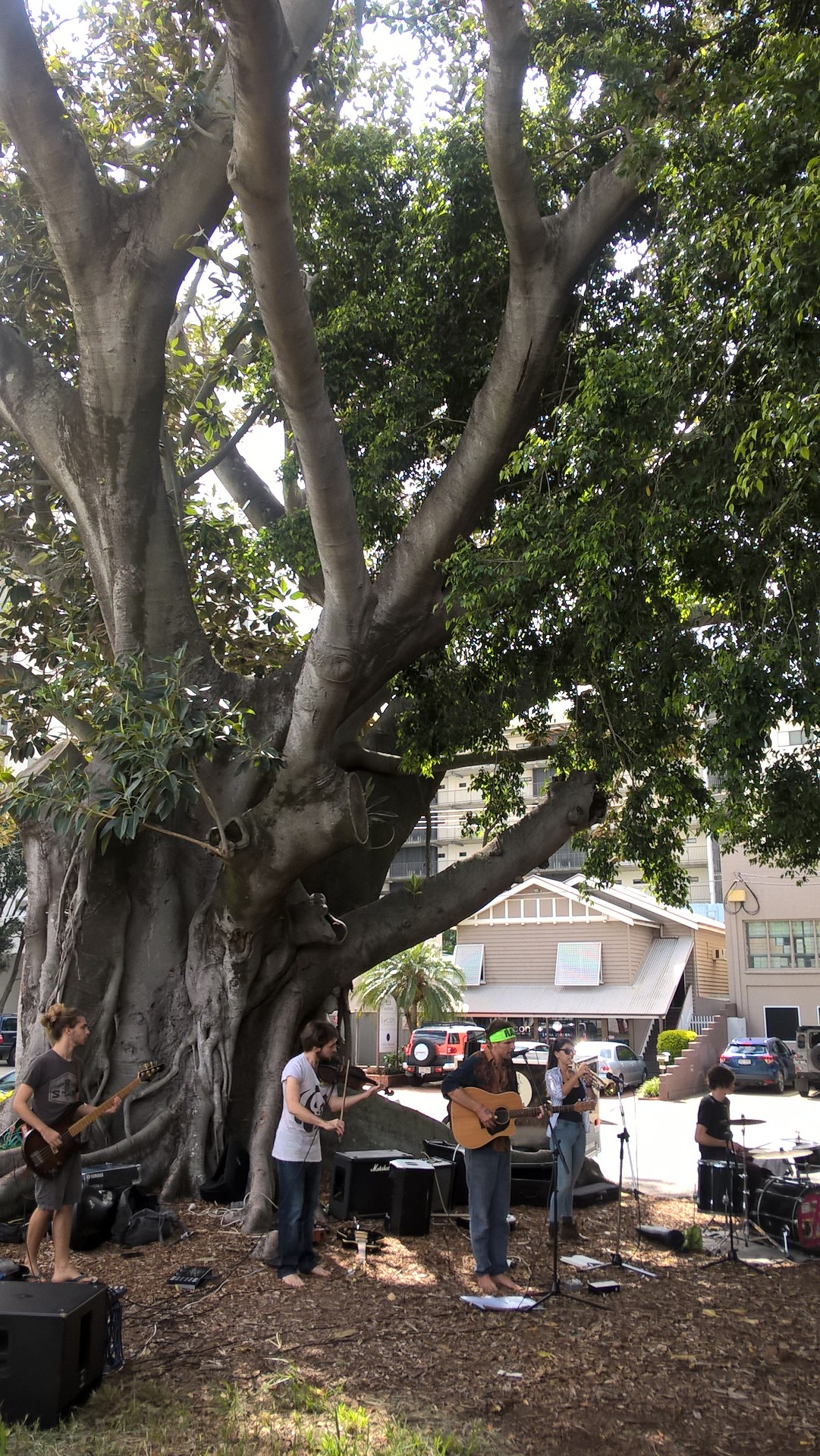