Brisbane City Council is currently planning its location for new charging infrastructure to support Brisbane Metro vehicles travelling to the UQ Lakes bus stop. (Some very basic 'official' info about this is included on the council website at this link.)

UQ Lakes will be the end of one of the new Metro lines, so fast-charging infrastructure needs to be installed in the vicinity of this stop to service the new electric vehicles. Council has told us this will involve three large containers with dimensions of 12m x 3m x 3m (and additional space around the sides for access) to house converters that will take high-voltage mains power and convert it to the right voltage for Metro charging.

Ideally, these voltage converters should be as close to the UQ Lakes bus stop as possible. But they also have to be somewhere that’s reasonably easy for maintenance vehicles to access, and need to be on higher ground that’s less vulnerable to flooding (which rules out a lot of low-lying spaces around the UQ end of the green bridge) or else installed on elevated platforms.

It seems that UQ was very resistant to having this charging infrastructure installed on the UQ site, presumably because space is always at a premium on the uni campus.

As a result, Brisbane City Council is now planning to install the charging infrastructure on a raised platform in Dutton Park, on the slope beside TJ Doyle Memorial Drive. Long, expensive cables will then supply electricity across the bridge to UQ. This Dutton Park location will involve removing established native trees and garden beds, fencing off around 200m2 of parkland, and introducing a large, bulky and obtrusive permanent structure into this natural-feeling green space.

It seems that rather than negotiating with UQ to get charging infrastructure installed close to the bus stop, council has instead gone for the easy option of cutting down trees and taking away parkland, even though the Dutton Park location is quite a long way from where the charging actually occurs. 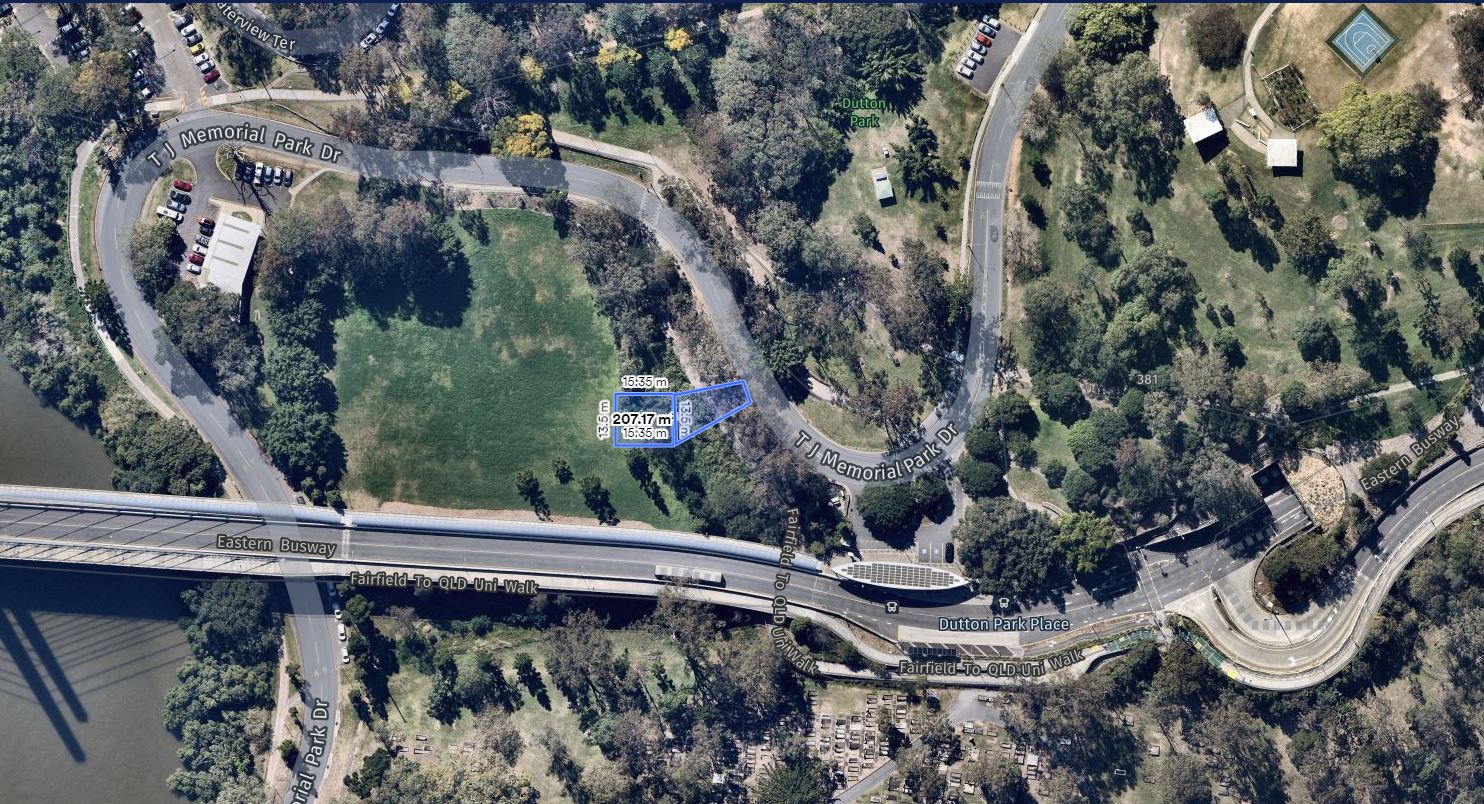 Local residents and elected representatives are concerned about the specific impacts of this proposal, but also the broader trend in council decision-making, which sees public parkland as expendable ‘vacant’ real estate which can be repurposed whenever land is needed for new infrastructure.

Whether it’s bridges, charging infrastructure or new roads and buildings, the continuing tendency to cannibalise parkland to avoid the costs of acquiring additional land for new public infrastructure is having a negative cumulative impact of depleting access to public green space. Council should at the very least be acquiring sites nearby to create new parkland to offset the public green space which is being lost, but is failing even to do this.

So far, we have very little information from the council about exactly why BCC failed to get UQ to agree to host the charging infrastructure on the university’s side of the river. We also don’t know exactly which trees would be removed, but we have a rough idea based on the indicative location council has nominated. 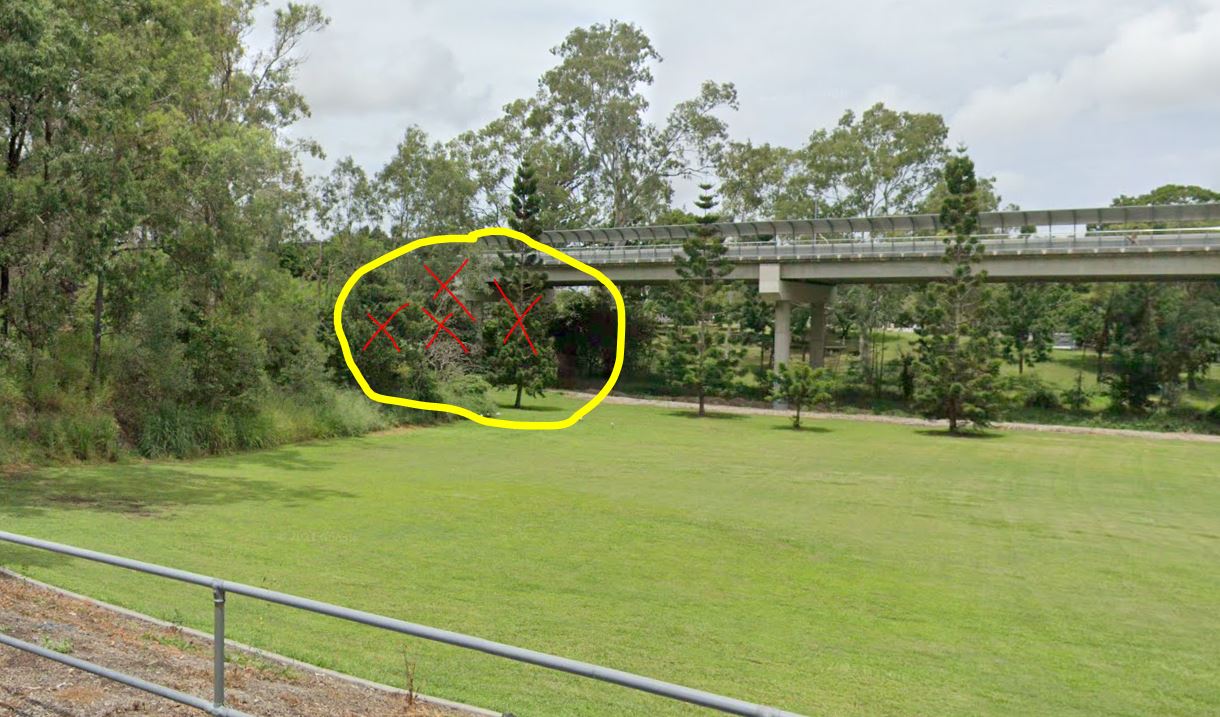 Access for the charging containers will be from the top of the slope, with a large cantilevered platform structure jutting out from the hillside where these trees grow

If you’re concerned about this proposal, please write to [email protected] to:

- insist that no trees be removed for this project

Residents are starting a community campaign to pressure Brisbane City Council and the University of Queensland to rethink this environmentally destructive solution. If you've like to get involved, send us an email at [email protected] and we'll connect you with the other residents. Whether or not BCC ultimately listens to us on this issue, it's important to put up a strong fight to defend the principle that public green space should not be treated as expendable, so that other infrastructure projects in the future do not lead to similar losses of green space.

We’ll update this page with more information as it becomes available.