As well as objecting to over-the-top developments, I wanted to highlight positive examples.

The projects featured below certainly aren’t perfect, but they do include elements that we can learn from. My deeper concerns about over-development are not just about specific design features in individual buildings, but the major shortfall of public infrastructure and services and the unfair and unsustainable economics of our whole housing system.

Unfortunately, although there are some well-designed new projects around inner-Brisbane, most are overpriced, and none of them include any public housing to help get vulnerable people off the street. 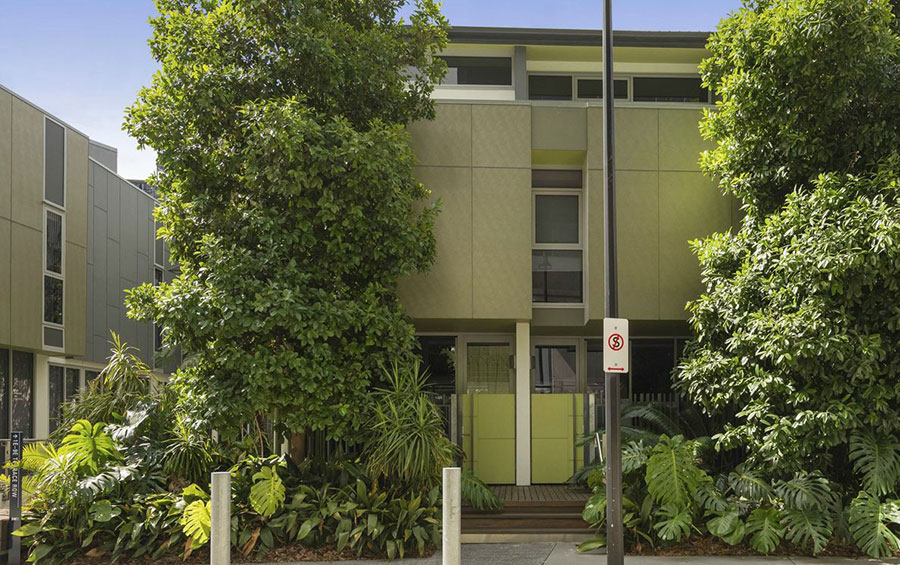 The townhouse component of SW1 on Merivale St, South Brisbane fits 116 bedrooms (36 townhouses and 2 studio flats) on a 5300m2 footprint. That’s a site density of approximately 220 bedrooms per hectare with a height of only 2-3 storeys,* plus lots of lush screening vegetation, publicly accessible walkways, and communal gardens.

The developers achieved a reasonably high density without dominating the streetscape. Lowrise density allows more sunlight to penetrate to street level, making it easier for street trees to thrive and preventing the wind tunnel effect that’s caused by squeezing lots of tall towers too close together. 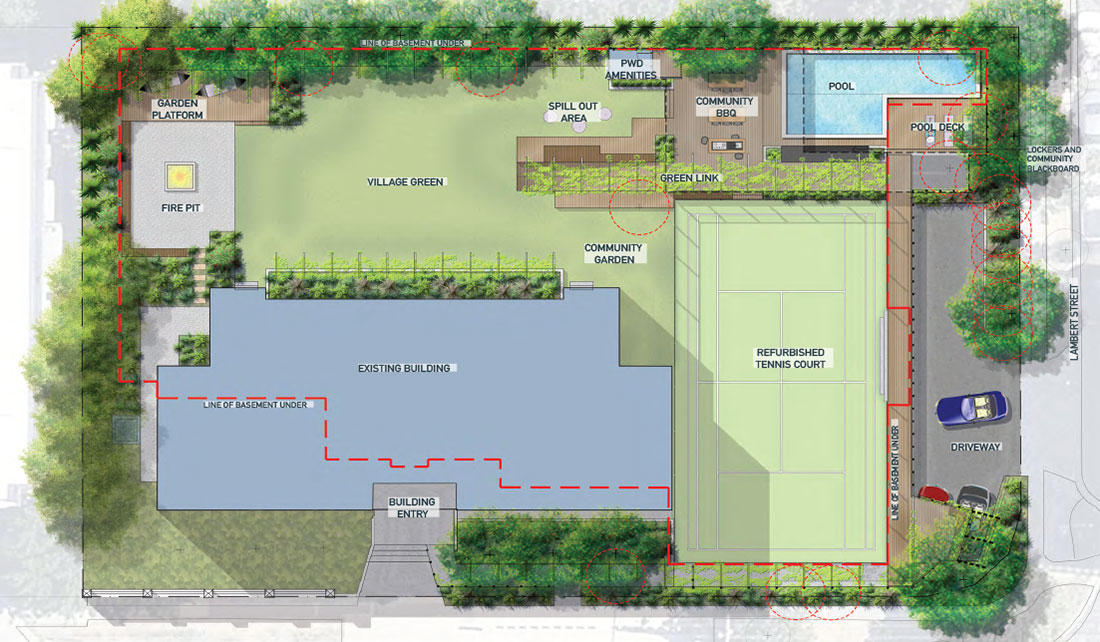 The older 10-storey tower at 83 O’Connell St, Kangaroo Point doesn’t activate the street very well, but does achieve a site density of 375 bedrooms per hectare while leaving plenty of room for a shared pool, tennis court, and open grassy area.

Most highrise towers still rely on non-renewable resources and unsustainable building practices. Cement production alone contributes 4%-8% of global CO2 emissions. So it’s great that the new commercial development at 25 King St, Fortitude Valley is predominantly made of timber rather than concrete and steel.

Unfortunately with lots of glass windows that don’t open, it’s still dependent on air-conditioning, however the project does also include rooftop solar panels and rainwater harvesting. (This developer is also involved in dozens of ecologically destructive suburban sprawl projects around Australia, so it’s nice to see them taking small steps in a different direction).