Density is not intrinsically 'good' - it depends how you do it

I’ve gotten sick of responding to the same simplistic comments on social media over and over again, so I thought I’d just write a quick blog post about it.

In conversations about urban planning and development, it’s increasingly common for people to talk about density and densification like it’s an inherently good thing. I hear it from politicians, from property developers and even from some environmentalists who haven't spent enough time thinking and reading about the issue (perhaps unsurprisingly, experts with a detailed background in urban planning are usually much more resistant to these over-simplifications). Actually, whether density is ‘good’ depends a lot on how we densify, and what kinds of density we’re talking about.

If you’re looking for more commentary by expert researchers in this space, I encourage you to check out this podcast.

We’re all familiar with the valid and legitimate critiques of conventional suburban sprawl development. Building over farmland and bushland for car-centric dormitory suburbs is unsustainable and environmentally destructive. It’s an inefficient use of land and resources, and providing services like public transport, sewerage etc. to these low-density neighbourhoods can be extremely costly.

But just because the most common forms of low-density suburban sprawl are extremely problematic, doesn’t mean that all forms of higher-density development are automatically efficient, sustainable, or intrinsically ‘good.’

Rather than mindlessly parroting the property developers’ narrative that ‘any densification is a good thing’ we need to ask more nuanced questions about what kinds of density, how land is being used in practice, and how people in these neighbourhoods are meeting their basic needs. There are many contemporary styles of building and neighbourhood – e.g. the high-density residential precinct at the northern end of Kangaroo Point – that are not at all 'sustainable' or 'efficient.'

Kangaroo Point as a local example of unsustainable density

The peninsula of Kangaroo Point (as distinct from the southern half of the suburb) is one of the most densely-populated neighbourhoods in the entire state of Queensland, and is only a couple hundred metres from the CBD. Yet census data suggests that almost half its residents drive daily as their main mode of transport (even before covid scared everyone off public transport). This is due to a combination of factors including:
- poor public transport
- the over-abundance of free underground parking
- streets that are designed to prioritise cars over pedestrians, and
- the lack of mixed land uses and a scarcity of local shops and community facilities, which means many residents have to travel out of the suburb to access essential goods and services.

The shortage of public green space in certain areas (e.g. the Lambert St precinct) means that in some cases residents are even driving long distances simply to walk the dog or kick a ball around in the park. High-density residential development that's not accompanied by good public transport or local services and public facilities can in fact contribute to apartment residents leading similarly problematic car-centric lifestyles as the residents in sprawling outer-suburban low-density dormitory suburbs.

On top of this, the tall residential towers of Kangaroo Point are energy-intensive to operate and maintain, as they are heavily reliant on air-conditioning, artificial lighting and water pumps. They’re also resource-intensive in their construction, requiring huge volumes of concrete and steel (don’t even start me on how costly, disruptive and resource-intensive it can be to repair one of these buildings if something major goes wrong). 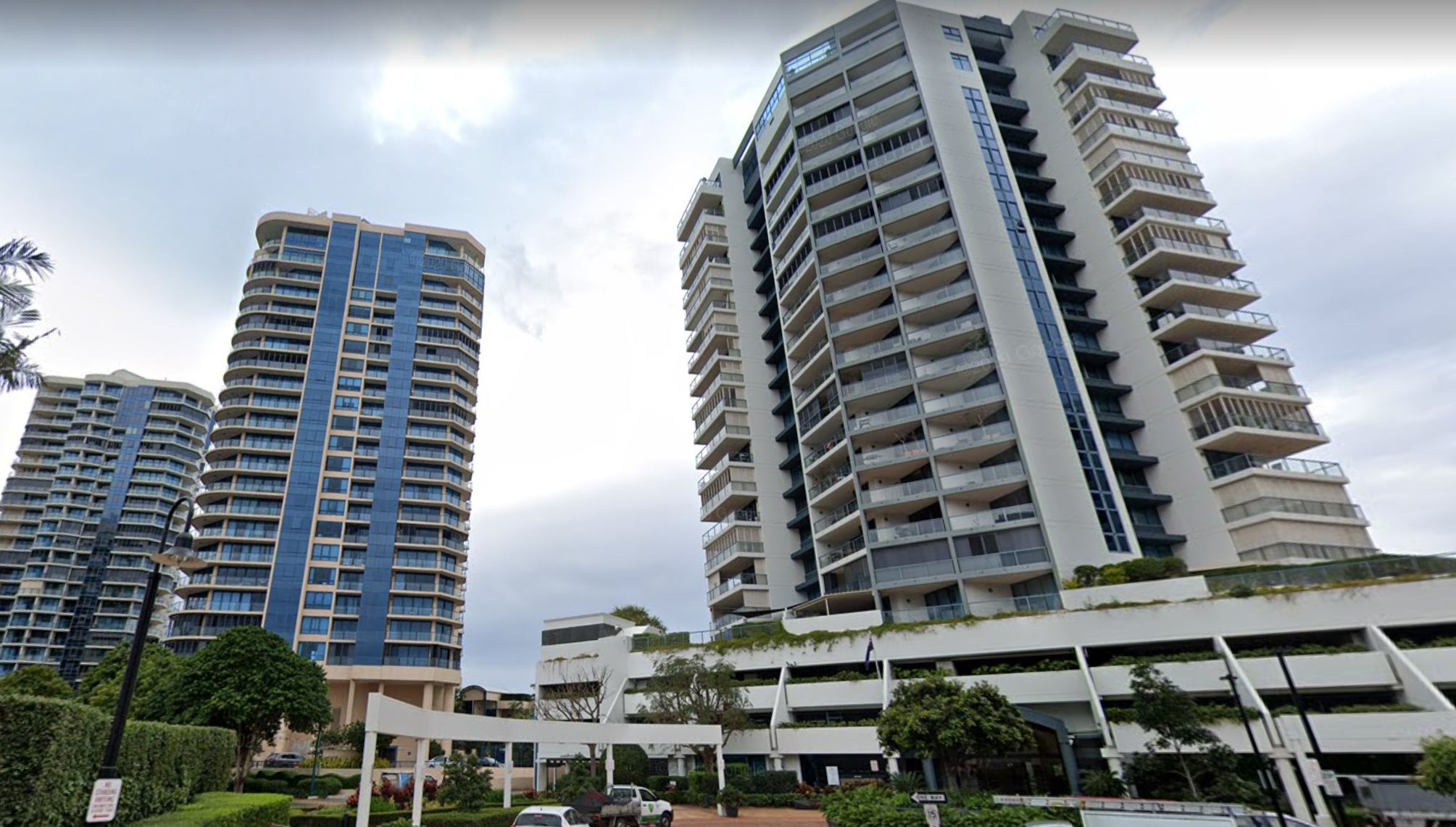 Kangaroo Point's Dockside Precinct has been a high-density neighbourhood for a couple decades, but most residents still drive and have relatively high per capita energy consumption

Even beyond direct energy demand and embodied energy, this style of living has a huge invisible footprint on the hinterland, well beyond the city’s boundaries. The food residents eat, the water they drink, the material possessions they buy, and the waste they produce – it all has an impact on land and natural resources well beyond the boundaries of Kangaroo Point. Inner-city density offers some potential efficiencies by bringing people closer together, but arguably also means residents are further away from where their food is actually produced. At least in suburbia it’s possible to grow a reasonable volume of salads and herbs in your backyard, a few metres from the kitchen where they’re consumed. But that’s much more difficult in a high-density, concrete-dominated inner-city environment. As a result, these denser neighbourhoods are less resilient and more vulnerable to shocks and disruptions - from power cuts to extreme weather events that disrupt agricultural production.

Higher-density neighbourhoods can also present added challenges in terms of public infrastructure provision. I’ve written elsewhere on my blog about how much more expensive it can be to install even something as simple as traffic lights when there are so many existing services and utilities competing for space in a constrained environment. Nowadays, even relatively simple intersection redesigns around Kangaroo Point typically cost upwards of $5 million because of the need to relocate so much existing underground infrastructure.

The other commonly-cited promise of dense urban neighbourhoods – a vibrant, cosmopolitan cross-cultural milieu with a higher intensity of innovation and creativity – has also failed to materialise in Kangaroo Point. The suburb doesn’t exactly have a thriving nightlife or an abundance of art galleries, music venues, and communal festivities (I should note that the Brisbane Jazz Club is definitely worth a visit, but even it is required to shut off all live music before 10pm as a result of persistent noise complaints from nearby apartment residents).

I could go on with many more extreme examples of bad density. Refugee camps and informal urban settlements (i.e. ‘slums’) often have very dense populations. But cramming heaps of people into a compact area doesn’t automatically mean they have access to secure housing, safe sewerage systems or reliable public transport. 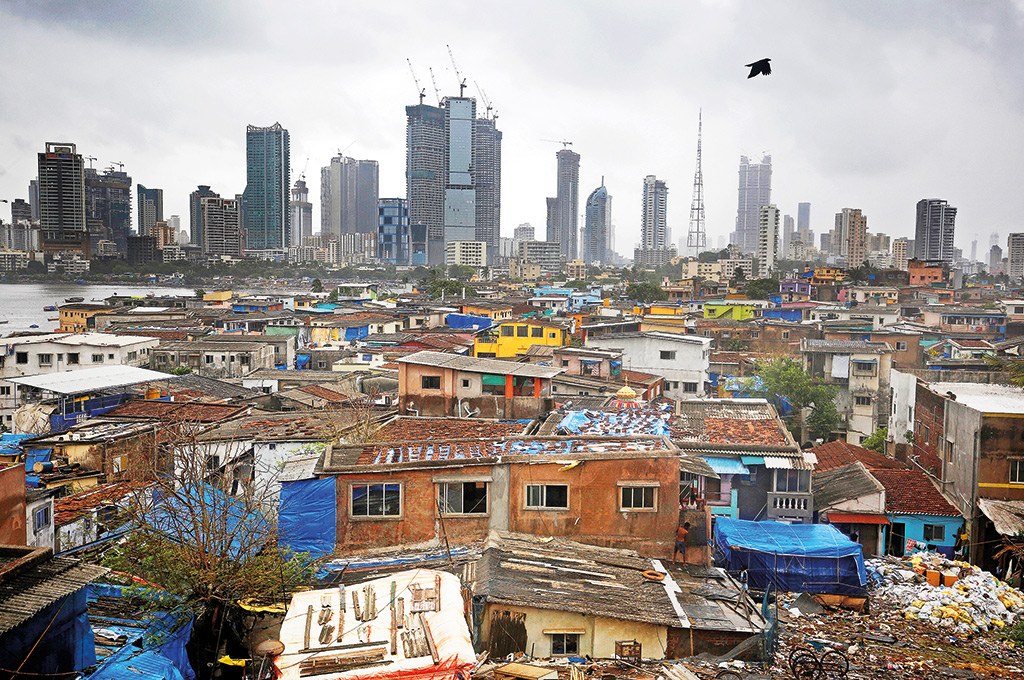 Similarly, there are many examples around the world of comparatively low-density settlement patterns where people are living sustainably, in balance with their ecosystem, producing food locally without excessive tree-clearing or land degradation.

Evaluating the difference between ‘good density’ and ‘bad density’ doesn’t just require an analysis of the building materials used or the provision of supporting public infrastructure and services. It also requires an understanding of property economics and the land value impacts of densification.

Upzoning privately owned sites for higher-density development puts upward pressure on land values across an area, and makes it significantly harder and more expensive for governments and NGOs to acquire land to deliver new public housing. This can be devastating for regions where public housing is in short supply.

Densification without any concern for equity or social justice tends, in practice, to result in low-income inner-city residents being displaced to outer-suburban areas where transport costs are higher, further away from support services and job opportunities. Unfortunately most decision-makers who have any power over urban planning decisions in cities like Brisbane seem to care little for the negative impacts of gentrification.

I don’t want this to turn into a longer essay on densification and the best forms of urban development (maybe it’s too late and this is already becoming an essay? Perhaps I'll have to write something more detailed about this topic sometime soon...), but I simply want to prompt the “all density is good!” disciples to pause for a moment, and accept that this is a nuanced issue. Sometimes densification can be good. And sometimes it’s not as desirable. The devil’s in the detail.