Right now in Brisbane, investment in local infrastructure and services like pedestrian crossings, parks, flood mitigation and public transport isn’t keeping pace with population growth. There are a number of interrelated reasons for this that would take a long time to unpack, but the top three are:

1.    Developers aren’t contributing enough money to cover the cost of infrastructure in the inner-city.

2.    There is no requirement for money which is collected from development in a certain neighbourhood to be spent in that local area – instead it goes into general revenue.

3.    Too much money is spent on costly and ineffective road-widening projects, leaving very little for other kinds of infrastructure.

When a large new residential or mixed use development takes place in the inner-city, there’s a range of infrastructure that needs to be delivered specifically to support the new residents and businesses. These include immediate and obvious upgrades to sewerage, stormwater and mains water services, but also upgrades to public footpaths, garden beds, signage, lighting and road infrastructure. As residents move in, investment is also required in the surrounding neighbourhood to provide more public parks, sport and recreation facilities, community centres, libraries, swimming pools, pedestrian crossings, bike lanes and public transport services. These kinds of public infrastructure and services are largely funded by the local council, but greater state government investment is also required for new schools, hospitals and public housing. 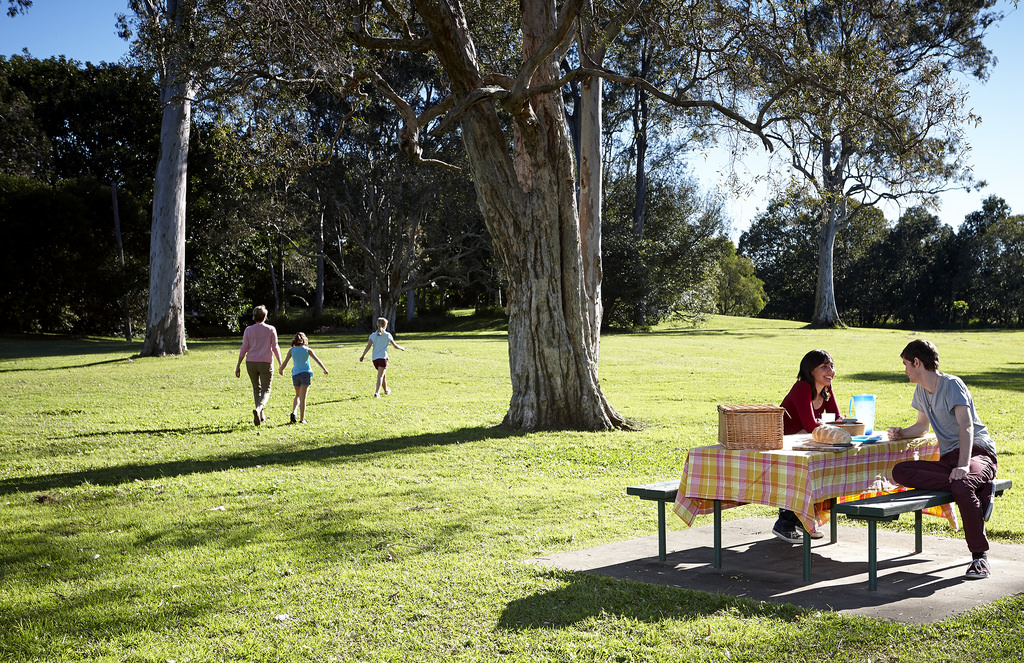 All of this obviously costs a lot of money. And in the inner-city, the costs of delivering infrastructure are substantially higher because land is so expensive. For the price of buying a block of land for a small public park in somewhere like West End, the council could instead deliver a much larger park out in the suburbs. Any kind of road work, including intersection upgrades or upgrading underground pipes, is also more expensive and disruptive in high-traffic inner-city areas, particularly in older neighbourhoods where existing infrastructure is very old and different underground services have been installed on top of each other with very little long-term planning.

Apartment residents can sometimes have a higher dependency on public infrastructure. Because they don’t necessarily have their own private backyards or entertainment areas, their reliance on public parks and community facilities can be greater. There’s nothing wrong with this of course, because apartment living is generally much more sustainable than suburban sprawl, but it does come with a cost.

What are infrastructure charges?

So for a new residential complex with 150 2-bedroom apartments, a developer would only be paying around $3 million in infrastructure charges - $1.5 million towards QUU’s water and sewerage upgrades and $1.5 million to Brisbane City Council. This doesn’t even come close to covering the cost of all the local infrastructure needed to cater for those residents.

Property developers often make a lot of money on new residential developments. Profits generally range from 10 to 25% of the total project cost. So in the context of the millions of dollars these apartment complexes are selling for, the amount of money that council receives to pay for infrastructure is comparatively small.

When infrastructure charges are low, money from general rates revenue has to make up the difference. Private developers are reaping substantial profits from their projects, while ordinary ratepayers are footing the bill of providing the public infrastructure that makes the development more attractive to potential buyers.

The State Government’s current $20 000 and $28 000 caps on residential infrastructure charges are far too low for councils to raise the money needed to acquire land in the inner-city. This is part of the reason why there is now such a significant shortage of public green space and community facilities in suburbs like West End and Woolloongabba.

If State Government MPs are concerned that infrastructure is not keeping pace with population growth, one of the quickest and most straightforward reforms they can introduce is to remove infrastructure charge caps, to allow councils to charge developers more.

Infrastructure charges should be spent locally

Infrastructure charges are supposed to be collected and spent for the very specific purpose of upgrading infrastructure in areas where development is occurring.

Infrastructure and services which cater to the whole city, or infrastructure which is delivered to serve the needs of an existing neighbourhood which is not experiencing growth and development, are supposed to be funded out of general rates revenue.

Historically, a large proportion of infrastructure charges was paid into local ward budgets that were allocated by individual councillors (ideally after close consultation with residents). This meant that more of the money which council collected from developers was actually spent in the areas where development was occurring. Similar systems still exist in neighbouring local governments like Logan City Council. When local councillors and communities have more direct control over how money is spent, they tend to allocate it more effectively in response to local needs. Drawing on the wisdom of local residents about what infrastructure projects are the highest priority is often more accurate than the algorithms and potentially flawed modelling used by large bureaucracies like Brisbane City Council.

However nowadays in Brisbane, there is no requirement whatsoever that money collected via infrastructure charges should be spent locally. This has created a situation where money which should have been spent to provide parks and pedestrian crossings in high-growth areas is instead spent on outer-suburban road projects.

One of the main reasons that infrastructure charges are not spent locally and instead go into general revenue is that Brisbane’s Lord Mayor and the inner-circle of senior LNP City Councillors prefer to exercise more control over how money is spent around the city. This gives them the power to make big expensive commitments around campaign time in marginal seats so that they can win over voters.

Often, when I raise concerns about the lack of public infrastructure accompanying inner-city private development, the Liberal councillors will say things like “Oh but we’re building the Brisbane Metro – that goes right through the Gabba Ward!” or “We’re spending over $120 million on congestion-busting projects in East Brisbane!” even though such projects are primarily intended to benefit commuters from suburbs further out, rather than directly catering to the growing inner-city population.

In Logan City Council, where the wards are much smaller and the population is lower, each city councillor gets to allocate a local budget of $950 000 per year on minor infrastructure like roundabouts and pedestrian crossings. Each Logan Councillor also gets to allocate a $150 000 annual budget for park upgrades, as well as a much larger parks budget which is shared between three or four neighbouring wards. So despite being a much smaller council, individual councillors and communities actually have far more input and control over how infrastructure funding is allocated than they do here in Brisbane.

While there are certainly persuasive arguments that some of the money from infrastructure charges should be allocated centrally by the whole council - particularly for public transport and bikeway infrastructure - it is difficult to see why money for park upgrades, community facilities and pedestrian safety improvements can’t be allocated locally. 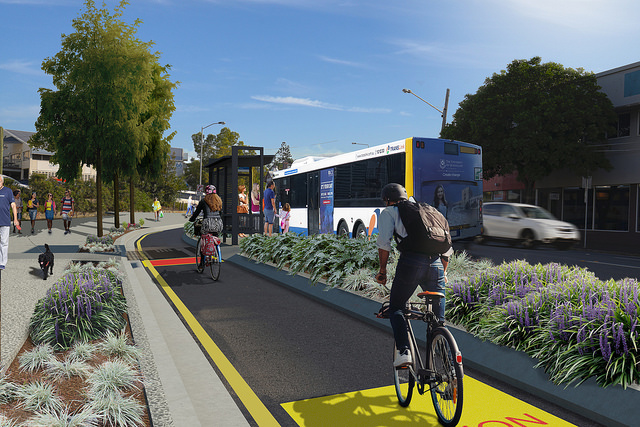 Consistent evidence from around Brisbane and hundreds of other cities throughout the world demonstrates that when a city council widens an intersection or stretch of road to allow more cars to pass through it, this gradually leads to more people choosing to drive through that route. Over time, the additional road space is filled with more vehicles, and the traffic congestion remains. This phenomenon is called ‘induced demand’. You can read more about it at this link.

Brisbane City Council spends a phenomenal proportion of its annual budget on road widening projects. These projects are extremely expensive, and also highly disruptive to the surrounding community. Residents living immediately along the road corridor lose their homes, businesses lose customers due to roadworks and footpath closures, and the noise and air pollution significantly reduces the amenity for all the people still living in the area after the ‘upgrade’ is completed.

The project to widen Kingsford Smith Drive will ultimately cost BCC around $700 million. Stage 1 of the Wynnum Road Corridor Upgrade, which is widening a 700-metre stretch of Lytton Road in East Brisbane from four lanes to six lanes, will cost upwards of $130 million.

One of the most expensive elements of any road-widening project is the need to realign underground services. These costs aren’t always apparent to residents. Usually, when the edge of a road is moved, this can necessitate digging up and reinstalling water mains, sewerage pipes, stormwater pipes, electrical cables, and phone and internet cables. This involves a range of different professional skillsets, and coordinating with a number of different organisations.

As one council employee said to me, “Major road projects chew up funding like nothing else. It never ends.”

For a range of reasons, Brisbane City Council tends to spend too much on major road-widening projects, and too little on other forms of infrastructure. Many Brisbane residents are obviously concerned about traffic congestion, but whereas other cities address congestion by improving public transport, pedestrian crossings, bike lanes and encouraging the establishment of small businesses in close proximity to residential areas, Brisbane just builds more roads.

There are hundreds of streets throughout Brisbane that require new pedestrian crossings, or different kinds of traffic calming like speed bumps and chicanes. There are dozens of arterial roads that still don’t have safe, separated bike lanes. Even in the inner-city, there are major pedestrian routes that still aren’t wheelchair accessible, such as the Kangaroo Point pedestrian underpass beneath the Story Bridge. But because BCC spends so much on big road-widening projects, it doesn’t have enough money for all of these small infrastructure upgrades that would significantly improve residents’ lives.

So when the Lord Mayor says that he doesn’t have enough money for that new pedestrian crossing you’ve been asking for, or to buy land for a new public park in the inner-city, or to install lighting along that dark, lonely stretch near the train station, part of the reason is that he is wasting so much money on road-widening projects that aren’t actually solving the problem of traffic congestion anyway.

I could write all day about infrastructure funding and the failure to prioritise projects that represent the highest value for money, but hopefully this gives you a bit of an idea of what’s going wrong here in Brisbane. We need the State Government to increase infrastructure charges so private developers can be made to contribute their fair share, but we also need BCC to spend money on local projects in high-growth areas, rather than wasting it all on major road corridor ‘upgrades’ just to attract a bit of media coverage.

Here is a link to a file which details all of the infrastructure charges that have been collected in the Gabba Ward between 2011 and 2020. More recent info is available via the BCC website.