It's pretty rare for new bus services to be introduced in Brisbane, let alone a free service. So I'm very excited that BCC has agreed to launch a new free bus loop for the Kurilpa Peninsula, running counter-clockwise along a triangular route following Grey Street, Montague Road and Vulture Street, between South Brisbane and West End.

BCC has told us the service will begin operating from Monday, 23 January, 2023 (although I do take that with a grain of salt, as they originally told me it would begin in July 2022).

The Kurilpa Triangle service - officially designated as Route 86 - will run from 10am to 11pm, seven days a week, on a frequency of 10 to 15 minutes. This new free loop is being introduced on a trial basis to partially compensate for connectivity impacts from the Brisbane Metro construction project. Whether it continues long-term, and whether its operating hours or frequency can be improved, will depend on its popularity. If it gets a lot of use, it'll be easier to advocate for it to continue operating beyond the Metro construction period. You can find more of my previous commentary regarding advocacy for this route at this link. 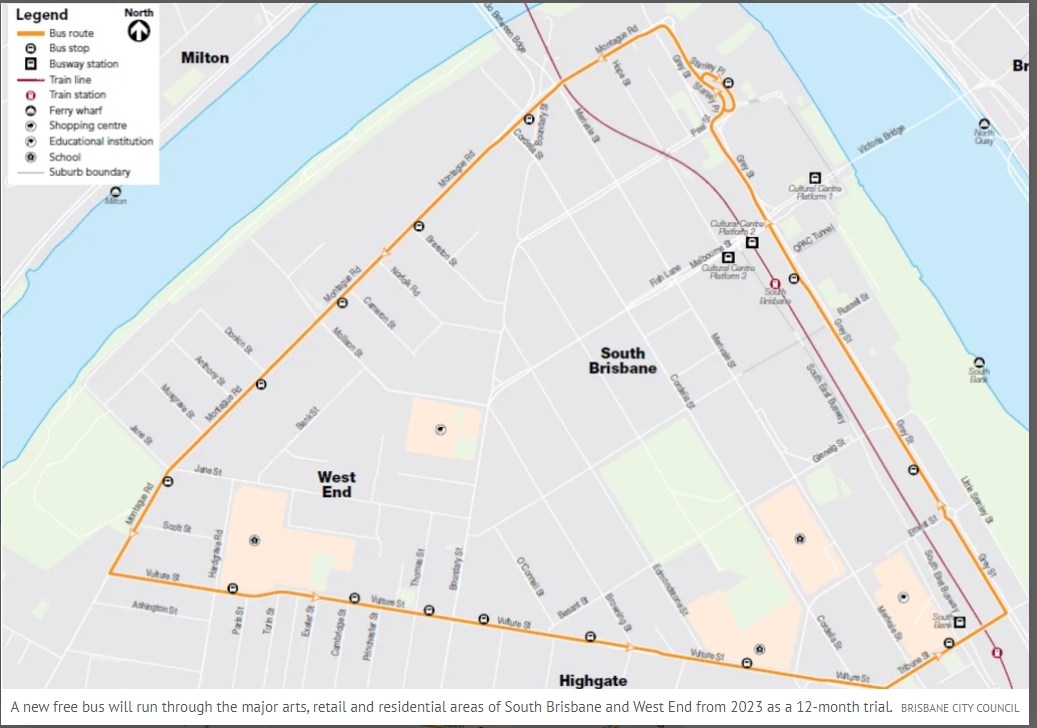 Official details haven't yet been published on the State Government's Translink website, but we understand route 86 will service the following stops:

Why doesn't the service run in both directions?

It's a little inconvenient that the new trial service only runs counter-clockwise, and that you can't catch it in the opposite direction. The main reason for this is that there's no suitable intersection for buses (which need more turning space) to turn right from Grey Street onto Vulture Street. In the future, the intersections of Vulture St-Grey St and Vulture St-Merivale St will likely be redesigned to better accommodate public and active transport modes, which could open up more opportunities for a clockwise route to be added to this bus loop service.

Why doesn't the service start earlier on weekday mornings?

I would much prefer it if this service started from 7am in the mornings rather than 10am. As this is a trial service, available funding for the new route was somewhat limited, which meant some trade-offs had to be made in terms of operating hours.

From what I could glean from council officers, two factors in particular are contributing to making it more costly and difficult for it to run as a reliable service during the morning peak period:

1. There's currently a citywide shortage of trained, qualified bus drivers who are available to operate council services during the busy morning peak periods. As a result of the city council and state government relying too heavily on an increasingly casualised bus driver work force, and the council administration's failure to attract and retain experienced drivers, it has become harder to find enough drivers to cover all morning peak period bus services across the city, and a new trial route like this is a lower priority.

2. This loop route uses some very congested road corridors. Vulture Street in particular is extremely slow and congested on weekday mornings, as are parts of Grey St and Montague Rd. A local service running during the morning peak would be so slow and unreliable due to general traffic congestion that it would often be quicker to walk between West End and South Bank than to catch a bus. This highlights why we need to consider converting sections of general traffic lanes along Vulture St and Montague Rd into dedicated bus lanes. If we could find space for dedicated bus lanes (at least on the approaches to key busy intersections) it would be much easier for this service to operate reliably during the morning peak. But achieving that would require taking away street parking space and general traffic lane space from cars (which is something I support, but which the LNP council administration is still resistant to).

I'm very pleased that I've been able to help secure this new free bus service for the 4101 postcode.

However, considering how much population growth our area has experienced in recent years, this doesn't even come close to meeting our needs for improved public transport services. My other public transport advocacy priorities for the Gabba Ward include:

Please note that we are also currently consulting on whether to relocate one of the Blue Cityglider stops on Montague Road. 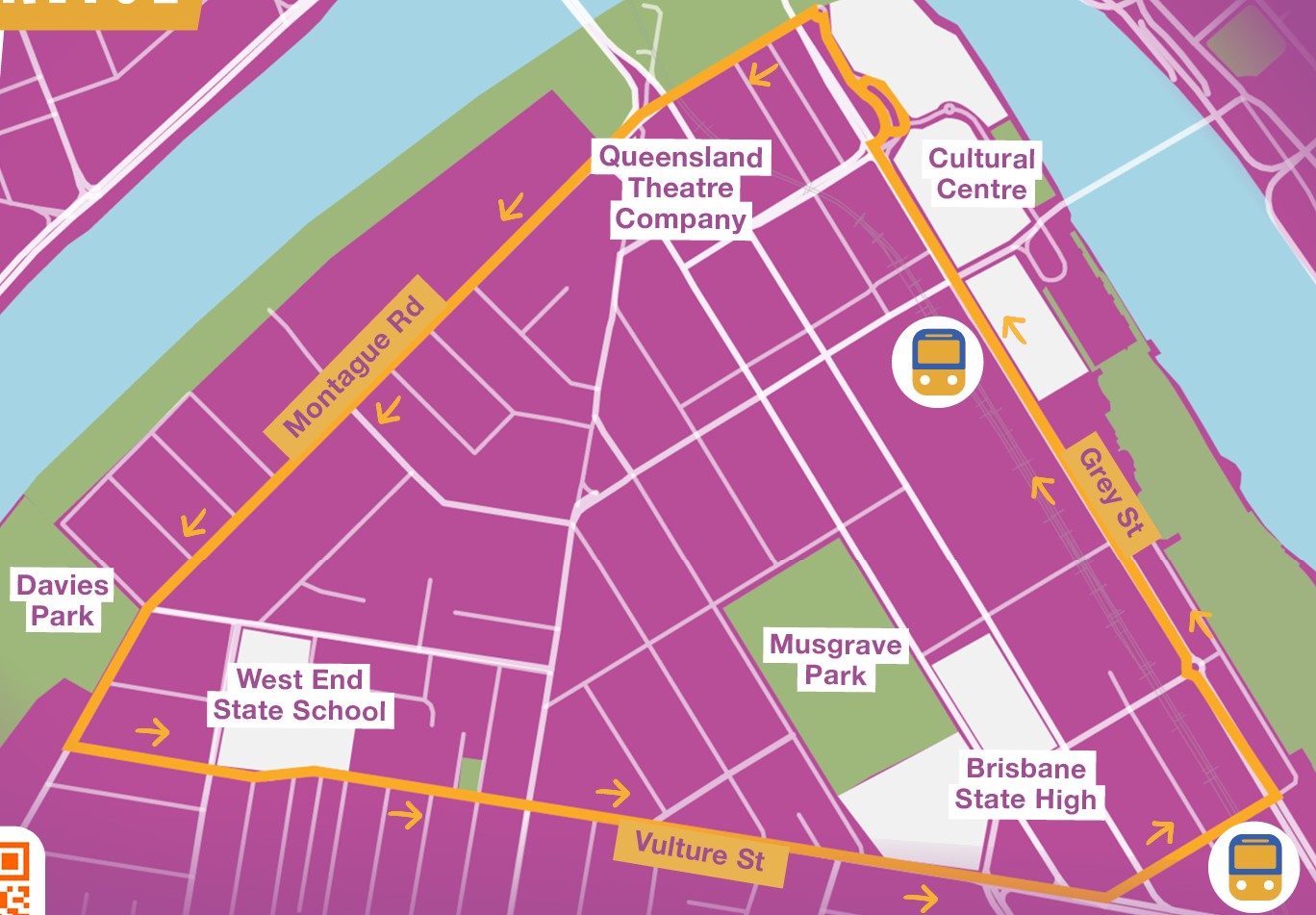