Like all city councillors in Brisbane, our Gabba Ward Office has control over a $34 000/year grants budget for local events and projects (this has been cut drastically by the LNP in recent years - it used to be $75 000/year). Officially, this program is called the Lord Mayor’s Community Fund and you can find the grant rules at this link. If you're thinking of applying for a grant from my office, please give us a call on 3403 2165 first.

With 45 000 residents living in the Gabba Ward, as well as hundreds of community groups and amazing local projects that deserve support, you can imagine that competition for local grant funding is very tight.

So in addition to the grant rules set by BCC (which include the usual criteria like ‘must be a not-for-profit project’ etc.) here are some additional elements that my office looks at when we’re weighing up which applications to support. These are not hard-and-fast rules, but general guidelines that help us decide where we allocate our very limited grants budget, given that we always receive far more eligible and worthy applications than we can afford to support.

One advantage of our Gabba Ward grants program is that it’s quite flexible and quick at turning around money. It can even be accessed by unincorporated community groups that might not have the capacity to chase private sector funding or to apply for and acquit larger grants from other bodies. So as much as possible, we like to prioritise money going towards smaller groups that aren’t receiving any other government or corporate funding.

We very rarely provide grants to larger charities and NGOs because they are better placed to tap into other funding streams. 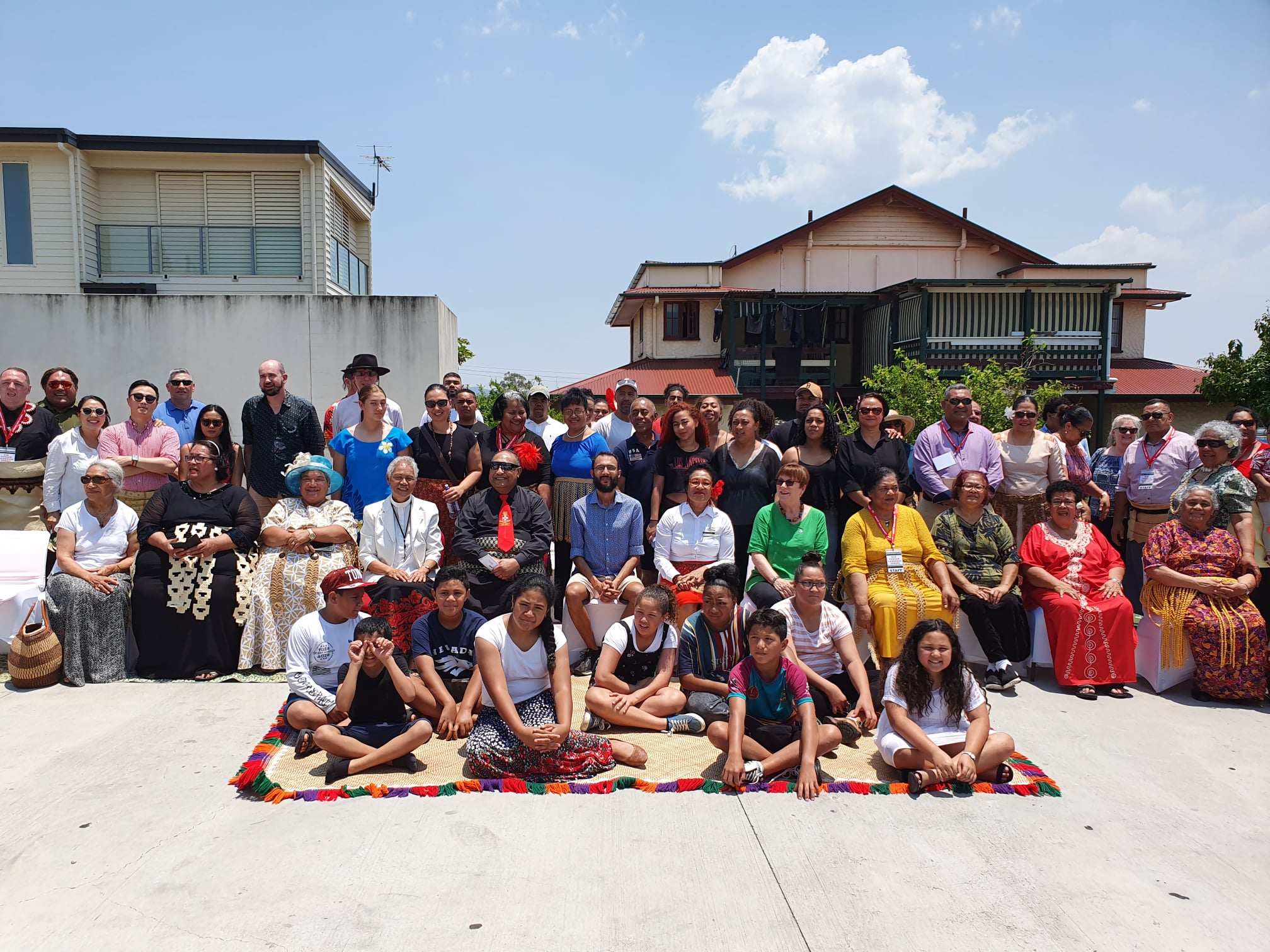 Opening celebration of the Tongan Language School in Highgate Hill

2. No schools or tertiary education institutions

There are so many primary schools, high schools and higher ed institutions in our electorate that even if we just gave each of them $1000 a year, that would chew up at least a third of our grants budget. We take the view that education should be fully publicly funded, and we don’t want to let the state and federal governments off the hook for their funding shortfalls by cannibalising our local community grants budget.

Generally speaking, unless there’s a very clear and significant benefit to the wider community for a school-based grant application, we simply adopt a consistent refusal to all grant requests from schools. It’s a bit ruthless taking this hard line, but at least it allows us to be consistent rather than picking favourites between different schools around the ward.

We do, however, allocate a small chunk of my office budget (which would otherwise be spent on printing and office supplies) to buying raffle prizes (up to the value of $100) to donate to various school P&C fundraisers. We have also in the past provided grants to help establish new extra-curricular schools, such as buying books and resources to help the Tongan community kickstart a new language school in Highgate Hill.

There are so many events and festivals around my ward that we simply can’t afford to financially support them all. There are dozens of gigs and concerts literally every week. So rather than giving money to some gigs and not others, we prioritise events that involve a higher degree of crowd participation, whether that’s dancing or group singing or collaborative art-making.

This aligns with our philosophy that arts and culture should be inclusive and participatory rather than passively consumed. There’s nothing wrong with a concert where a few people perform and a large audience just sits or stands there watching. But we’ve chosen to prioritise our particular local grants budget towards events that blur the distinction between performer and audience member, where everyone becomes part of the event or project. This includes big participatory festivals like Kurilpa Derby where everyone is co-creating the event, as well as smaller communal events that include open mics and jam sessions or community art projects (e.g. where someone is funded to facilitate a community group to paint a mural, as opposed to just directly paying one individual artist to paint a mural).

Similar to above, we also prefer to prioritise projects and events where organisers are mentoring others and sharing skills and knowledge with more people. So for example, we’d rather fund an anti-racist poetry workshop where experienced writers are teaching younger people of colour how to write and perform poetry, as opposed to just paying two or three experienced poets to perform their existing work. If people are learning or refining valuable skills as part of the project, we see that as a better use of grant funding than simply paying people to do something they already know how to do without passing that knowledge on to others.

If we’re choosing between two otherwise-similar projects or events, we’ll lean towards the one that can demonstrate that less-experienced volunteers are being mentored to step up into organising roles and getting the opportunity to learn from others in their community.

The same is true in terms of how money is used for events. Rather than covering the costs of renting the same equipment again and again for multiple events, we don't mind providing one-off grants to help organisations buy equipment (as long as it's going to get used regularly). For example, there have been a couple of occasions were a group has asked if we can pay for them to rent a PA system for a particular event. Our first preference is to simply loan them one of the PA systems we have here in the office, that non-profit community groups can borrow for free (contact us on 3403 2165 if you have questions about this), but if the event organiser is putting on multiple events throughout the year, and is open to sharing their gear with other groups, we might offer to give them a slightly larger grant to simply buy a PA system of their own.

This focus on capacity-building also means we tend to avoid giving grant funding to projects that are purely charitable with no real focus on system change. While we definitely recognise the value of providing direct and immediate material aid, we don't think it's the best use of this particular grant budget to simply buy stuff to give to people in crisis.

It would be easy to spend our entire grants budget every year on donations to emergency food programs. But this doesn't actually address the broader systemic failures and injustices that lead to people going without healthy food, nor does it increase the capacity of community organisations to meet people's needs on a sustainable ongoing basis.

Our goal is to empower community collectives to develop networks of mutual aid and support, with resilient funding models that are not overly dependent upon a local grants budget that could be cut further at short notice.

Being an inner-city electorate, the Gabba Ward hosts a lot of ‘citywide’ events that don’t necessarily have a strong direct connection to our local community. While we do try to support some of these cultural events with a little bit of funding, we generally encourage them to apply directly to the Lord Mayor’s office for support. While each of BCC’s 26 wards has its own “Lord Mayor’s Community Fund” budget of $34 000, the Lord Mayor himself also has a separate budget of $34 000 (plus access to a bunch of other pots of money), and we think that’s where the money should be coming from for events that happen to be held in the Gabba Ward but aren’t otherwise connected to the Gabba Ward.

So hopefully all that gives you a bit more of an idea of how we like to allocate our very modest grants budget. If you’re thinking of applying for a grant and have further questions, you’re welcome to give us a call on 3403 2165 to get an initial sense of what kinds of projects we’re more interested in supporting, before taking the time to formally submit your application via this online form. 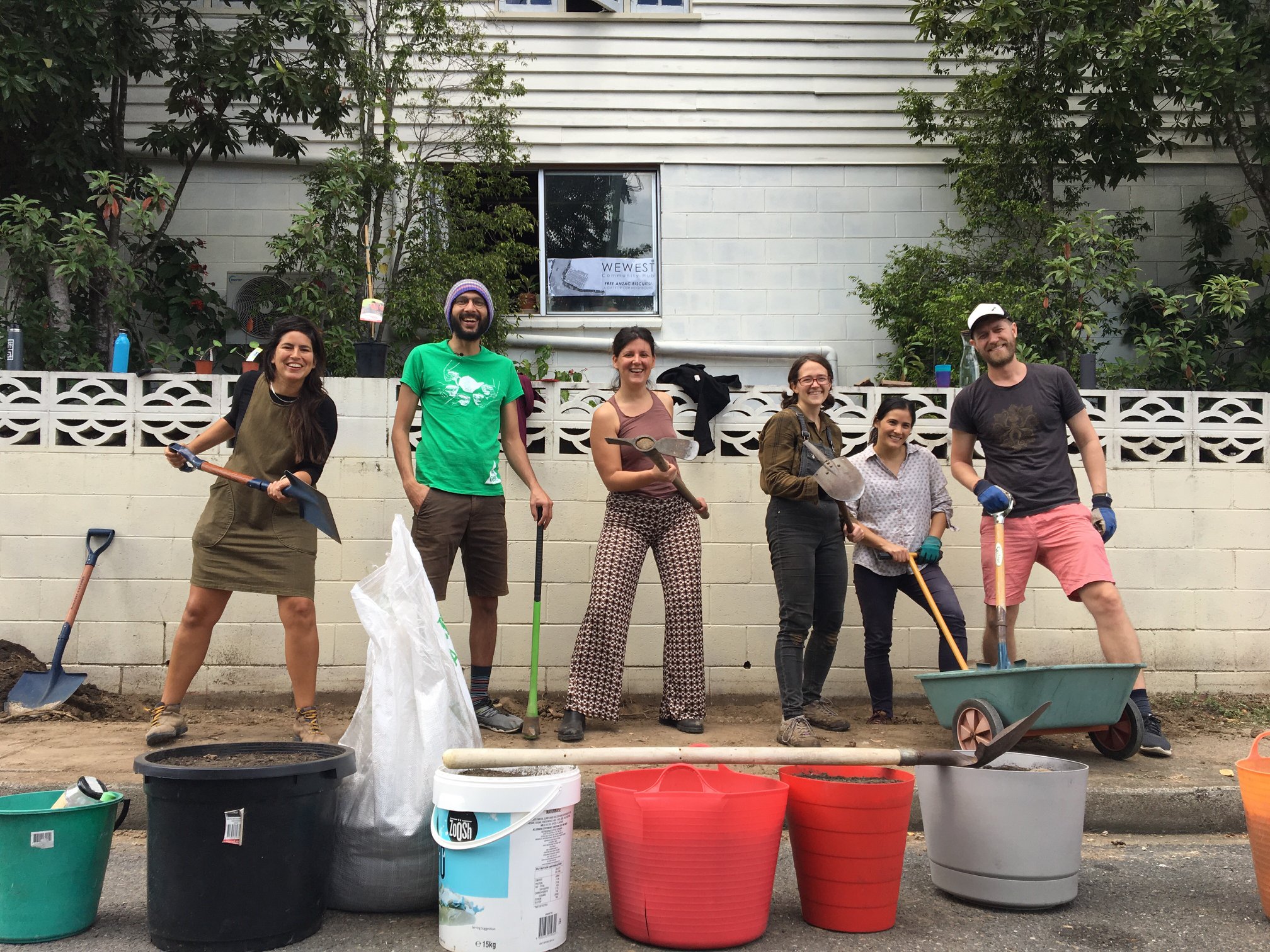 A volunteer crew at one of our verge garden planting days