Great news! After a strong pushback from the local community, Brisbane City Council and the State Government have backed down on plans to clear the vegetated under-storey from the bushland reserve in Mowbray Park. This is a small but significant win. It seems commonsense has prevailed and the political establishment has responded to residents' concerns about the need to protect this important piece of native habitat.

This was confirmed in a 'June 2018' project update from Brisbane City Council, which stated that the State Assessment Referral Agency had approved an amendment to the development approval conditions to remove the requirement for the vegetated understorey to be removed and converted to turf.

I feel confident that this change only came about after my office and local residents started applying pressure on both the State Government and Brisbane City Council, and I'd like to wholeheartedly thank the residents who took the time to call or email both the Lord Mayor and Deputy Premier Jackie Trad. 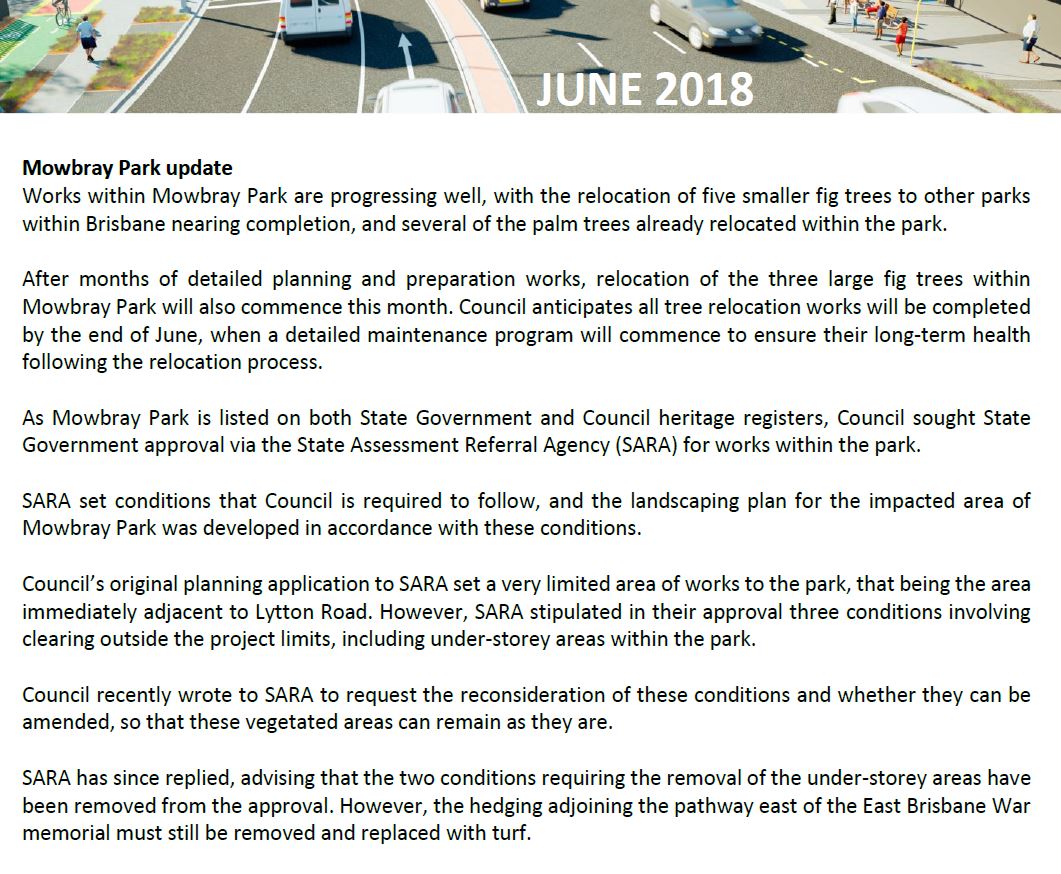 For those who missed it, part of the State Government's approval of the widening of Lytton Road included a lot of detail about how the park should be redesigned and maintained. Buried in the details of the development approval conditions is clause 2(a)(viii), which requires that the established stand of vegetated bushland be destroyed, with the undergrowth removed and converted to grassy lawn. The larger trees in this part of the park would remain, but the value of this space as native habitat would be substantially reduced.

Here's a link to the approved plans, which includes the diagrams and associated conditions.

Clause 2(a)(viii) states "the understorey plants, bollards and excess mulch within the central revegetation area must be removed and replaced with turf."

Not only are we losing many of the large fig trees along the southern boundary of the park - we're also at risk of losing this rare and beautiful patch of forest. This vegetated area is home to a range of native fauna including the bush-stone curlew. It's crucial that this valuable native habitat is preserved.

I've written to the both the State Government and the council to express my strong opposition to the loss of native habitat and I'm optimistic that they will reconsider the current plans. 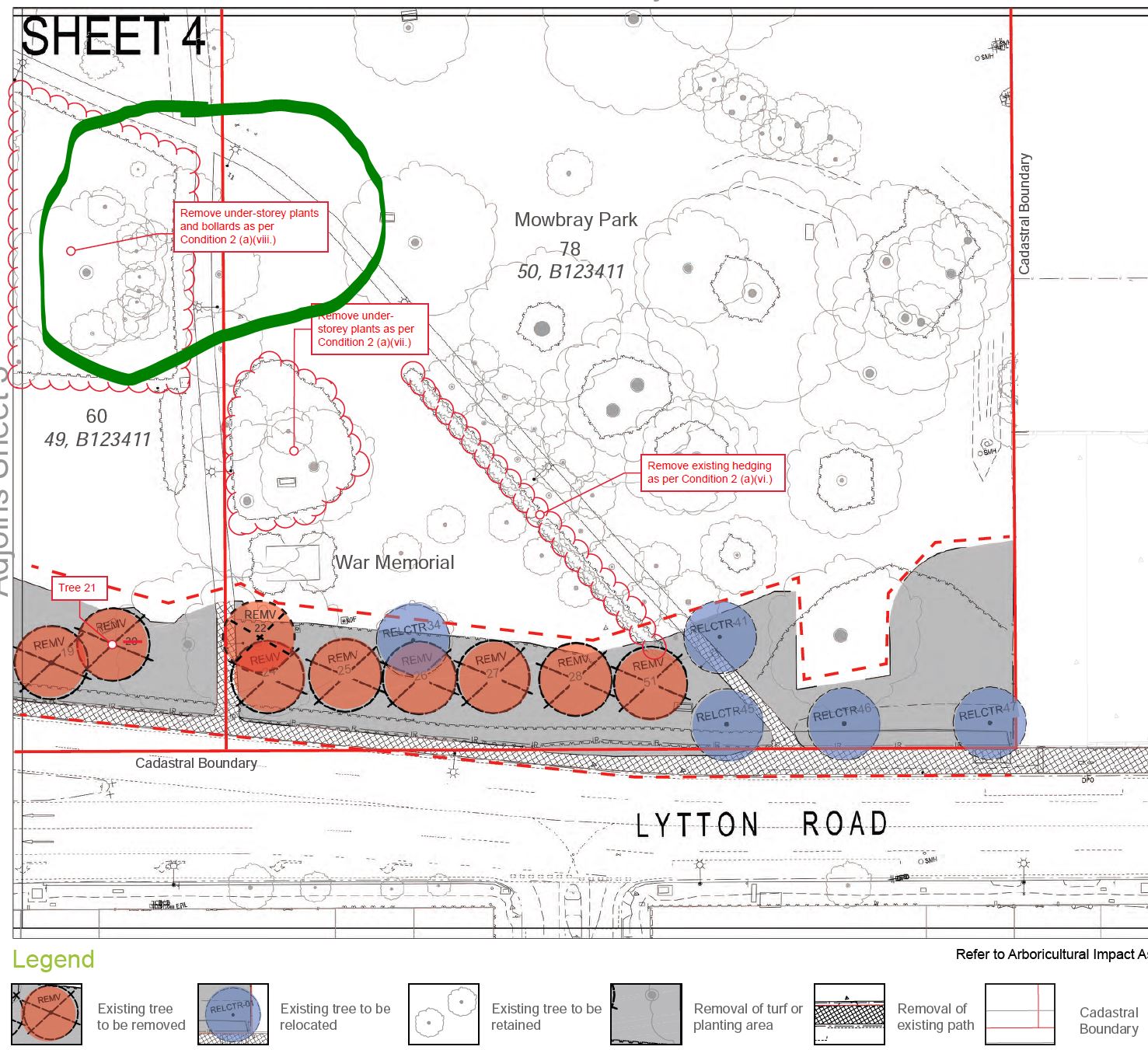