Two local film-makers Christine Schindler and Nathan Gibson, in conjunction with our office, created a beautiful and inspiring short film profiling the local radical food activism projects our office supported.  This 12 minute film tells the story of how urban farms, community orchards, seedling hubs and edible verge gardens have proliferated around Kurilpa, Woolloongabba and Bennung-Urrung as a community response to crisis.

You can watch the full 12min film here

If you are interested in organising a film screening we can support the event with: a PA system, large outdoor screen and projector (for Brisbane), copies of the Zine (below), speakers and posters (below) and help with promotion.  If the screening is in Brisbane we may be able to supply PA equipment, projector and screen (including a 3.5 meter outdoor screen) and may be able to organise a speaker from the film or one of the Directors. 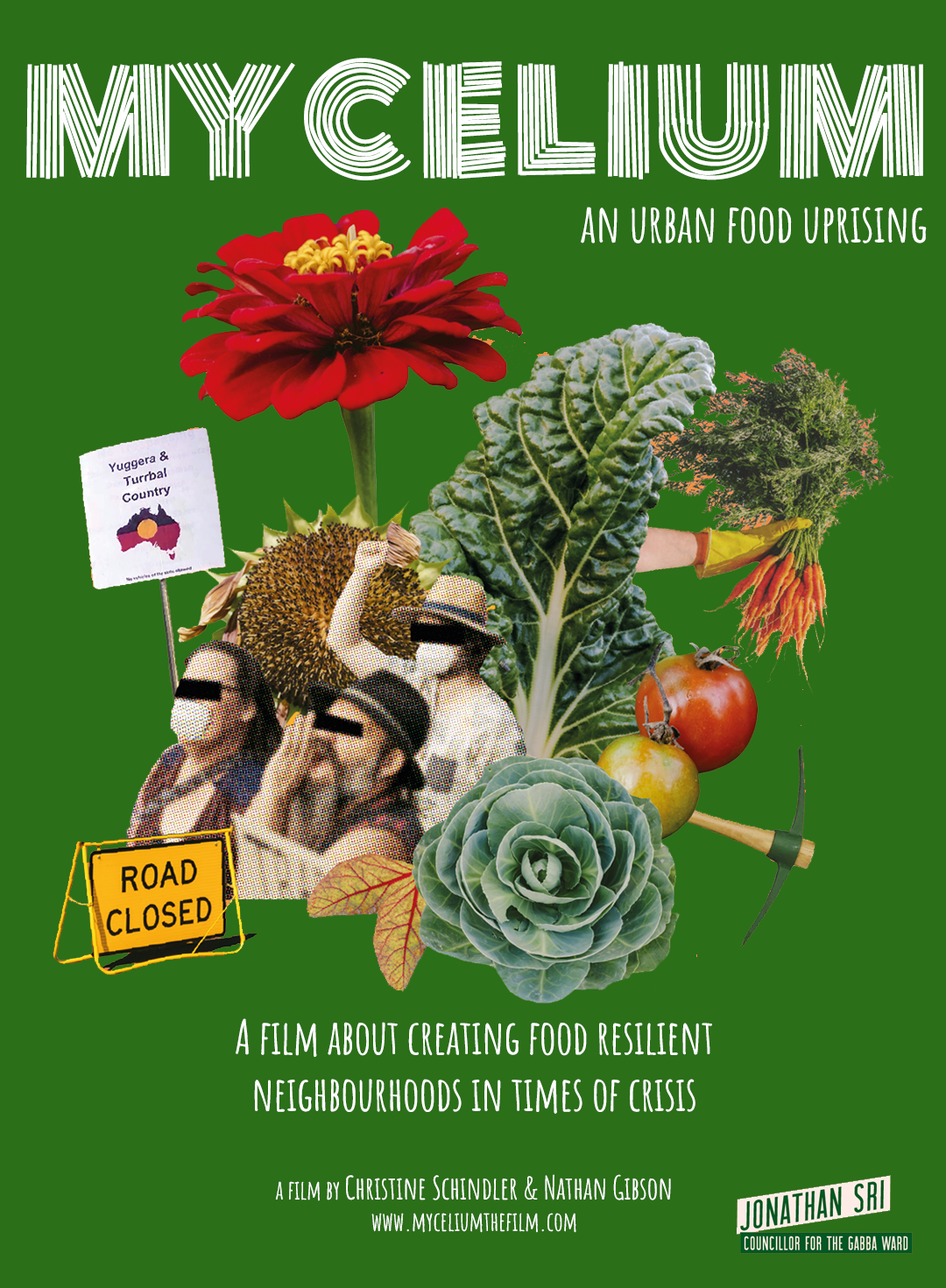