This image from a recent newsletter gives you a rough idea of just some of the many positive changes we've contributed to around the Gabba Ward and across the city over the past four years. Further below you can find a few more outcomes we're quite proud of that we couldn't quite squeeze in... 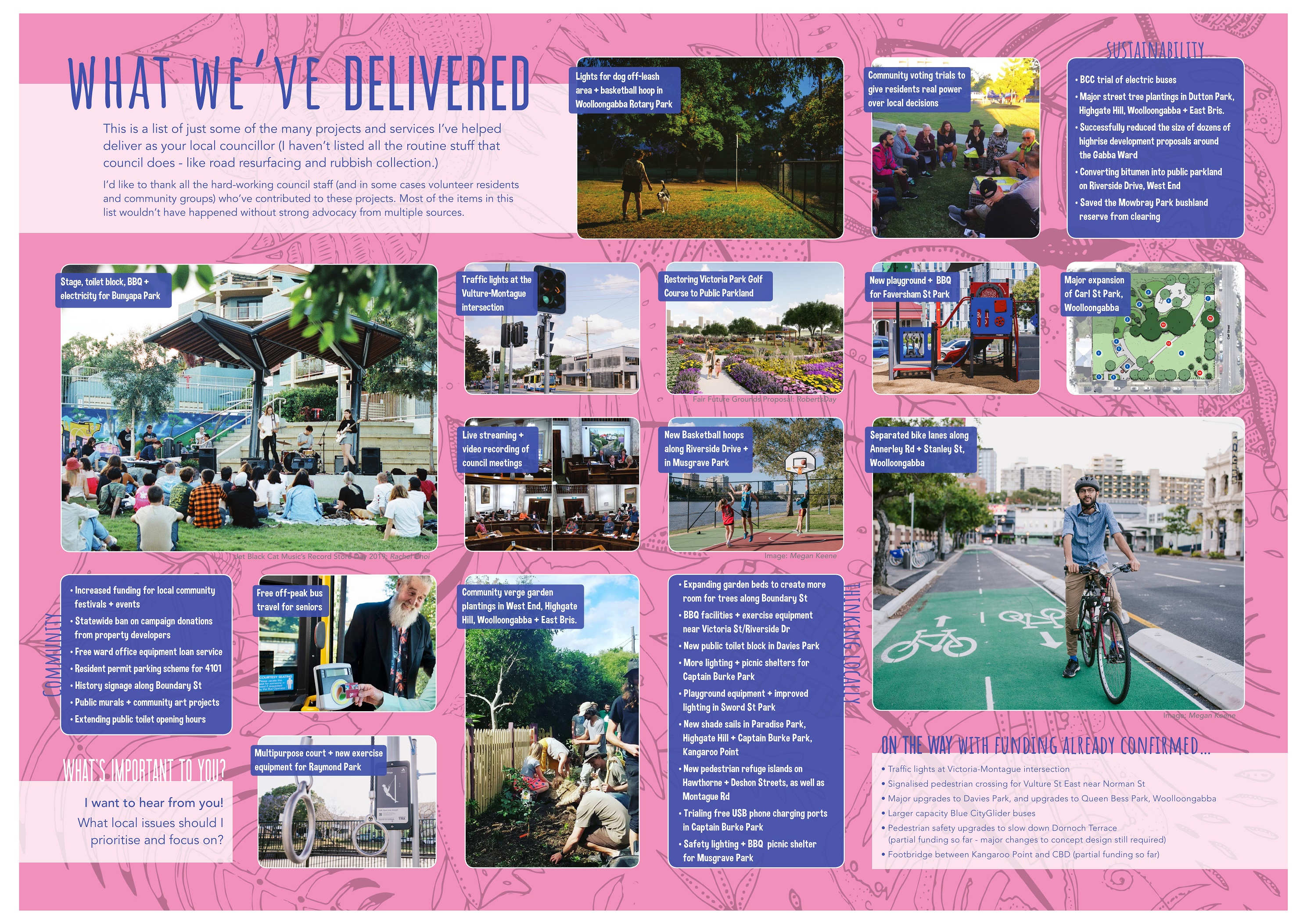 Successful advocacy for lower speed limits and safer streets, including:

- dropping the speed limit on Montague Road to 50km/h

- preventing the clearing of the bushland reserve in Mowbray Park

- new and upgraded anchor points for rock-climbers at Kangaroo Point

If you'd like to know what we've achieved regarding other issues and local needs that are important to you, shoot us an email at thegabba.ward@bcc.qld.gov.au and we can provide more details about what we've been focussing on.