Following two consultations with residents who live around the small park at the end of Queen Bess street in February and March 2019, we have come up with the following mind map that includes the improvements residents have agreed on for this site: 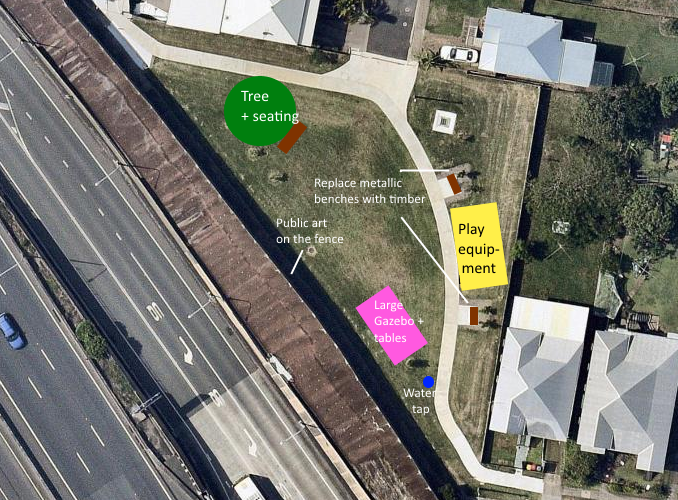 The improvements include a water tap and a large picnic shelter (6x3m), with 2 tables seating 8 people each (see pink area on map) at the south eastern end of the park - this is at the highest point of the slope. The position of the shelter should maintain a view of the city.

On the Eastern side between the path and the fence (yellow rectangle on the map), the residents support the installations of play equipment for children, as well as Monkey bars suitable for adults. This equipment should be placed away from the fence.

On the North-West side of the park residents consulted agreed on a tree for shade, with extra seating underneath. The position of the tree should leave a large area in the middle of the park for ball games.

In addition, residents have requested for the metallic benches to be replaced with timber ones, and are generally supportive of public art to be displayed on the freeway fence. While some residents because it is too close to the road on one side and the water drain on the other side and the root system might cause some damage. The idea of a vine was also brought up at the last meeting but similarly it is not a feasible option because there would be no resources allocated to maintaining them and they would likely die in the sun.

Below are examples of the type of play equipment that could be installed: 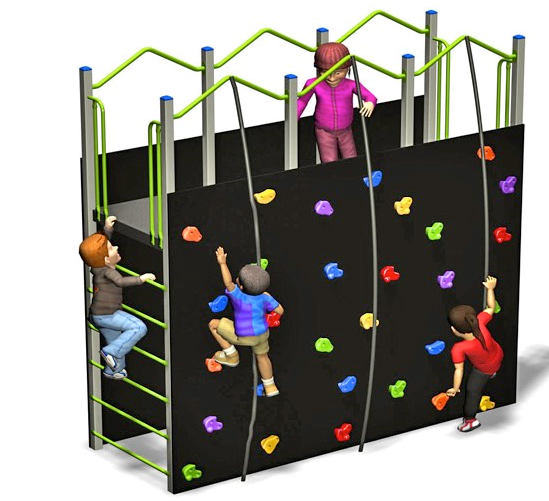 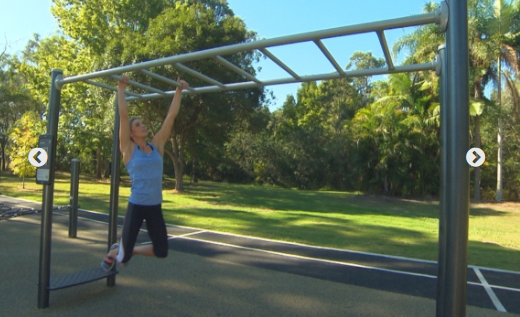