Community BBQ and Forum: The Future of the Raymond Park Neighbourhood

What’s in store for Raymond Park and the surrounding neighbourhood?

Kangaroo Point, Woolloongabba and East Brisbane are already experiencing rapid change and upheaval, with even bigger changes on the horizon.

Residents are particularly concerned that East Brisbane State School could be displaced by the expanding stadium, and that a proposed Olympics warm-up facility would destroy Raymond Park as we know it.

A full-sized athletics track won’t fit within the current boundaries of Raymond Park, which means established trees, community facilities and neighbouring homes could be removed to make room for the track and the supporting structures including spectator stands, change-rooms and security infrastructure.

Please join us for a community forum to understand what the Olympics and other proposed changes mean for our neighbourhood, and to strategise collectively as to how we can fight for positive outcomes instead. We’ll hear from elected representatives, affected residents, and community groups such as Friends of Raymond Park.

Join us for a free BBQ and a chance to imagine positive futures for our community. We'll be gathering near the picnic shelters and BBQs, beside the playground in the centre of the park.

Please register to assist with catering and so we can contact you if event details change. 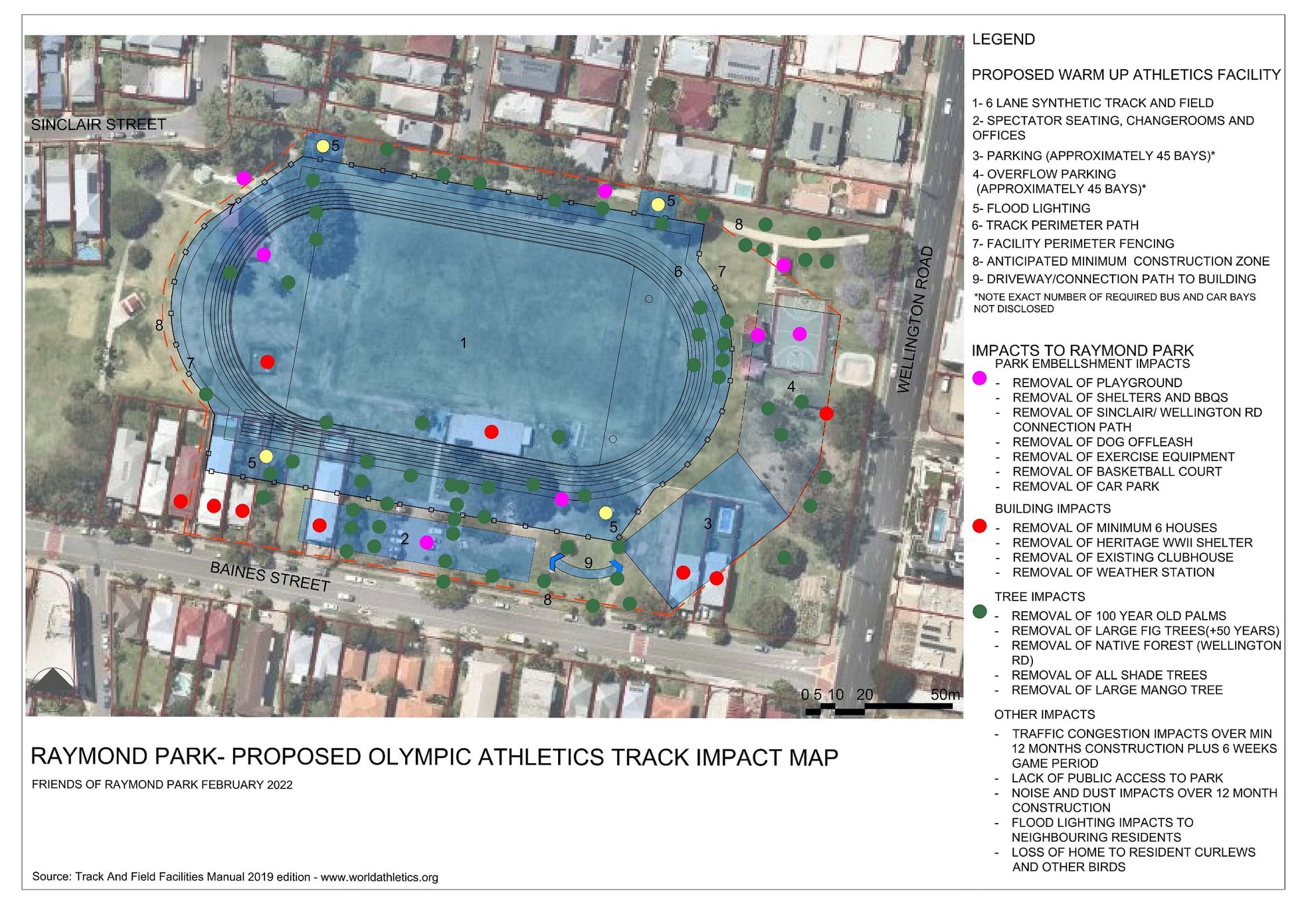