If you've been wondering what happened to the proposal for a basketball hoop to be installed down along Riverside Drive in West End, here's the text of an email I sent out yesterday to residents who were marked in my database as wanting to be kept updated about this project... 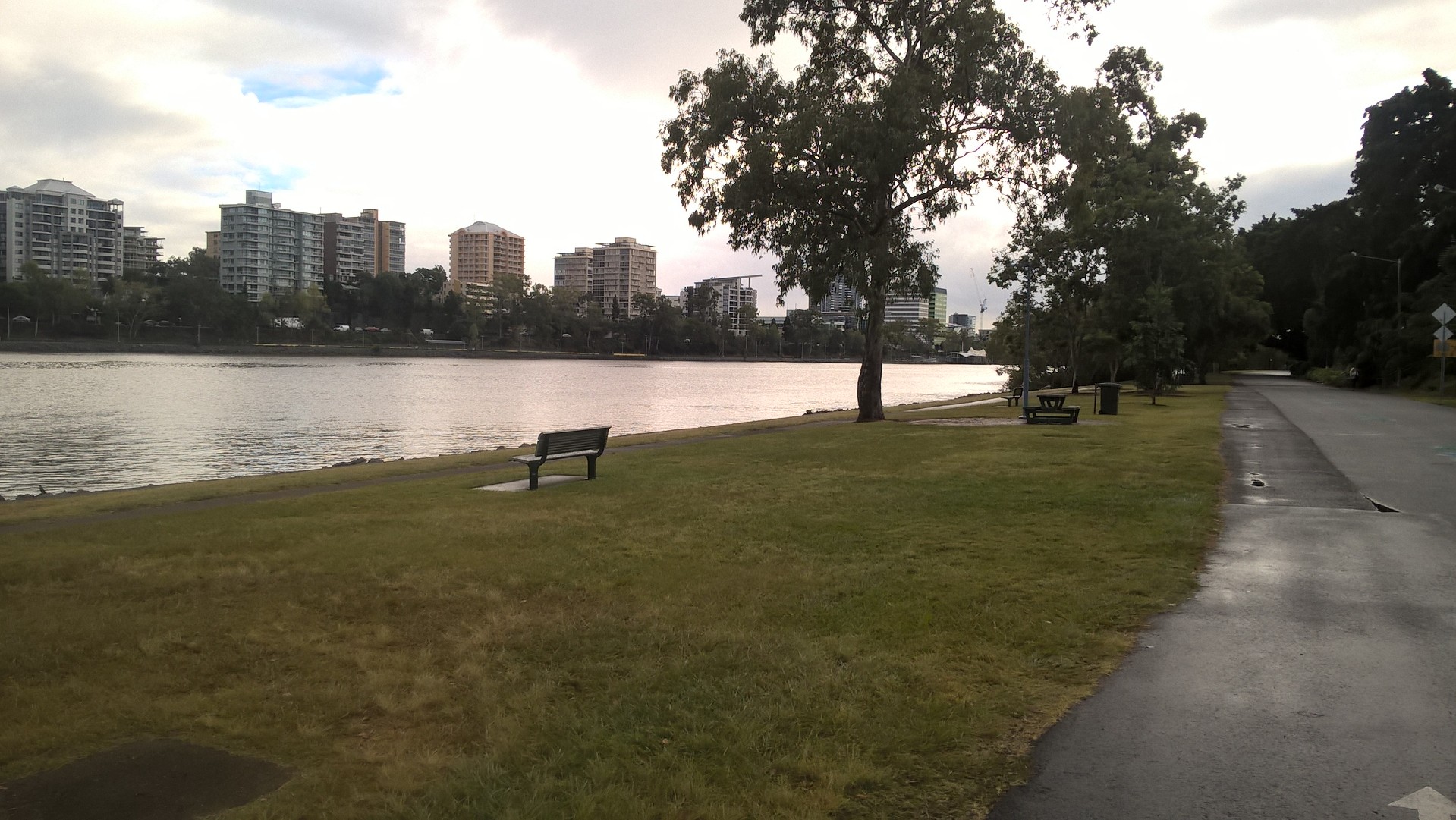 I’m writing to you because you previously expressed an interest in the proposed basketball shooter’s box along Riverside Drive in West End. Long story short: I’ve asked the council officers to explore squeezing the court into another location further along Riverside Drive near Victoria Street, and we're waiting to see if that's possible.

I’m sorry I haven’t been able to update you on this sooner, but as you can imagine, with seven suburbs and 50 000 residents to represent, my time is split between a lot of different issues.

I won’t give you a long rundown of all the consultation we’ve engaged in, but suffice to say the local community is very much split on this proposal.

Recently I hosted an online poll to get a better sense of what everyone thought (you probably already filled out the poll, but you can still find it online at this link). The results to date are that 186 respondents (53%) support the proposed location, 160 respondents (46%) oppose the location, and 5 respondents (1%) said they needed more information.

The bulk of opposition was clustered immediately beside the proposed hoop location from residents of Waters Edge and future residents of Breeze apartments, however there were also a lot of residents in this immediate vicinity who were supportive of the site choice.

I haven’t had time (and won’t have time) to do a detailed demographic analysis, but of the respondents whose names are on the electoral roll within the Gabba Ward, only 9 respondents were under 30. So contrary to concerns that an online pole would be biased against older residents, it turns out that younger residents were significantly under-represented in the survey.

Based on the survey and the other forms of consultation I’ve conducted previously, it’s obvious to me that the majority of the community is generally supportive of a basketball shooter’s box being installed along Riverside Drive, but that residents of the new apartments strongly object to it being immediately outside their homes. 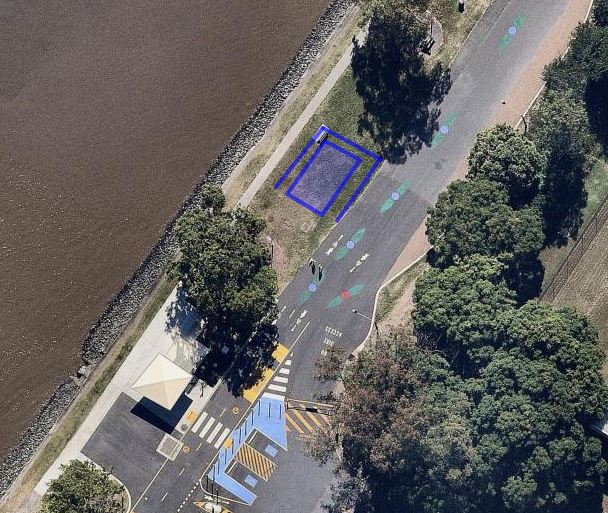 With all this in mind, I’ve asked council workers to look again at another site along Riverside Drive, immediately to the north of the BBQ and picnic table node, between the river and 117 Victoria Street (see accompanying image showing approximate site of concrete slab and fencing). This location will require reducing the width of the bitumen roadway along this stretch by up to 1 metre, but the bikeway/footpath planners within council have no concerns about this, as the roadway has ample width.

The concrete slab will be approximately 6.7m by 9.2m, with a 2-metre high fence on three sides (and a buffer of a couple metres between the edge of the concrete and the fence). I’m satisfied that the fence will prevent balls bouncing into the river or onto the footpaths.

We did seriously consider alternative locations such as down at Orleigh Park, but the topography was more difficult, and we wanted the facility as close as possible to the high-density apartment precinct. I’m hopeful that the hoop’s proximity to the picnic node at the end of Victoria St will help activate this space as a hub and a local destination in its own right, rather than just being a thoroughfare between Orleigh and Davies Parks.

As you might be aware, I remain frustrated that no funding has been allocated towards a proper democratic masterplanning process for Riverside Drive. I encourage you to sign the petition for a new masterplan if you haven’t already done so.

I hope to send out another update once the council have confirmed that the hoop installation can go ahead at the alternative location, and I will also continue to push for a full-sized basketball court to be included in the redesign of Davies Park.

I want to emphasise to the residents who objected to the original location that although it looks like we might be able to avoid installing a basketball hoop there, it’s quite likely that this stretch of Riverside Drive will see other proposals to intensify use in the future (including night-time uses). Anyone who lives beside a riverside public space in the inner-city would be naïve to assume that such spaces will remain empty and quiet long-term. Hopefully we can get the Lord Mayor to commit to a detailed masterplanning process so that everyone can have a say in how these spaces evolve.

Finally, I want to invite you to a community meeting at 4pm on Sunday, 24 June at the GPS and Old Boys Rowing Club on Hill End Terrace. The rowing club is seeking to expand their shed significantly, and would like to share their plans with the community. There’s a Facebook event at this link.

As usual, if you have any questions or concerns, feel free to send me an email at [email protected].