Changing the system or is it changing us?

When we look at the dumpster-fire that is mainstream Australian politics, it’s obvious that the system itself is broken, regardless of who happens to be on top of the shit-heap at any given point in time.

As a politician who’s still fairly new to this strange world, I don’t intend to spend the next few decades of my life tweaking it around the edges. Even big, much-needed reforms, such as banning corporations from donating to political parties, are ultimately still just tweaks – new tyres for an old truck that still guzzles diesel and belches poisonous fumes.

Right now, many of us are putting a lot of time and energy into electoral politics. We’re not doing this simply to win power within the current system, but to transform it for the better.

While I can’t speak for everyone’s motivations, I’ve met people in every party who first entered politics for unselfish reasons. Unfortunately, motives can change. History is full of stories of decent, kind-hearted people who get involved in electoral politics for the right reasons, but who over time turn into arseholes, abandoning their core values as they’re gradually corrupted by the system. 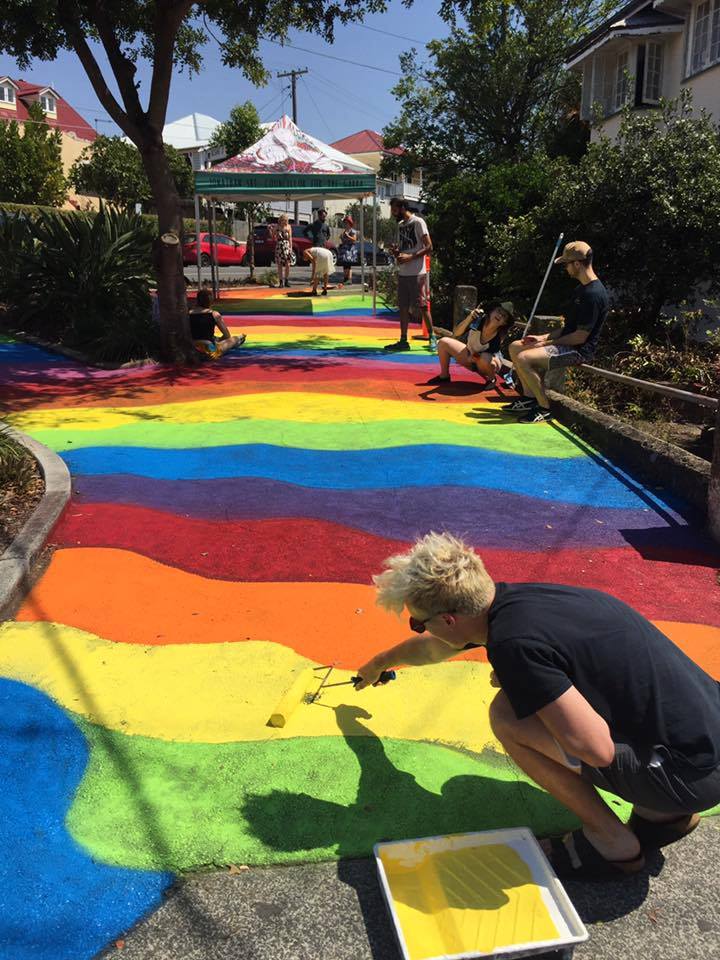 The systems we participate in have a tendency to shape and influence us. This is particularly true of election campaigning and party politics, not just for the politicians, but for the staffers and campaigners as well. Electoral politics disciplines those of us who engage with it, narrowing our frame of vision, forcing a rigid focus on winning votes and elections, to the subordination of other goals.

The tactics and strategies that political parties use to win votes shape and influence the broader political system, and in turn, that broader system shapes the values, priorities and behaviours of individual actors within it, and society more generally.

Being in ‘election mode’ or ‘campaign mode’ engenders a mindset of urgency and perpetual crisis, where it can become habitual to postpone or deprioritise anything that’s not essential to the immediate goal of winning votes. A classic example of this is how parties instinctively try to bury internal scandals that might be damaging to election campaigns, or gloss over philosophical divergences rather than taking the time to debate them openly. And as soon as one election is over, it’s time to start working towards the next one. I’ve watched dozens of campaigners burn themselves out over the years by getting trapped in this cycle.

When global warming threatens the very survival of our species, feeling a sense of urgency is completely understandable. But a political movement that doesn’t have time to do the reproductive labour to renew itself is not sustainable. A political movement that focuses primarily on how to accrue more power and only superficially on how best to use and redistribute that power is prone to co-option.

When winning elections is redefined as a necessary precondition of preventing human rights abuses or avoiding climate apocalypse, pretty much anything can be justified. How, for example, could any decent person possibly argue that we shouldn’t resort to negative personal attacks or simplistic sloganeering if such approaches are going to help win votes and thus get refugee kids out of offshore detention centres? How, for that matter, could you argue against even more nefarious tactics – such as infiltrating and sabotaging rival campaigns – when you’re fighting for such noble goals? But it is intellectually lazy and borderline dishonest to frame the choices before us in this way.

Getting one more senator elected into federal parliament, or one more councillor into local government, does not suddenly liberate the refugees or make public transport free. Winning individual seats is a key component of a broader diversified movement to change society, rather than just an end goal in and of itself.

A truly radical and transformative political project recognises that as much as possible, we must enact and embody the kind of world we’re trying to create in the here and now, rather than just postponing utopia to some undefined post-election victory, post-revolution future. We can’t simply toss aside our ethical compass and act like jerks in the pursuit of power, while maintaining the charade that our modus operandi will abruptly change for the better once we’re in charge. The tactics and behavioural patterns we adopt during campaigns tend to become entrenched within an organisation’s culture, and will linger even once we’re in government.

Obviously there will be compromises, but we must be mindful of compromising too readily or too frequently, and these compromises must be critically examined and re-evaluated on a regular basis. It’s not satisfactory to continually say “That’s not a priority right now, but once we’re in power we’ll do things differently.”

The destination of ‘in power’ is illusory. Sure, we can win a majority of seats at a particular level of government, but that won’t automatically give us absolute power to remake the world as we see fit – there will still be other levels of government, other nations, other institutions, and other entrenched cultural norms that limit what we can do. There will still be other struggles, and if we get into the habit of relentlessly compromising on our values while chasing an ever-receding finish line, we probably won’t recognise ourselves by the end of the race.

I should be clear here that I’m not arguing against strategic prioritising, or picking our battles, or campaigning to win. But in the long-term, we won’t be able to win big and transform our flawed political system for the better if we become exactly like the establishment political parties. And that requires us to be overly-cautious about not stooping to their level. It means practising what we preach and leading by example. It means changing underlying cultural norms rather than just changing the superficial preferences of swing voters.

When we diagnose where other major political parties have gone wrong, the easiest explanation is that they sold out to their corporate donors – that big businesses used political donations to buy access and thus influence policies and party values. But that’s only part of the story. Fundamentally, it’s the very process of engaging with an adversarial, hierarchical, winner-takes-all electoral system that catalyses the corrosion.

I’m not just talking about the individual ethical choices and compromises we might make during a campaign. I’m referring to something deeper and more fundamental, that’s not easy to put into words.

I’ve noticed a few patterns over the last few years. I don’t think these are universal or clear-cut, but I do think being immersed in electoral politics tends to change most of us in a couple of important ways:

Like I said, I don’t think all of this happens to everyone, but we must be conscious of these patterns in order to avoid falling into them. I think alongside that list, there’s also a tendency to instrumentalise care and connectedness, treating the forging of new personal relationships as part of a broader strategy to build a movement and win power, rather than valuable in and of themselves. Perhaps that’s not so much a function of electoral politics specifically, but of any campaign that subscribes to an urgency/emergency paradigm.

Often, the Greens make choices – such as not using certain campaign tactics – that might reduce our chances of winning in the short-term, because on some level we recognise that sacrificing our integrity and our core values to win is not really winning after all. This insight is a direct rejection of the ends-justifies-the-means thinking that has been so corrosive to so many other political projects.

It’s not enough to tell people that we’re different – to tell them that because we don’t take corporate donations we can be trusted not to abandon our policy commitments once we’re elected – while using the same dubious campaign tactics as the other parties. We must demonstrate through our actions that we are indeed a different kind of political movement.

I’m not sure exactly what to do with all these observations. I’m not sure I even have the vocabulary to fully unpack what I’m intuitively concerned about. But the starting point is recognising that electoral politics requires us to play by certain ethics-warping rules. If you accept and follow those rules for long enough, without challenging them or trying to work around them, they will change you, and not necessarily for the better.