I've been asked to recommend a name for a small new street (about 50m long) which will be created between Lytton Rd and Laidlaw Parade in East Brisbane as part of the widening of Lytton Road. 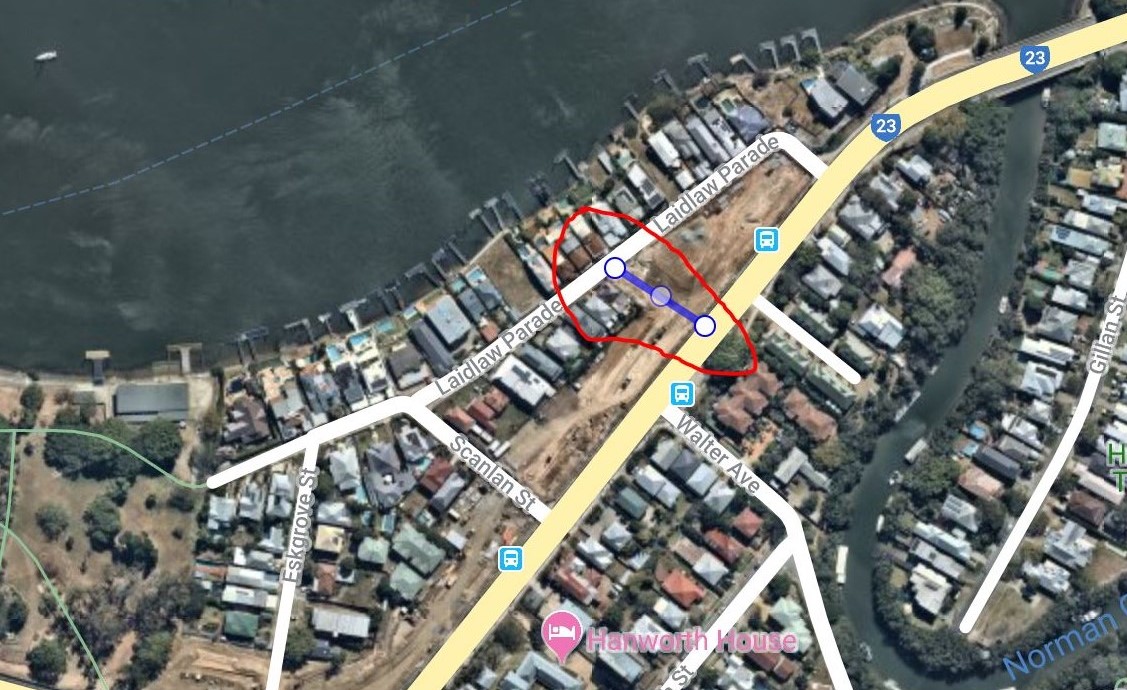 In October, my office put a call out for suggestions from residents. I decided to exclude some of the name suggestions (such as “Quirk’s Blunder Street”) which I knew the LNP councillors wouldn’t support. A community panel of myself and three residents then trimmed down the 35 serious suggestions to a shortlist of 5.

Bottleneck Street
A quirky aptronym. As part of the road-widening, Eskgrove Street, Scanlan Street and Laidlaw Parade are becoming cul de sacs, so the new street will be the only vehicle access to Lytton Road for all the properties on Laidlaw and Eskgrove.

Humbug Street
The stretch of Brisbane River from East Brisbane to Hawthorne is known as Humbug Reach due to sailors’ frustrations at encountering difficult winds and currents. ‘The Folly on Humbug’ was one of the historic cottages removed for the road widening.

Kulpurum Street
‘Kulpurum’ is generally agreed to be the Aboriginal name for Norman Creek and the surrounding area, and was suggested by a Nunukul Yuggera elder. The suburb name Coorparoo is also derived from Kulpurum.

Riversdale Street
Riversdale was the name of the original stone house built for Reverend Thomas Mowbray and his family by the river in Mowbray Park. In the late 1800s, the Mowbray Park area was known by some locals as Riversdale.

We have until Wednesday, 23 January to recommend a name, and we want local residents to make the call. Please number your preferences from 1 to 5.

Privacy and data use
We are collecting names and contact details so we can keep you informed of the progress and outcome of the vote, and to guard against duplicate or illegitimate votes.

Your name and address may be checked against the council database for verification.

Your data will not be added to our ward office database, and will be deleted at the end of this process unless you consent to sign up for our local mailing list.

Create your own user feedback survey