Courts Constructed on Council & State Land
Tennis courts that also operate as half basketball courts were constructed in the mid 2000's between Musgrave Park swimming pool and Brisbane State High School. Since that time they have been run by the pool manager in cooperation with Brisbane State High School. Two tennis courts are on council land and two courts on state land. Practice cricket nets have also been built on the council land by the school. All four tennis courts are used by the school during school hours. So the courts were only available for hire to the general public on weekends (unless there is a school booking) and school holidays. Costs were previously $12 an hour for tennis and $6 for half basketball court via a pool booking system.

Public Access Issues
Musgrave Park swimming pool is now closed from May 2019 until September 2020, for major redevelopment. During this time the tennis courts are also closed as the school couldn't maintain any public access. The main reason being inadequate security fencing between the school and the tennis courts. So our existing management structure means public access to the courts is compromised with the loss of access over the last year. When the courts re-open we expect only weekend and school holiday access again. Even then the school gets priority of the courts for weekends.  At the same time the Council maintains the courts and has invested a lot of money on this facility.

Possible Solutions
As a solution to the ongoing access issues we could split the courts into two operated by council, and two operated by the school. This would require some work however, incl the building of a new security fence between the courts. There is a little pocket park that provides direct access to the courts. Access through this pocket park (on Edmondstone st) could allow free 24 hour access to the courts. This would mean residents have to work cooperatively to share the courts (ie if both courts are used and people are waiting). We could retain the booking system and access via the pool but if the pool operator maintains a booking system there would need to be a hire fee.

State School Impact
Splitting the courts would impact the school. The future of the cricket nets would need to be negotiated and probably need to be moved. Brisbane High State School also have a lot of pressures on their limited space due to an long-term aggressive enrollment program (50% of enrollment comes from outside the school catchment via scholarships). 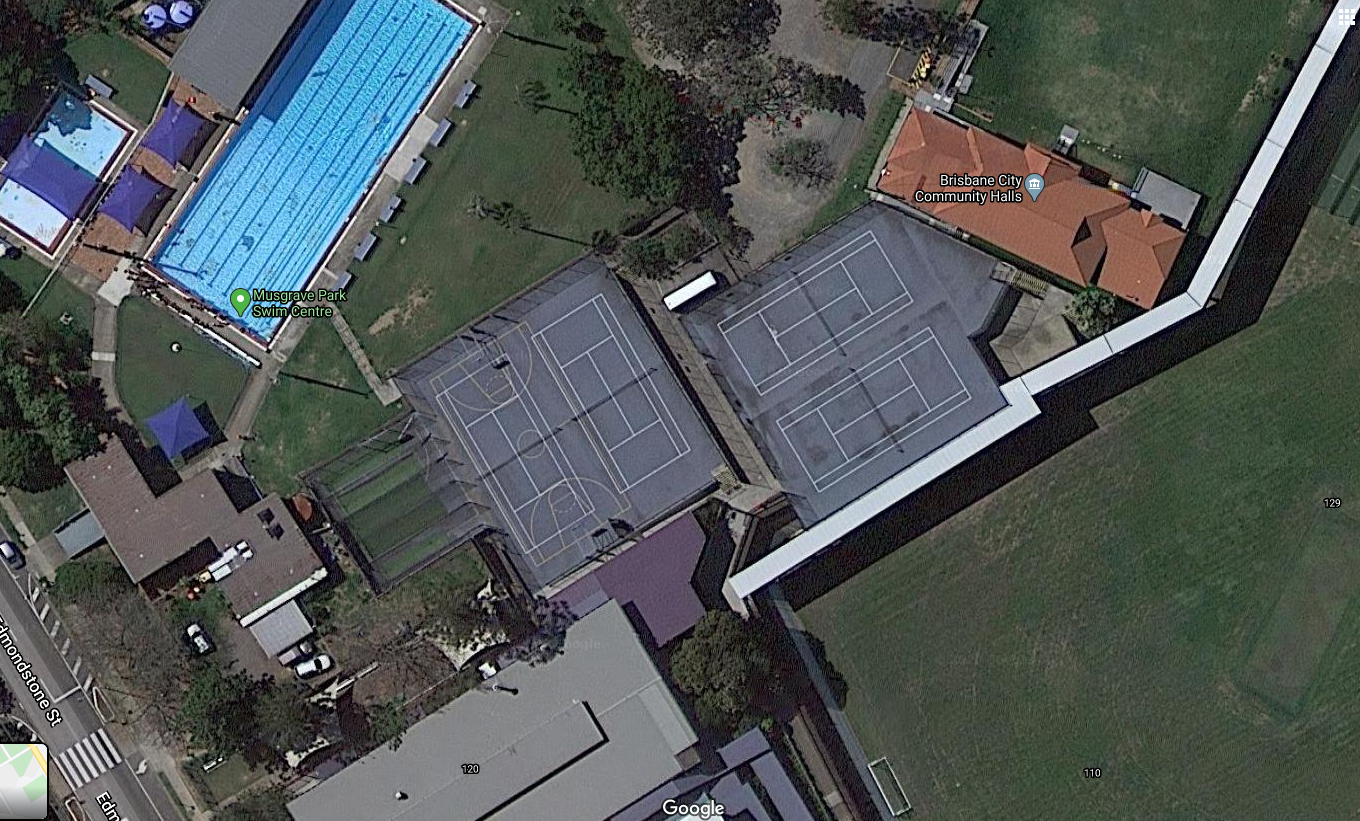