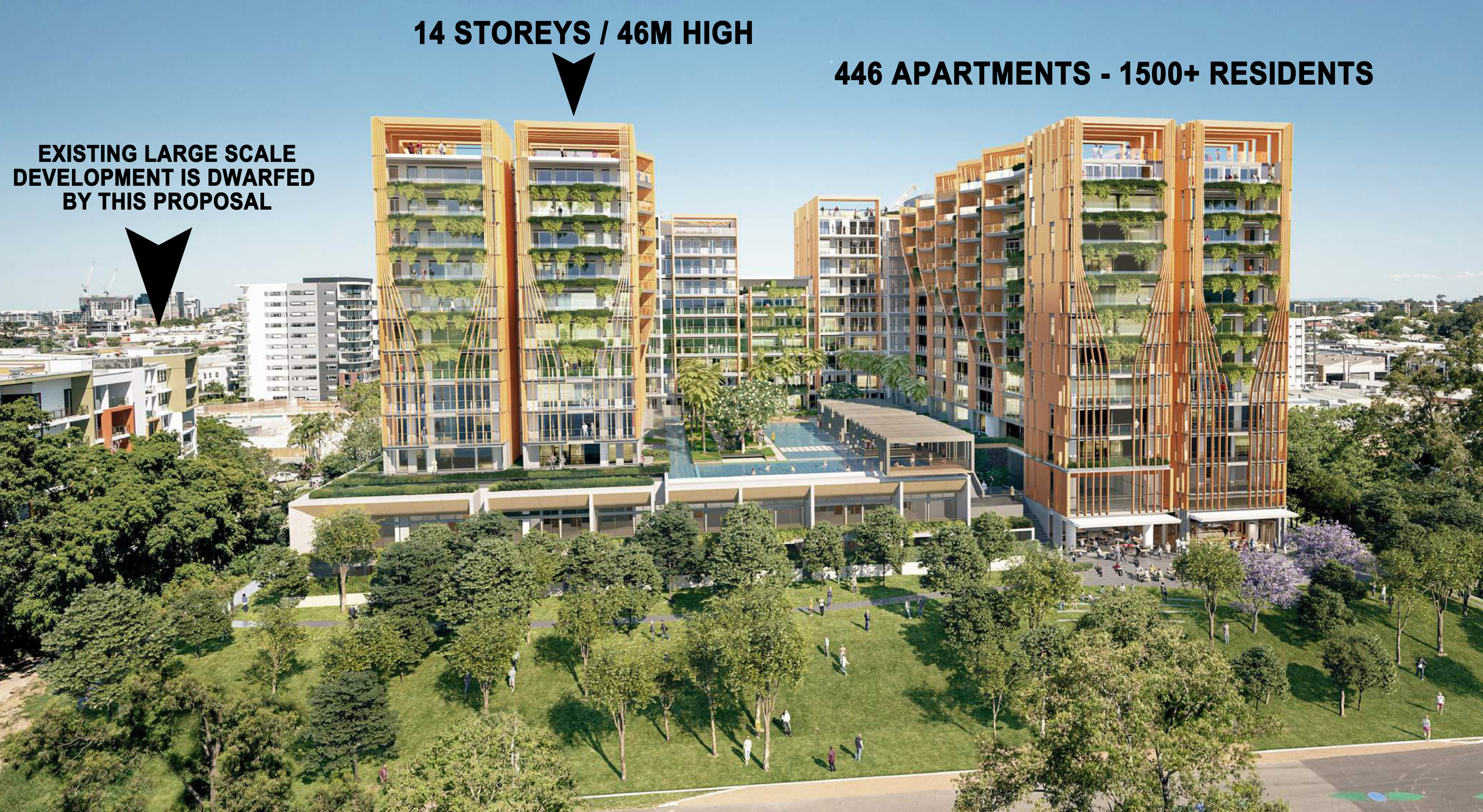 On Saturday morning (3 March) from 8:30am, frustrated West End residents will blockade the intersection of Vulture St and Montague Rd for 90 minutes, calling for more investment in pedestrian crossings and public transport services and to protest a 14-storey mega-development at 117 Victoria Street.

The Vulture Street blockade is expected to cause major traffic disruption along Montague Road, but residents say this is nothing compared to what will happen if the council keeps approving highrises without investing in public transport.

Local resident and architect Toby Robinson says he is supportive of urban densification that creates liveable neighbourhoods rather than just maximising developer profits. But he’s concerned that Brisbane City Council is currently doing a poor job of planning for growth. “Building extreme high density without basic infrastructure like public transport, pedestrian crossings and green space is not as sustainable as the property industry would have you believe,” he says. “Low-income apartment dwellers are being forced to accept sub-standard design and planning outcomes - most new inner-city apartments are designed to maximise developer profits rather than maximise quality of life for long-term residents.”

“BCC promised to build a new CityCat terminal near Victoria Street back in 2011 to cater for rapid population growth but it never happened, and now thousands of new apartment residents are stuck in traffic,” Mr Robinson says. “You’re gambling with your life just crossing the road to get to the bus stop because council won’t install a pedestrian crossing.”

“If the council keeps ignoring residents, we’ll have to keep blockading, because the system gives us no other option to have our voices heard.”

Local Councillor Jonathan Sri says BCC has been negligent in failing to install traffic lights at the intersection of Victoria St and Montague Rd, and that it’s only a matter of time before someone is killed. “This is a symptom of a broader problem across the city, where council approves developers to ignore the neighbourhood plan and cram in thousands of new apartments, but then wastes all its money widening roads instead of improving local infrastructure.”

“I am calling for a temporary halt to further high-density development in South Brisbane until BCC delivers basic essential infrastructure like pedestrian crossings, bike lanes and high-capacity public transport.”

“Contrary to government propaganda, mega-developments like the one we see at 117 Victoria Street do not significantly improve affordability for low-income residents,” Councillor Sri says. “We need medium-density public housing – not luxury highrises built for private profit.”

Residents will assemble in Davies Park on Montague Road from 8am, stepping onto the road and occupying the intersection of Vulture Street and Montague Road, West End from 8:30am to 10am. A permit for the blockade has been issued by police. Journalists are advised that traffic will be pretty bad, so we suggest arriving before 8am if travelling by car.

Further concerns about the development at 117 Victoria St are outlined at this link.

Footage of the unsafe intersection of Victoria St and Montague Rd is online at this link.

Further background regarding the broken-promise CityCat terminal is available at this link. Further pictures and detailed plans for the development are available here.