After a lot of consultation and hard work by dedicated volunteers from the West End Making History group, this is the final text and artwork of the six history signs that will soon be installed along Boundary St, West End.

This project was funded over two years with $9481 from my local community grants budget, but all the hard work of research, drafting and consultation with stakeholders was undertaken by local residents who volunteered their time and skills.

It's impossible to squeeze all of the amazing stories of the Kurilpa Peninsula down into half a dozen signs, so I think of these panels as links that point towards deeper histories, rather than as comprehensive standalone summaries.

Finding space along the footpaths without blocking pedestrians was pretty tricky. Three panels will be installed on each side of Boundary St, between the intersections of Russell St and Vulture St, opposite relevant local landmarks.

Consultation for this project involved a long list of stakeholders and local community groups, as well as public sessions in 2018 where people were able to view the draft text and images and suggest changes or ask questions. With close to 20 000 people living in the Kurilpa Peninsula, it was impossible for the West End Making History volunteers to consult with absolutely everyone, but I think they've done a pretty good job of capturing a wide range of stories.

There was a great deal of back-and-forth and long debates about exactly how to word things and what stories to include or leave out. I wish I had more time to be personally involved in drafting the text, but I ultimately left it up to the volunteer local residents. They've crammed a huge amount of detail into fairly limited space. Some people might argue that it would have been better from a design perspective to have less text, but there were already so many important stories getting left out.

The panels will be officially unveiled at 3pm on Saturday, 24 August at the corner of Russell St and Boundary St, followed by a presentation about the project at Avid Reader. More details at this link. 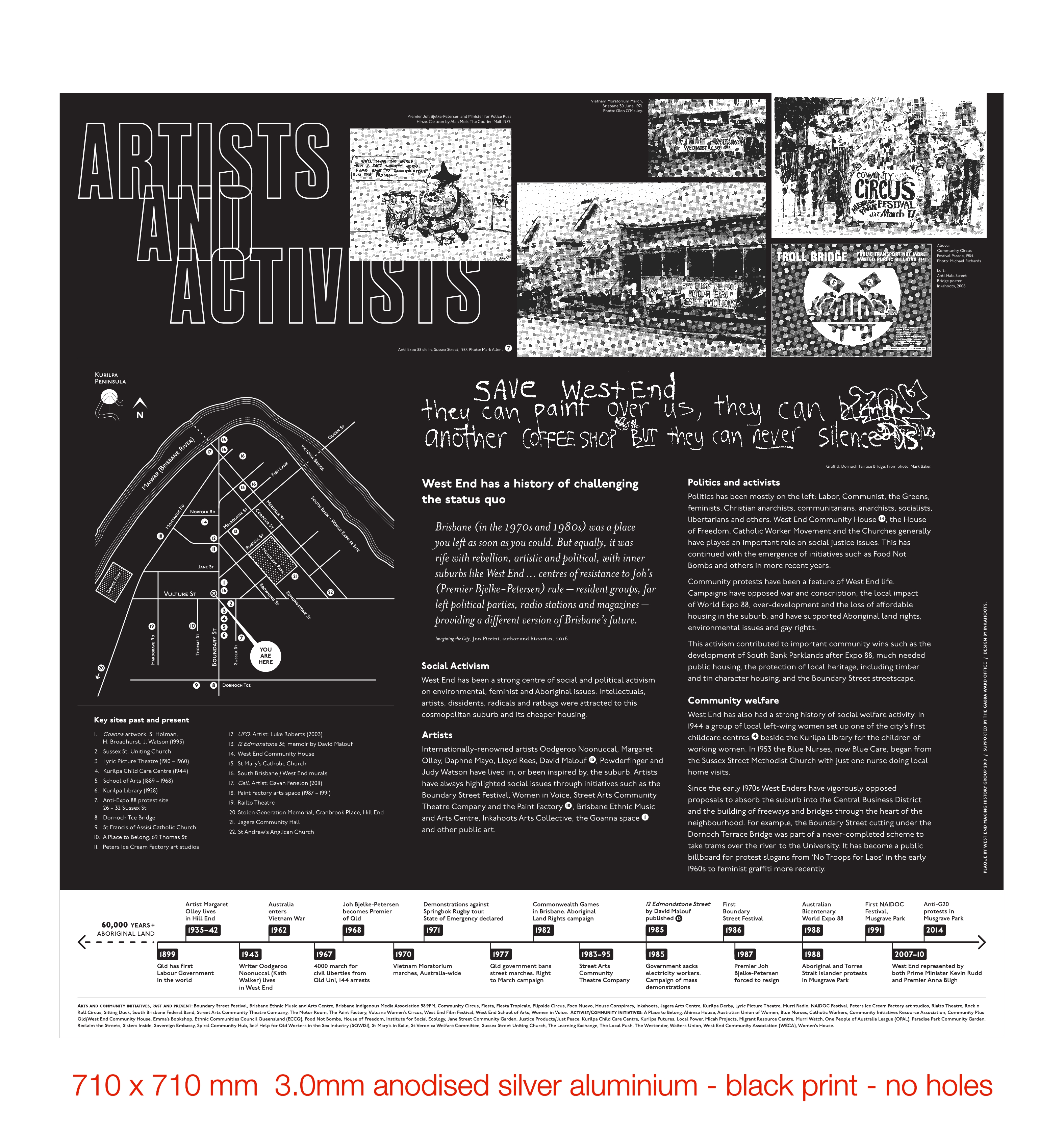 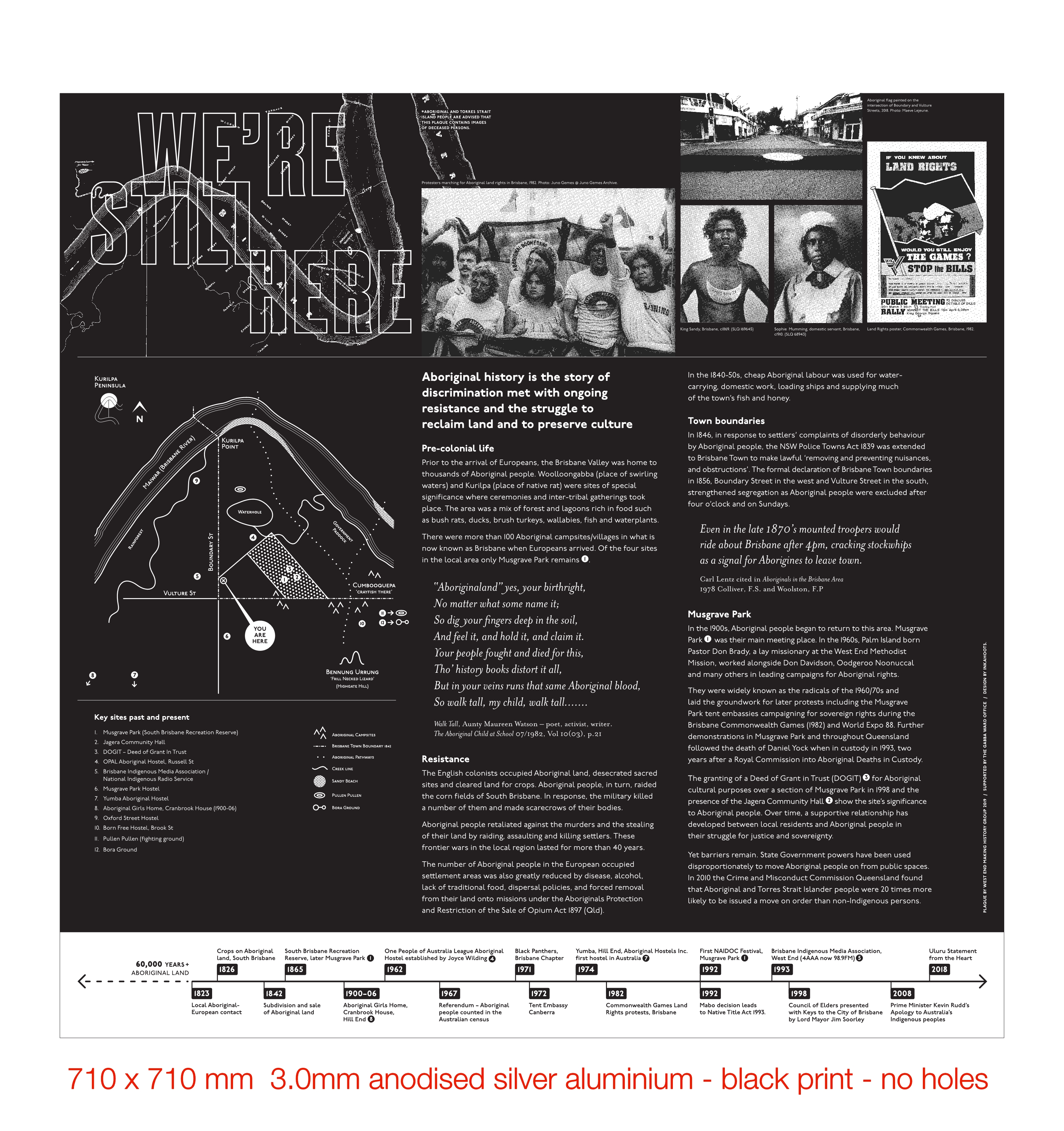 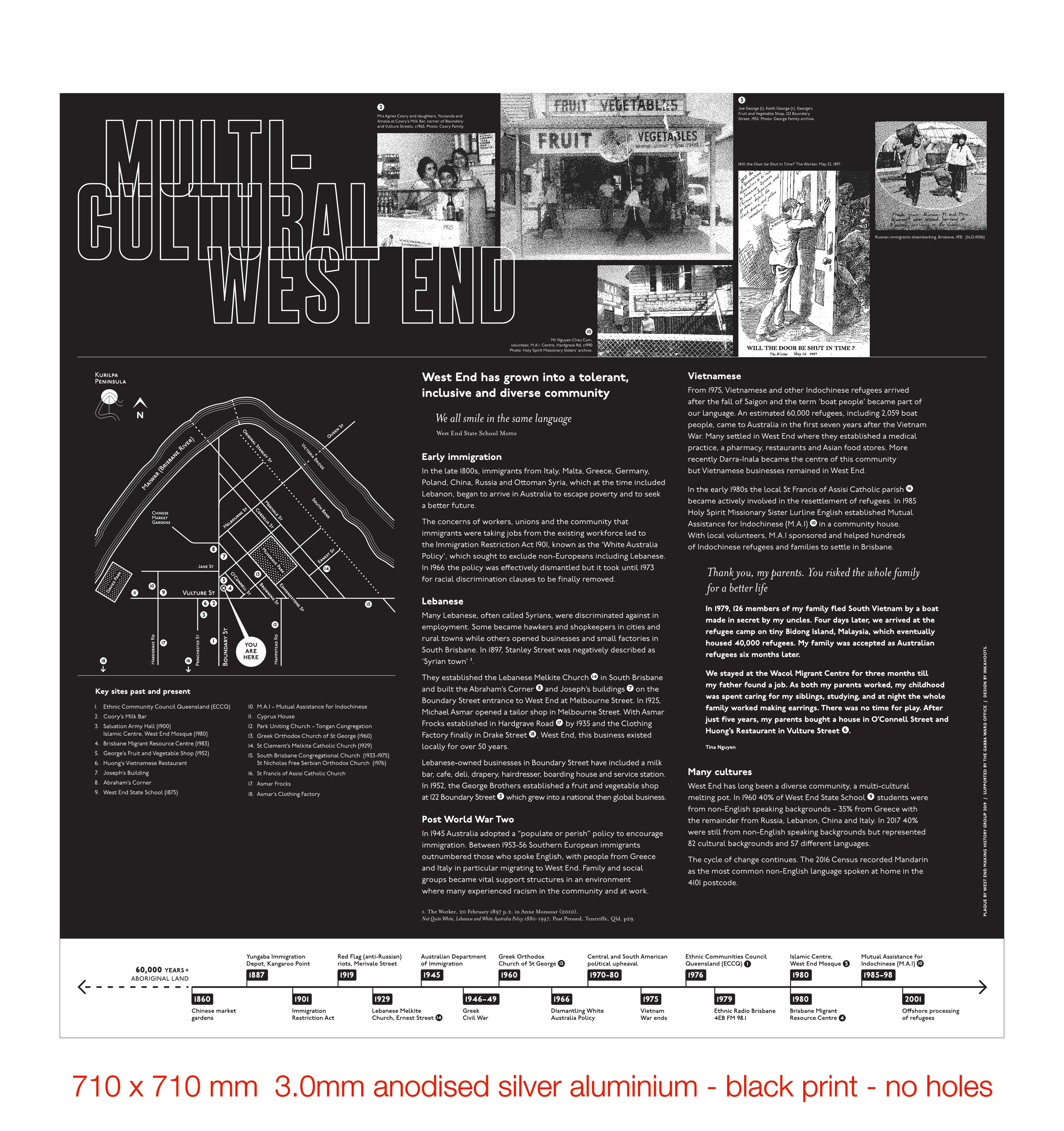 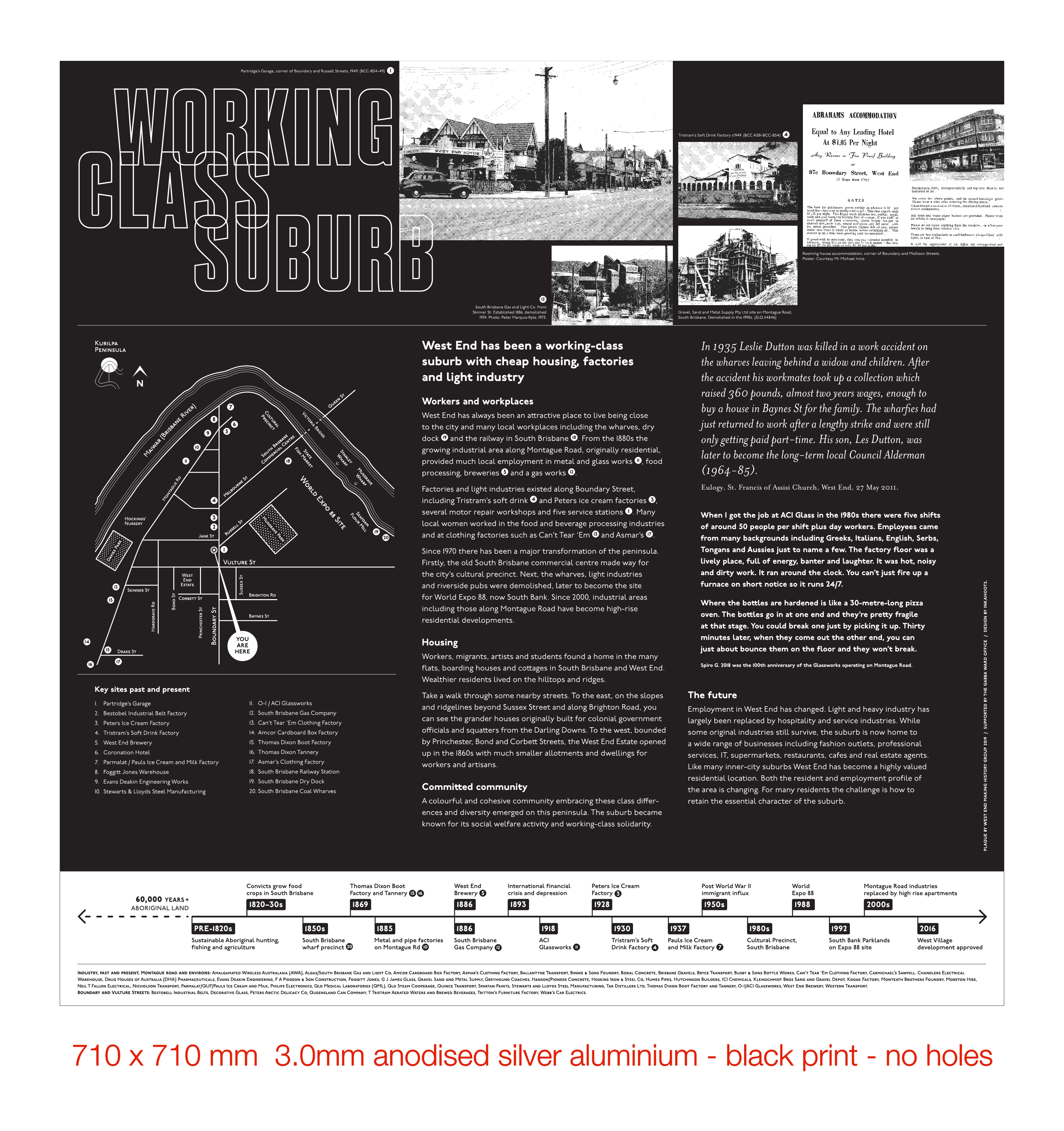 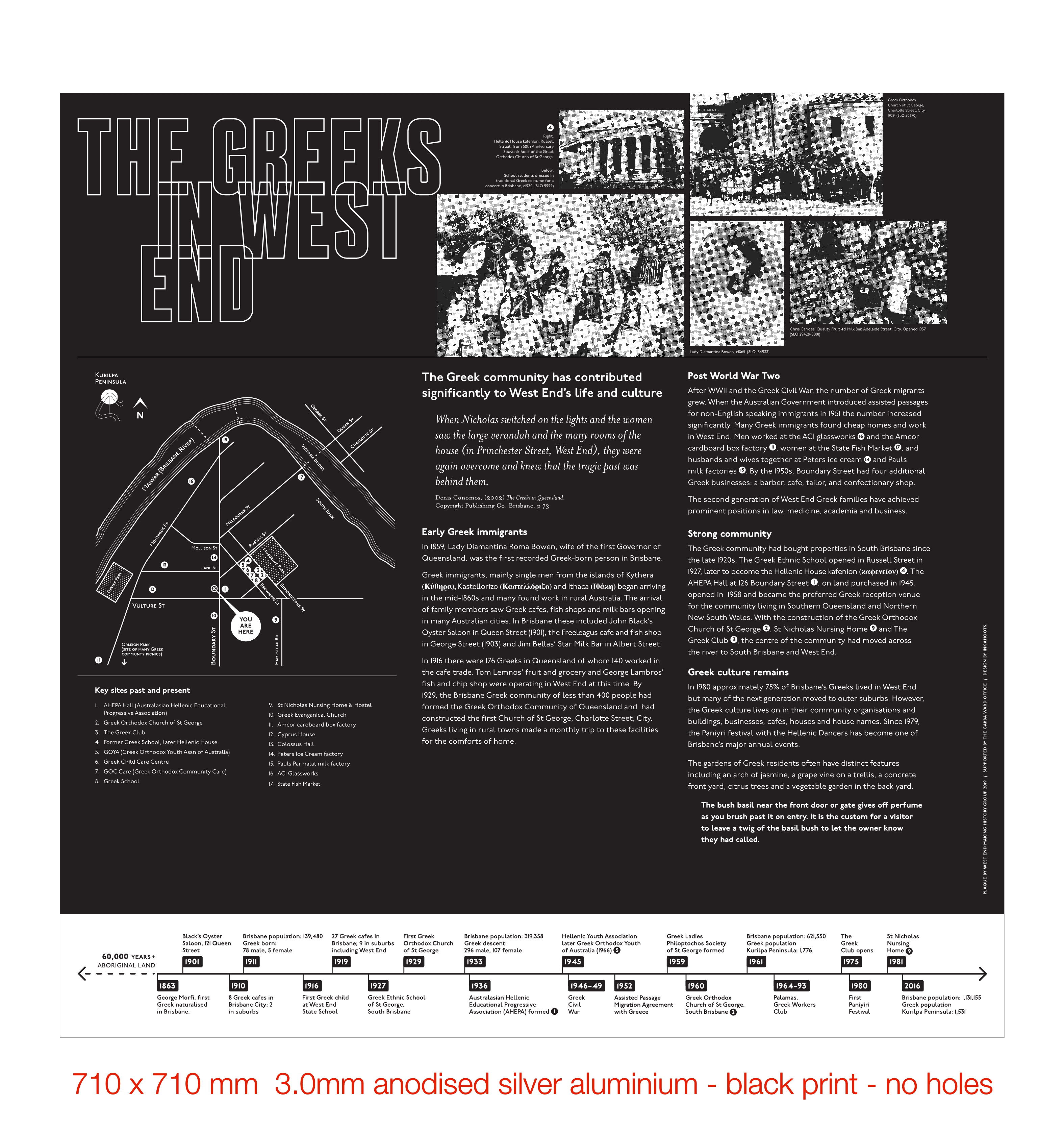 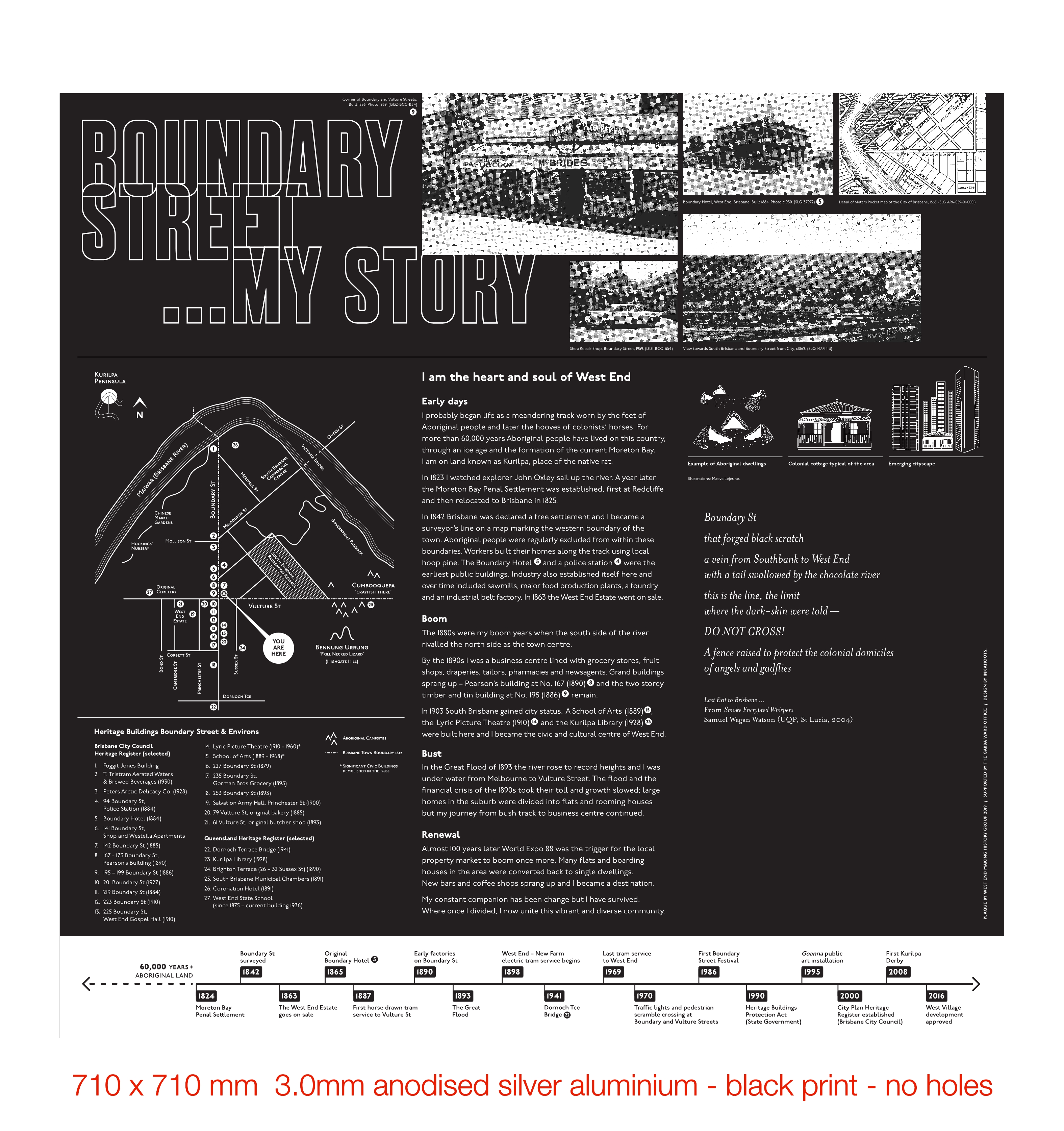