Let’s compare these two buildings shall we? 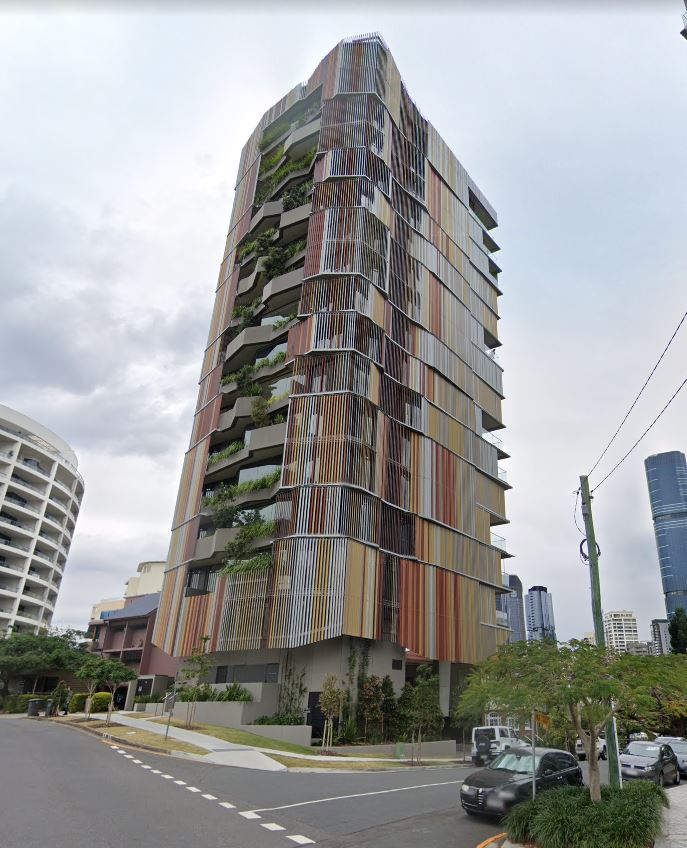 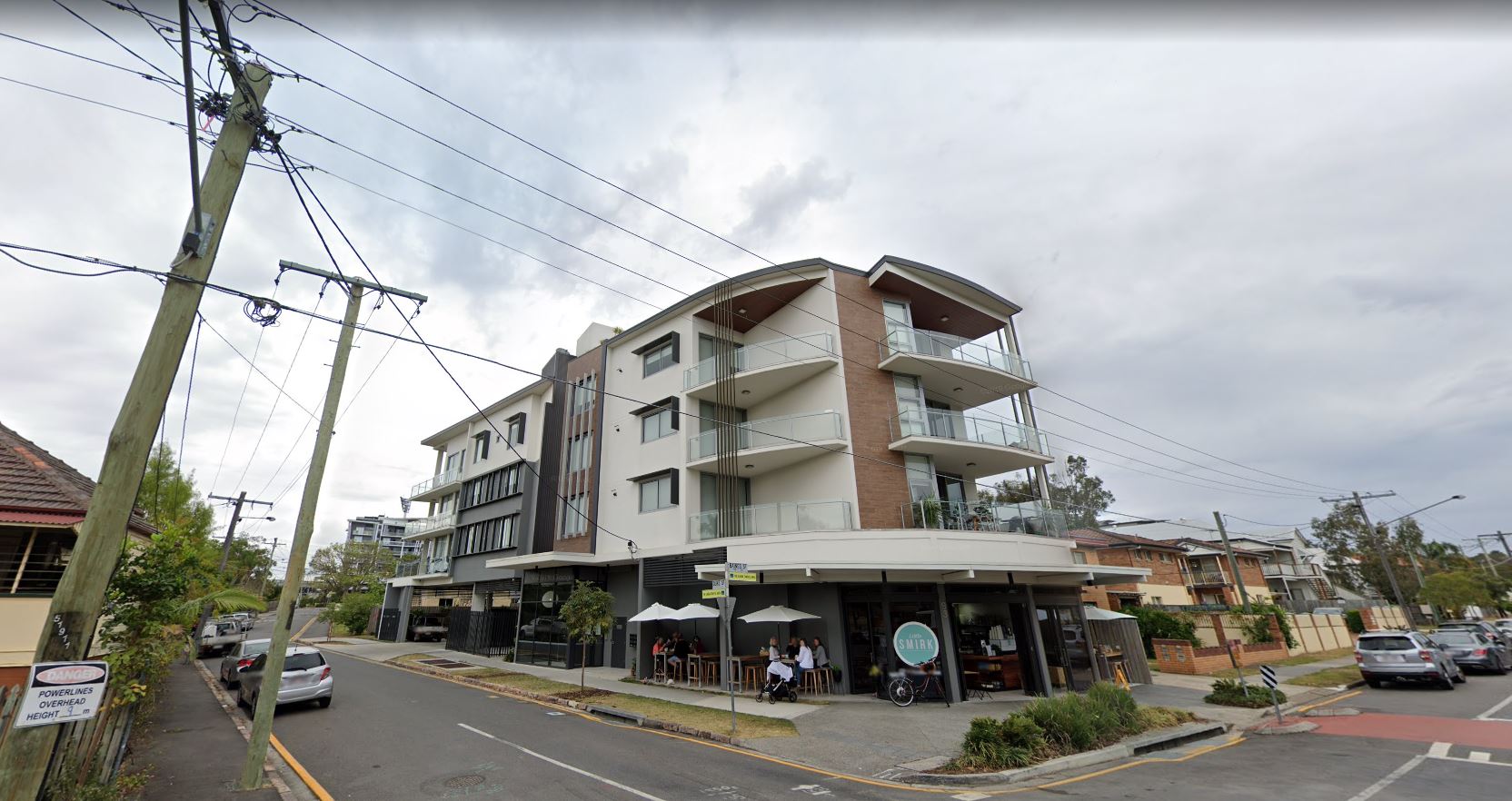 The tower on Scott St, Kangaroo Point in the first picture is over 15 storeys tall, and yet contains only 14 dwellings. They are large, high-end apartments that sell for well over $4.5 million each. The footprint of the tower is about 600m2.

The apartment block on Baines St, Kangaroo Point in the second image also has a footprint of 600m2, is 4 storeys tall, and includes 15 dwellings. It also has a restaurant/café at ground-level to help activate and enliven the streetscape, whereas the Scott St tower design doesn’t do much to connect with the street and surrounding neighbourhood.

I have concerns about the design of both of these developments, and I’m not necessarily saying one is all-round better than the other, or that either of them are an especially desirable model for future development. We certainly need more larger apartments in the inner-city to accommodate families, and I assume the much more spacious Scott St apartments will be nicer to live in than the somewhat cramped Baines St ones (and they better be, considering the huge price tag).

But it’s worth noting that the Baines St apartments will have used far fewer resources in their construction and thus have a lower environmental footprint and embodied energy. In terms of ongoing maintenance and operation, it’s also a fair assumption that the Scott St apartments will use more energy to heat and cool, and that a lot more energy is used in pumping water etc. up to higher levels.

The Baines St apartments are clearly a heck of a lot cheaper, and do not have the same dramatic visual impact on the skyline and surrounding neighbourhood. (And it probably won’t take residents 10 minutes of climbing to get down to street-level if there’s an emergency and the elevator loses power)

But as this comparison shows, just because one building is a lot taller than another, doesn’t mean it necessarily improves affordability, or is more sustainable.

In fact, the Scott St tower arguably exemplifies some of the less desirable impacts of new development in Brisbane... The apartments are not very affordable, and have enclosed and commodified a lot of public airspace. Rather than allowing more low-income workers to live close to the CBD, this kind of development puts upward pressure on property values and forces poorer people out of the neighbourhood.

Obviously I don't have anything against the residents who live in either of these buildings, or against the companies that built them. My concerns are primarily related to design and built form.

Basically what I’m getting at is that our conversations about dwelling density, sustainability and built form in Australian cities are way too simplistic, and need to pay much closer attention to the relative size of bedrooms and living spaces (among other things) when evaluating what kind of building heights and densities we support.

On Wednesday, 22 April I was sworn in again as a city councillor for the new 4-year term.

The first meeting of council came with some disappointing news: the LNP denied my request to remain on the City Planning Committee, which I’ve served on for the past four years. I’ve consistently used my position on that committee to advocate for better quality development and deeper conversations about how our city changes and evolves. I presume they decided that having Brisbane’s only Greens Councillor as one of the six members of that committee was inconvenient.

Whatever their reasoning, I hope that the new Chair of the City Planning Committee, Councillor Krista Adams, understands and cares about the kinds of concerns I’ve articulated above.

Unfortunately, a lot of councillors don’t spend much time thinking about this sort of stuff when they’re deciding whether to support or oppose a particular development project. They get suckered in by property market spin, and when a smooth-talking developer comes to them and says “Hey I know this project is way taller than the height limit, but you should approve it because it’s an affordable and sustainable alternative to suburban sprawl” they swallow it uncritically.

The COVID-19 shutdown has probably put the brakes on the construction boom temporarily, but developers are already lobbying for looser regulations and less ‘red tape’ so that they can get approval for new projects that are driven by the pursuit of profit rather than sustainability or equity.

As we emerge from the shutdown, let’s hope the residents and elected representatives of this city engage in a deeper, more meaningful conversation about sustainable development and what kind of city we want Brissie to become, rather than just giving developers whatever they want...