The clock’s been ticking for a while now.

If we keep walking this track we’re on, our children and grandchildren will inherit a war-torn planet where only the very rich have reliable access to healthy food and clean water.

Our political leaders are supporting projects and policies which will lead to hundreds of millions of people around the world being displaced by famine, severe weather events and rising sea levels.

They’re ignoring the advice of experts, failing to grasp that we already have the technology, resources and know-how to transition away from fossil fuels, and provide everyone a high quality of life without digging up and exporting coal.

We’ve got all the right ingredients to create a more equitable, more sustainable, more beautiful society that offers a better future for all of us.

Yet major party politicians are spitting in the face of scientific expertise and the views of millions of ordinary people around this country. Why? Because lobbyists from the coal industry and other vested interests are directly manipulating them to put the short-term profits of big business ahead of the rest of us - particularly First Nations peoples. 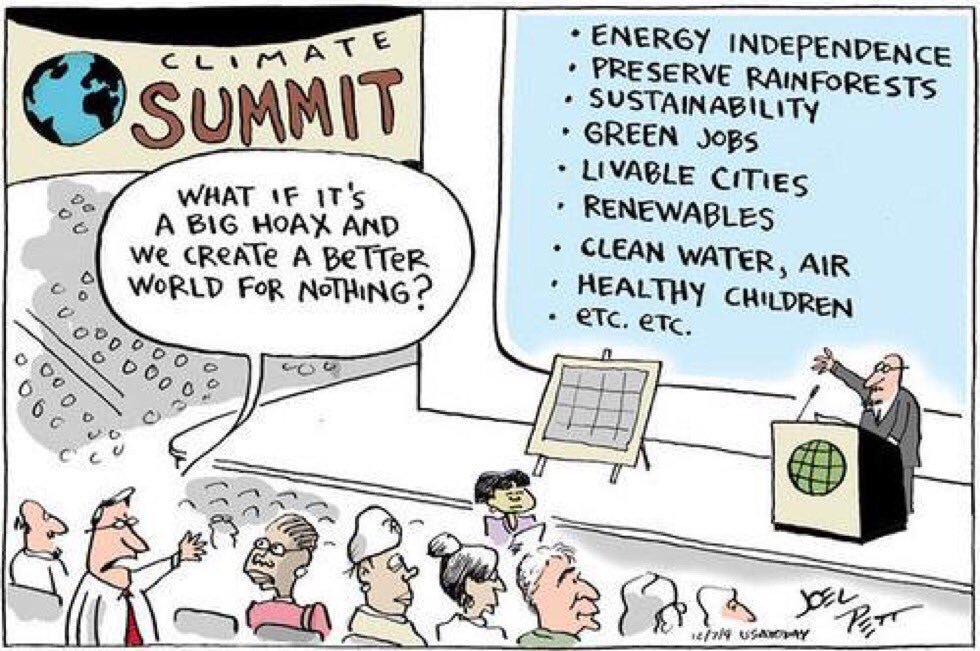 This is not about jobs vs the environment. It’s about corporate profiteering vs a habitable planet.

Billions (yes, billions) of our fellow human beings will suffer unnecessarily and die prematurely if Australia keeps digging up and exporting thermal coal.

Climate breakdown will cause more misery and death than all the major wars of the twentieth century combined.

That might sound like hyperbole, but it’s not. Global warming really is that serious. And Australian coal is a major contributor.

For many Pacific Islanders and people of colour in low-lying coastal cities, the water is literally already lapping at the doorstep.

Yet most of us go to work, pay our bills and run that hamster wheel as though everything’s fine. We’ve been brainwashed into passive obedience to a system that is driving human civilisation to the brink of collapse.

Too many people here in Brisbane – including many  who are politically engaged and understand that climate change is an important issue – are going about their lives hoping the time-bomb will just defuse itself.

Meanwhile, a small, sensible minority of ordinary people who have families and careers and lives that they’ve placed on hold are doing everything they can to trip the alarms and shake us out of our stupor. They are seeking to disrupt business as usual, because true climate justice is not compatible with business as usual. 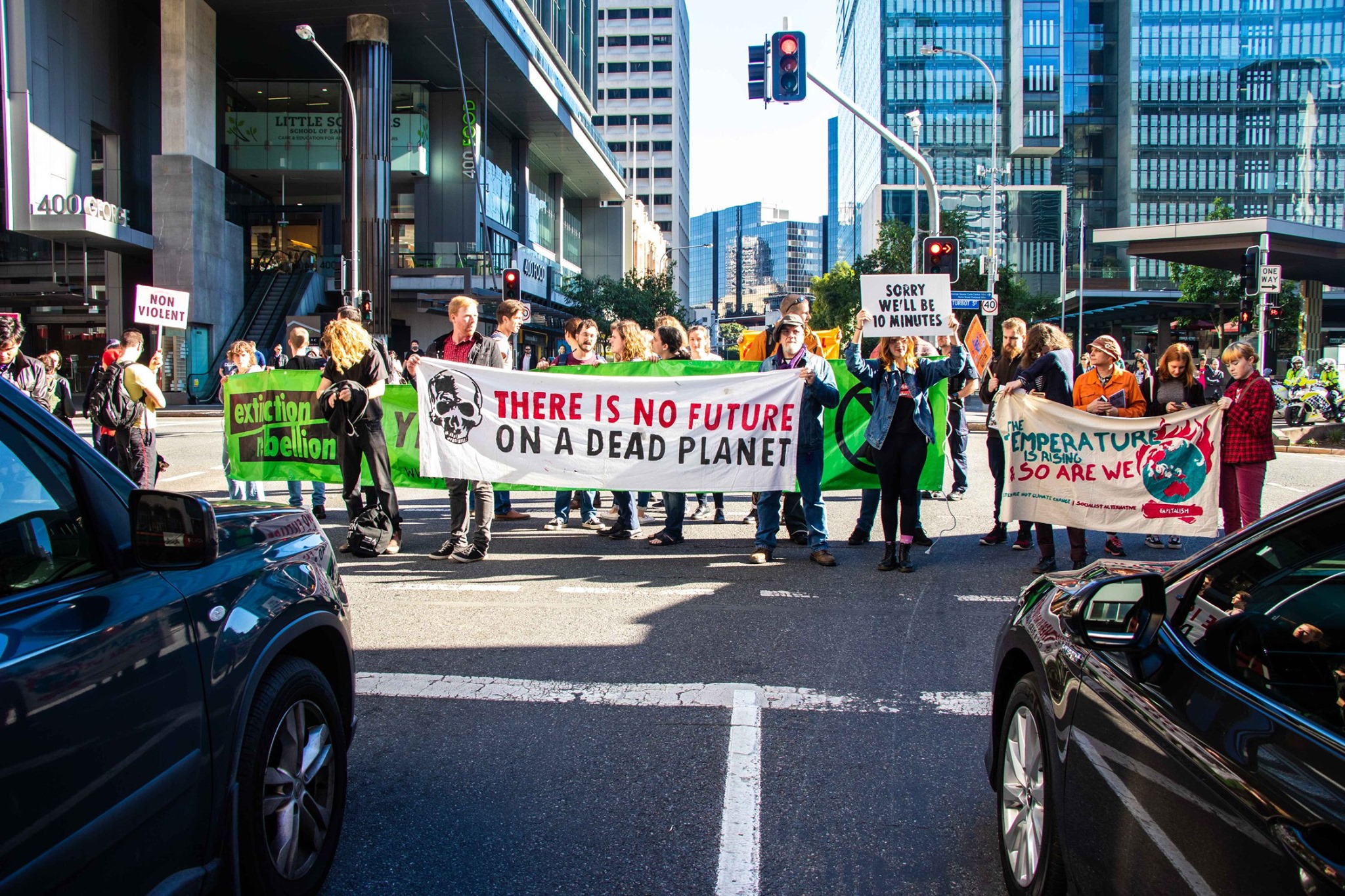 “But why are you blocking roads on a weekday? Can’t you just hold your rallies on a weekend or in a park somewhere?”

We’ve tried that. Many times. It hasn’t worked.

“Why don’t you protest at parliament and target the politicians directly?”

We did. Repeatedly. They ignored us. But we’ll still keep doing that too.

“Why can’t you use respectful evidence-based debate? Or ‘raising consciousness’ through the arts and storytelling? Or massive petitions? Or sending thousands of letters to politicians? Or running in elections and challenging the politicians who don’t understand how serious climate change is?”

Yes. Campaigners have been doing all of that. For decades.

All those tactics help a little bit. They apply pressure on different parts of the system. But they haven’t been enough, because people have been indoctrinated into fearing change and believing that a better world is impossible. Powerful multinational corporations have spent huge amounts of money sowing doubt, spreading misinformation, undermining or removing progressive politicians, and bribing others.

Disruptive civil disobedience is one very important tool in a diverse social change toolkit, especially for First Nations peoples and People of Colour who are even more directly excluded from the political establishment's decision-making processes. It’s been an essential ingredient in every successful push for major change in human history. And every time, the conservative media tries to paint participants as feral, divisive, fringe extremists.

Even at the local level, disruptive road blockades have led to council reversing a decision to take bike lanes off the Victoria Bridge, to funding for new traffic lights in West End, and to multiple highrise development projects being reduced in bulk and scale.

Yes, it pisses some people off. But it’s an effective tactic precisely because it’s so difficult for the political establishment and ‘mainstream’ media to ignore.

In the last 12 months, dozens of anti-coal activists in Queensland have been arrested after locking on to coal train lines and blockading coal mines and coal ports. And by and large, the media and wider public barely noticed.

Those actions directly disrupt the coal industry, delay major projects and cost big business a lot of money, but they simply don’t impact the zeitgeist in the same way as blocking traffic does.

It’s easy for Labor and Liberal politicians to ignore an expert scientific report, or a minimally disruptive Saturday morning rally, or a sit-in at the headquarters of Santos or Adani, or even a protest inside parliament itself (which doesn’t really affect corporate profits in any direct, significant way).

It’s much harder to ignore an inner-city road blockade. Lots of people are going to talk about it even if the mass media doesn’t cover it, so the media is essentially forced to cover it, whether they want to or not. 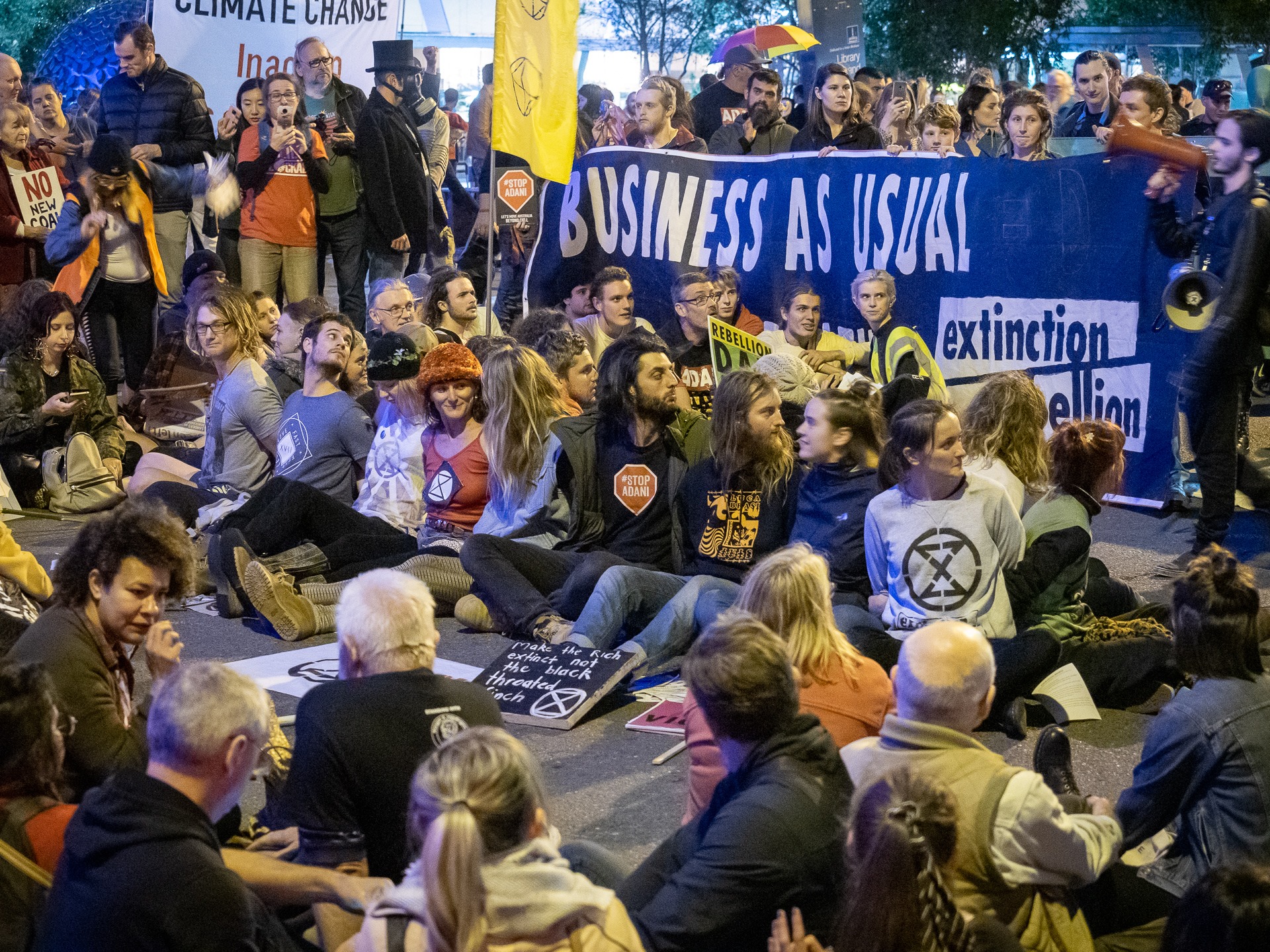 Disrupting the ebb and flow of a city is about highlighting that all of us are collectively responsible for an issue. When a protest targets a certain corporation or political party, it effectively narrows the focus of responsibility onto that one group or entity. But gridlocking a whole metropolis is about saying that even though many of us feel disempowered by the current political system, we all have a part to play in responding to the climate emergency.

1.  They prompt further conversation and debate.

For many of us in our politically engaged progressive bubbles, this might be hard to imagine, but a lot of people in Australia go weeks and months without thinking seriously about climate change at all. The value of prompting these conversations within communities and networks where they wouldn’t otherwise occur is hard to overstate.

2. They contribute to a broader climate of public frustration and dissatisfaction with the political establishment that it’s electorally damaging to ignore.

It’s much easier for a governing party to retain power when most voters are mostly content. But if people are constantly annoyed about something (e.g. traffic jams) they start asking deeper questions about the systems that shape and control their lives.

There’s a method to the apparent madness of protestors who deliberately engage in actions that might appear to turn a lot of people against them. Yes, people become frustrated with the activists. But they also grow frustrated with the government. And after a while, more people start to reflect on how serious an issue must be if so many protesters are putting their bodies on the line. Eventually, it gets to a point where it’s easier for the government to start negotiating with the protestors than to ignore them.

No-one’s pretending road blockades are an ideal tactic, but they’ve proven time and again to be one of the most effective options available, particularly when vested corporate interests are actively advocating against change.

As I’ve written previously in this piece about road safety protests,

civil disobedience creates the negotiating space for other ‘moderate’ groups to articulate stronger demands. When politicians are confronted by disruptive, controversial protests, they will publicly dismiss the protestors as vocal fringe extremists, but will then simultaneously seek to appease and build stronger relationships with the very community groups whose petitions they previously ignored. 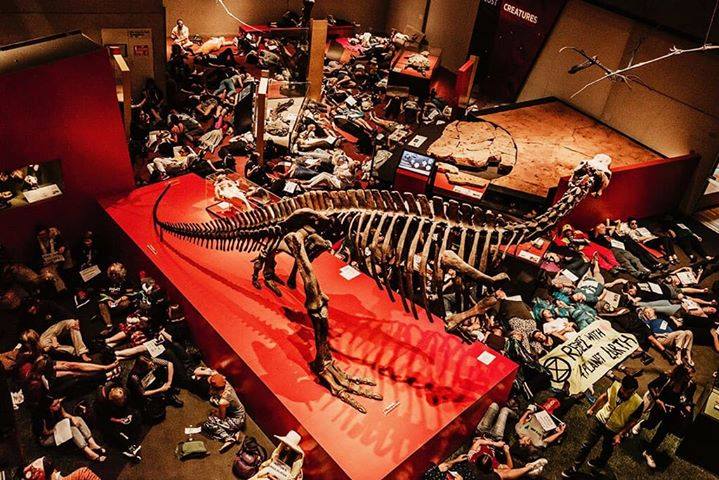 If you have a better idea, go out there and try it.

But just sitting on the couch, basking in the smug superiority of all-knowing disinterest is not going to stop the planet from cooking.

If you want to come doorknocking with me at election time, you’ll be very welcome. But in between elections, if you want to meaningfully influence politicians on an issue like climate justice, as a politician I’m telling you that supporting disruptive civil disobedience and general strikes is probably your best option.

Many people don't have the luxury or privilege of being able to engage in civil disobedience without experiencing severe police violence and state brutality. So it becomes doubly important for those of us who do hold more power in society to use our privilege to lift up and support the struggles of Pasifika and First Nations peoples who are on the front line of the struggle for climate justice.

Although I don’t plan to get arrested, I’ll be heading along to the major action in Brisbane on 6 August, as well as supporting the general strike on 20 September.

Hopefully you’ll join me on the street.