Council has released further info about what it's referring to as the 'Kangaroo Point Bikeway Project'. I think the title is a bit misleading, because the project actually falls within the suburb of South Brisbane, and focuses on Lower River Terrace, Dock St and Little Dock St, which is the link between the Veloway bikeway (which runs along the Pacific Motorway) and the Goodwill Bridge. I tend to refer to it as the 'Dock St Bike Link'.

You can find the basic details and give feedback via the council website.

I'm pleased to see this project going ahead and have been pushing for it for some time. We were particularly concerned about conflicts between bikes and cars, and also bikes and pedestrians. A lot of people would probably agree that in particular, the current design of the pathways leading up to the Goodwill Bridge is suboptimal.

I'm very supportive of most aspects of the draft concept design. In particular, I'm quite excited about the 'shared street' proposal for Little Dock St, which will clearly signal to cars that they need to share the road and be more conscious of pedestrians and bikes. 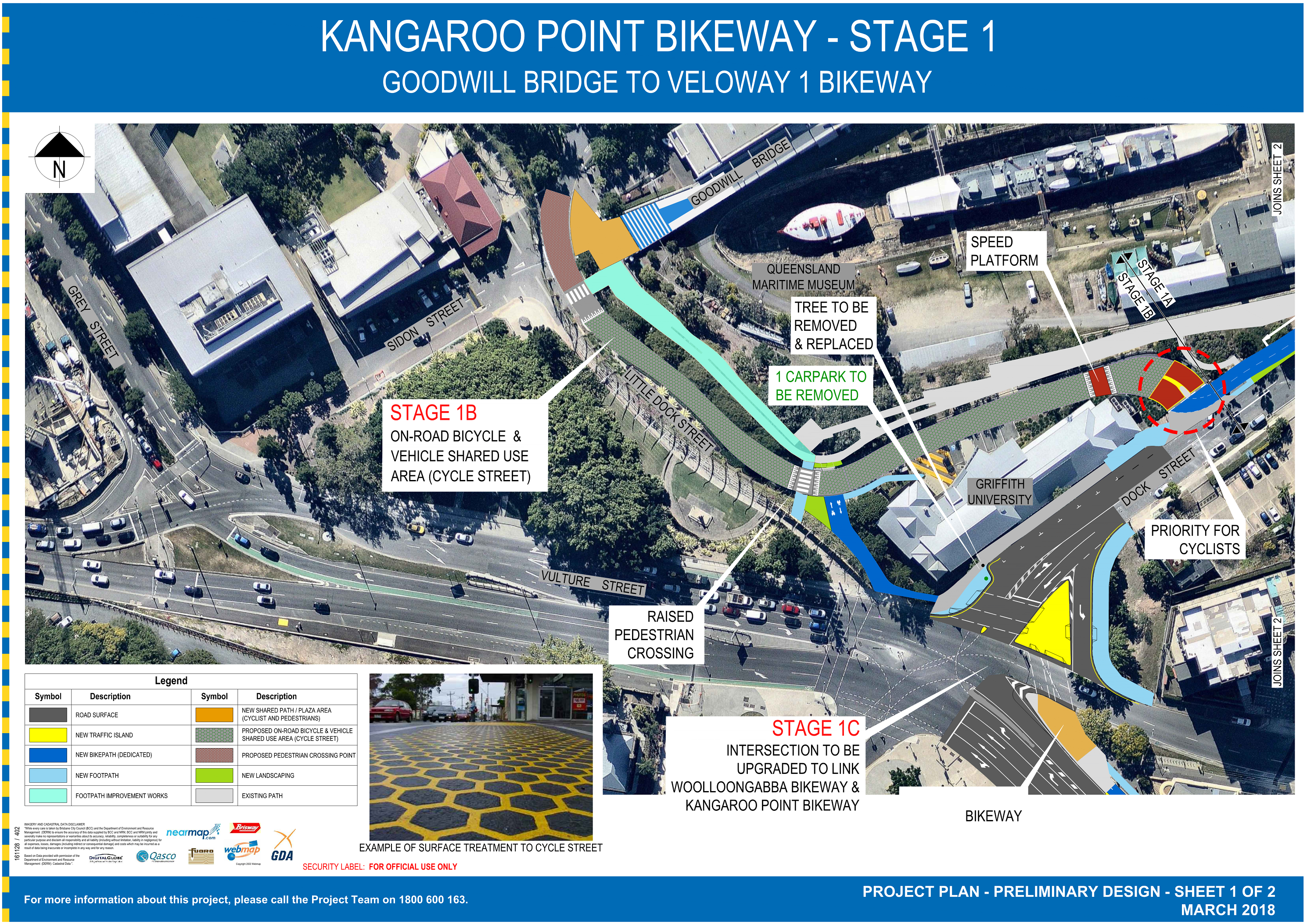 However, I think there are two key missed opportunities in this preliminary design that need to be reconsidered.

1. The lack of pedestrian and bicycle priority at the Lower River Terrace crossing coming off the Veloway.

2. The loss of public green space at the intersection of Dock St and Vulture St. 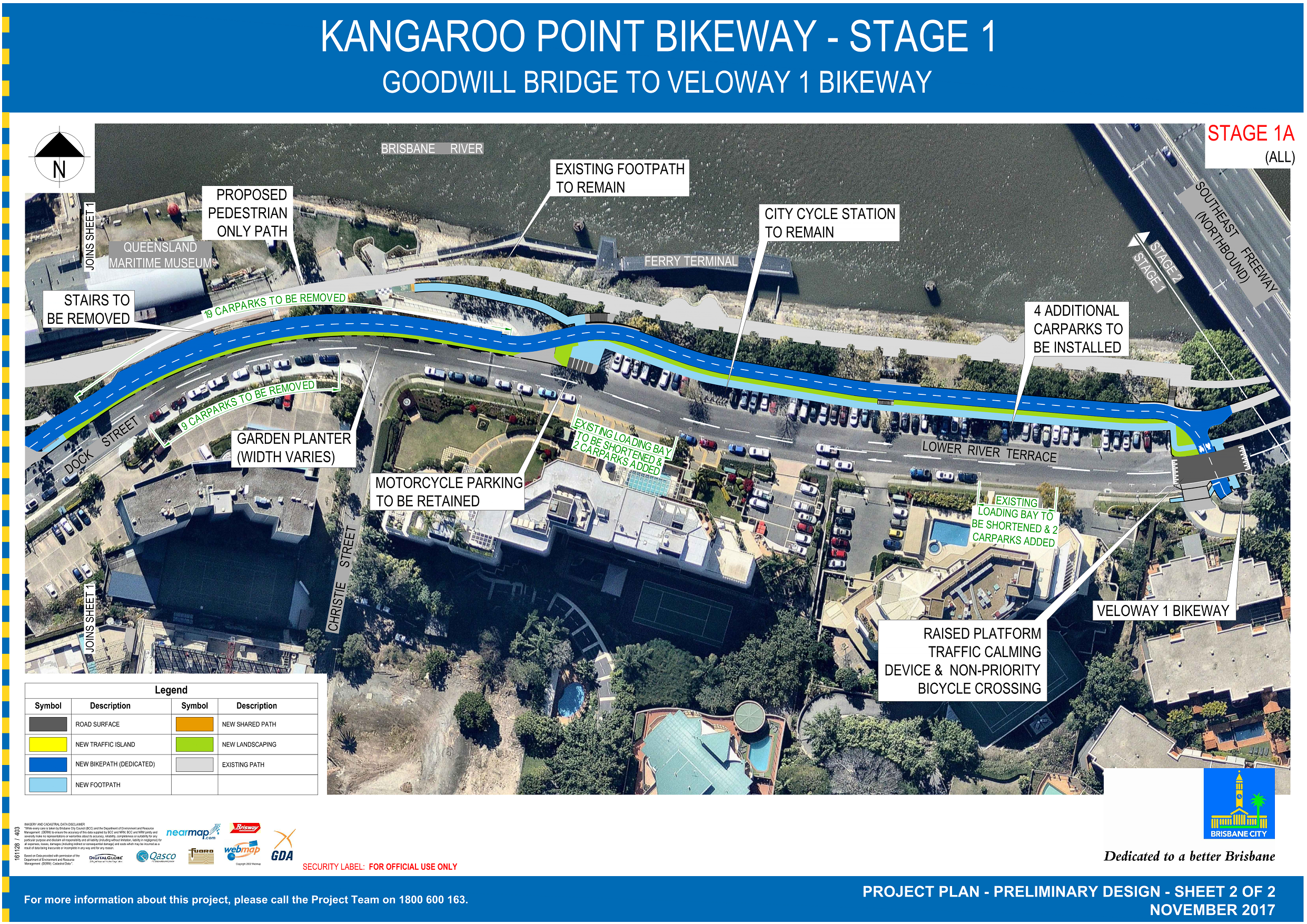 Pedestrians and bikes should take priority over cars

As shown on the right-hand side of the second page of the prelim design (pictured above), the proposed crossing from the Veloway 1 Bikeway over Lower River Terrace still gives priority to cars ahead of bikes. I understand this decision was made because council didn't believe it was possible to design a safe crossing point that gives priority to bikes, but I simply don't buy that. If the concern is that cars turning onto Lower River Terrace wouldn't stop or slow down in time to give way to bikes, it should be possible to narrow the road corridor with chicanes or install additional speed bumps to slow down motor vehicles.

We already have examples in Brisbane where bikes are given priority over cars along key cycling routes. One such example is the crossing at Albion near the intersection of Somerset St and McDonald Rd (see below). Although not 100% perfect in its design, this intersection gives priority to bikes and pedestrians on a 50km/h road in an area where heavy vehicles are common. If a car fails to give way to a pedestrian or bike at this kind of intersection, the driver would be responsible for the accident in the same way as if they had run a red light or hit someone at a zebra crossing. 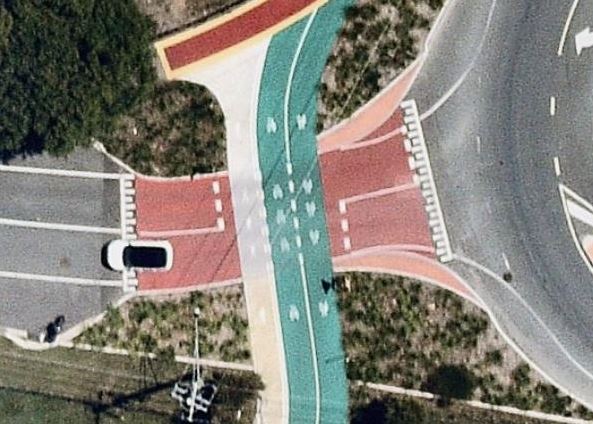 The Dock St bike link in South Brisbane is one of the most popular commuter cycling routes in the country. Many more bikes pass through this spot than cars, and given that we are trying to encourage more people to ride rather than drive, it makes a lot of sense to give bikes (and pedestrians) priority over cars when crossing Lower River Terrace. As part of this project, council could also look at lowering the speed limit on Lower River Terrace to 20 or 30km/h, with further garden bed build-outs/chicanes. Lower River Terrace is not a key connector road - if we need to slow down motorists in order to make pedestrians and cyclists safer, so be it.

It's important to recognise that based on council's current draft plans, even if motorists technically continue to have right of way at this intersection, many cyclists will not necessarily realise this and will tend to ride as though they do in fact have priority. By designing a crossing with a raised platform that slows cars down and gives cyclists a flat run, but still technically assigning priority to cars, the council may inadvertently be making the crossing more confusing and thus more dangerous. 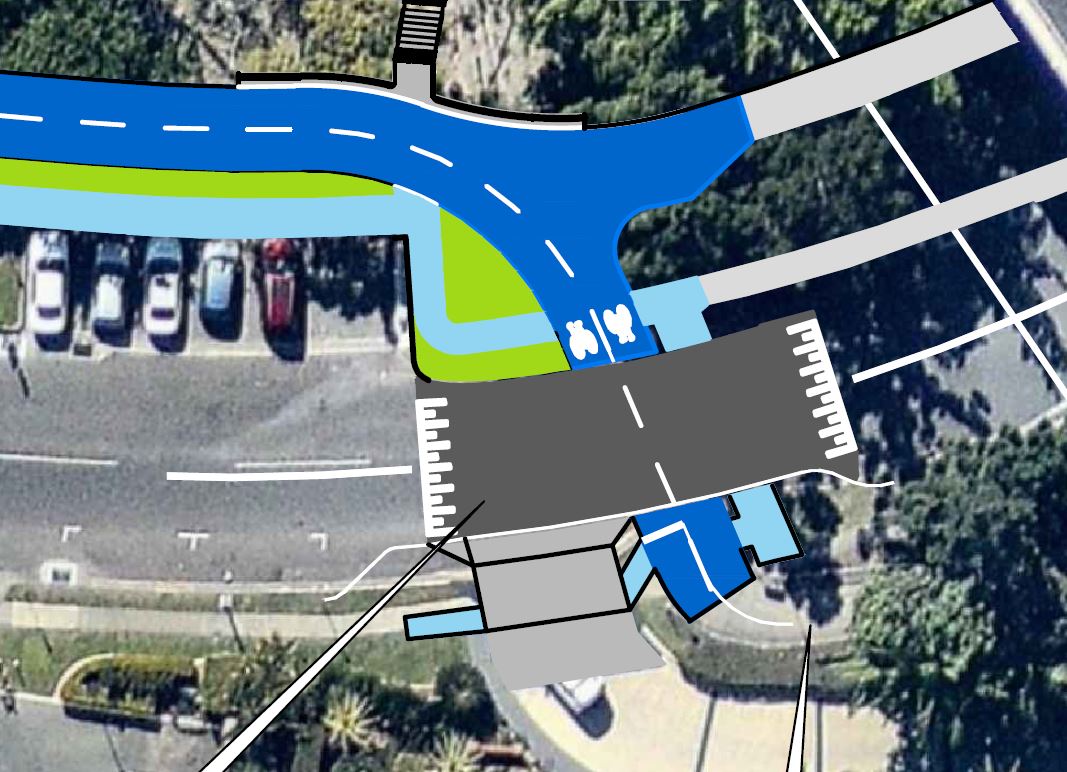 We should sacrifice road space rather than green space

The intersection of Dock St, Vulture St and Stanley St is a problematic spot for pedestrians and bikes and will be undergoing a major redesign as part of the neighbouring Woolloongabba bikeway project. The northern side of this intersection (Dock St and Vulture) clearly needs an expanded pedestrian island (shown in yellow in the below image) to accommodate the volume of pedestrians and bikes travelling between the Goodwill Bridge and the Mater precinct. 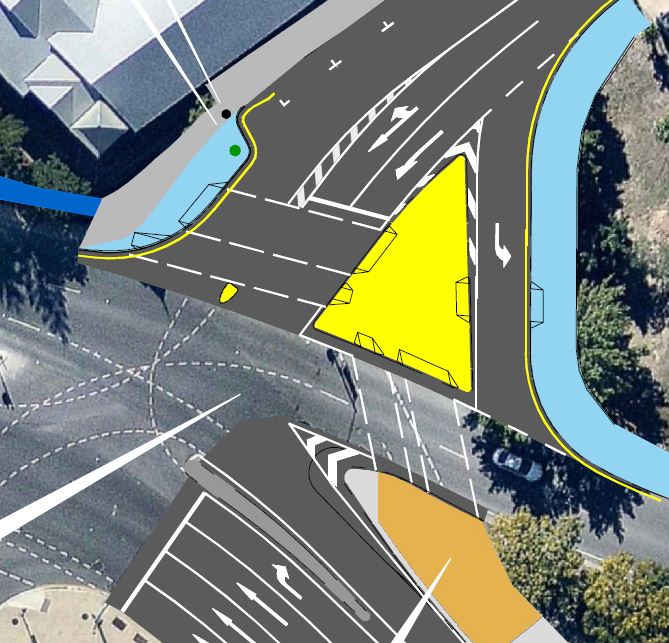 Unfortunately, to create space for this pedestrian island, BCC is proposing to substantially reduce the size of the small park on the corner. Although it doesn't look especially impressive, this little park is used by local workers (particularly from Griffith film school across the road) as a shady spot to eat lunch. The park is also a welcome patch of green at an intersection that otherwise feels very built-up and dominated by concrete and bitumen. This plan would essentially bring the roadway closer to the established trees in the park and reduce the size of this green space.

A better alternative would be for council to remove one of the general traffic lanes heading straight out of Dock St, so that Dock only has 1 left-turn slip lane and 1 lane for vehicles turning right or going straight ahead. Rather than reducing public parkland to make room for pedestrians, council should be reducing the amount of space we allocate to cars. Many of the vehicles travelling straight out of Dock St are commuters rat-running via Lower River Terrace and Ellis St to get to Somerville House or the hospitals. This also increases the time it takes for local residents of Dock St to get through the intersection and out of this precinct. This is not a shortcut that council should be encouraging. Reducing Dock St down to one lane would also reduce the amount of time pedestrians require to cross here, which should also help improve the overall efficiency of the intersection. 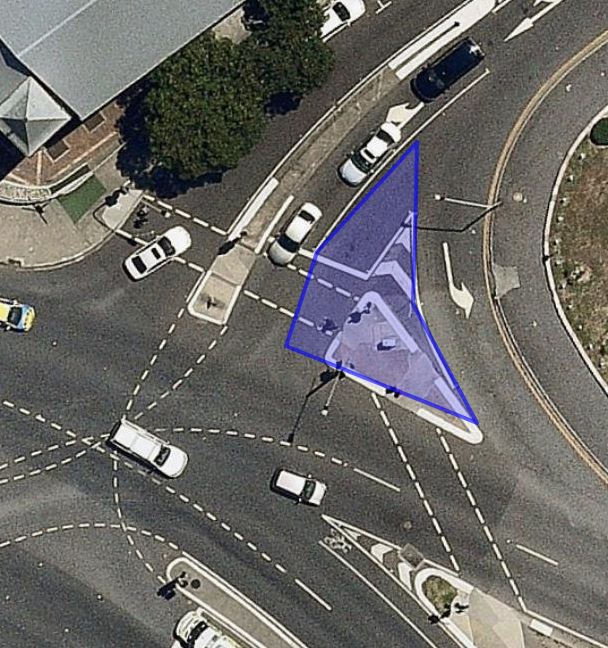 In a neighbourhood with such high volumes of pedestrians and cyclists, and which is well-serviced by a range of public transport options, it simply does not make sense to rank the needs of a minority of motorists ahead of the majority of active transport and public transport commuters.

I'm broadly supportive of the Dock St bike link. The shared street approach on Little Dock St is a great step forward, and one of the first of its kind in Brisbane, and the designers should be applauded for thinking outside the box. But the two issues I've outlined here are quite concerning, and need to be reconsidered in the final designs.

I'll be providing these comments to the council. You can also give your feedback by emailing the project team on [email protected].