Not Just Any Old Council Election: Thinking Globally and Acting Locally in the Gabba Ward

Cities shape every aspect of our lives, but ordinary citizens have very little power to influence the design and governance of our cities.

Any movement to fundamentally change society has to be able to transform the local institutions that shape our cities, and strengthen grassroots democracy as an alternative to top-down power and neoliberal hegemony.

The coming Brisbane City Council election in March 2020 is arguably one of the most important elections in South-East Queensland’s history, and the Gabba Ward campaign is shaping up as ground zero.

What’s happening in Queensland politics has major ramifications for the entire continent.

And Brisbane is the state’s political fulcrum.

The capital is where most of the public servants who advise politicians live, where most of the big decisions are made, and where roughly ¼ to 1/3 of the state’s voters reside. How Brisbane thinks, and what it cares about, defines the politics of the entire state, and in turn shapes the nation. 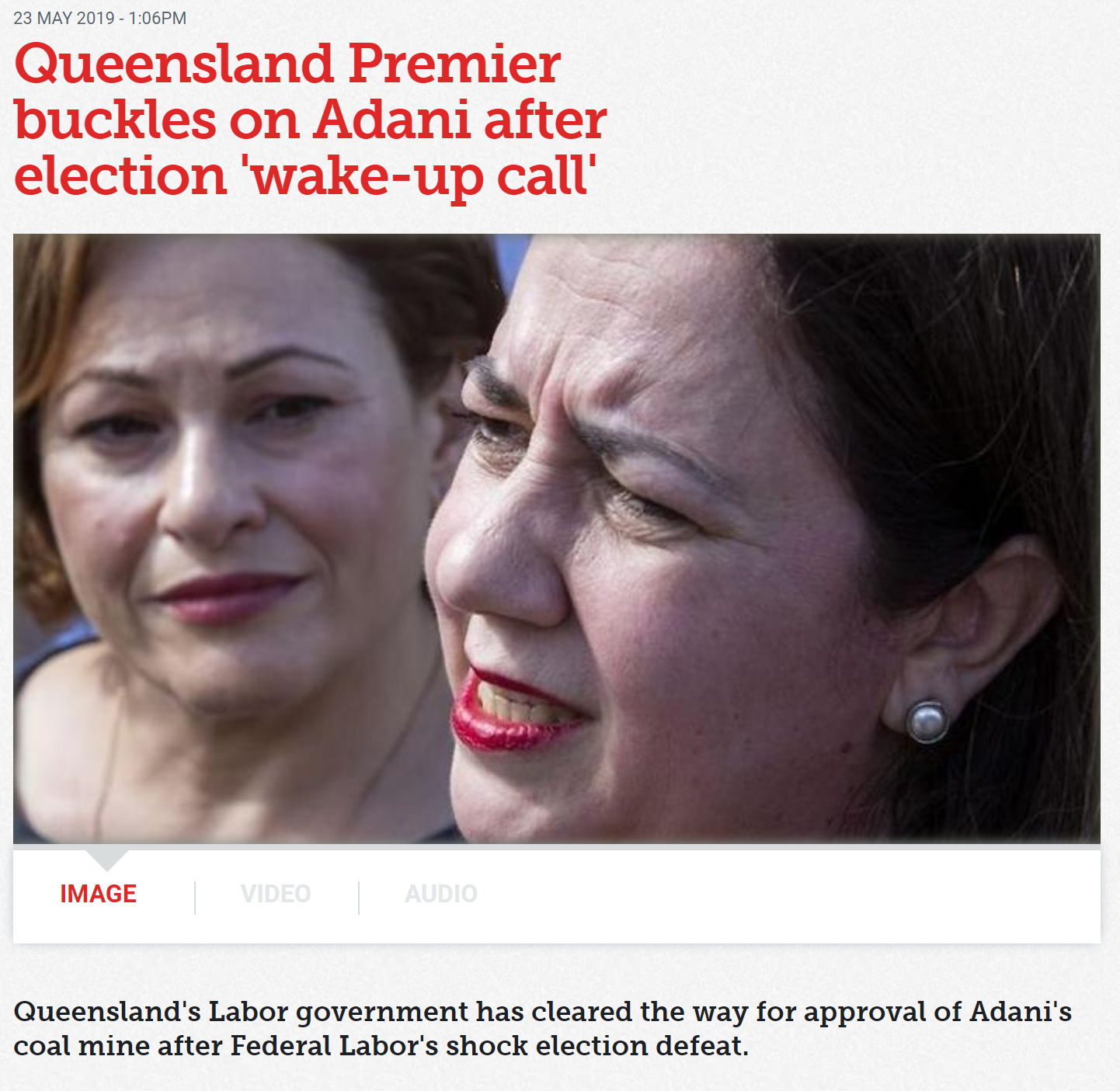 Brisbane City Council is a uniquely large and wealthy local council, that delivers a wide range of services far beyond garbage collection and footpath maintenance. It covers a population of roughly 1.2 million people (in contrast, Sydney City Council only covers around 240 000).

BCC has a huge long-term influence on the culture and values of the city’s population. Council’s decisions shape how we move around the city, what kinds of buildings we live and work in, who we interact with, how our local economy functions, what rituals and events we participate in, and what we do for recreation.

This mega-council has the power to render visible or invisible the violence of the colonial nation-state, and is far better placed to change the common sense and cultural norms of a city’s population than state or federal policymakers imposing their will from above.

If BCC supports community events that build social relationships between neighbours, and behaviour-change programs that encourage values such as sustainability and equality, that steers the city in a certain direction. Whereas if BCC facilitates the expanding influence of big corporations, and reinforces individualism and consumerism, that leads to a very different kind of city.

The Liberal National Party understands this. For years, they’ve directed massive resources towards consolidating power at the council level, picking up seats (they currently hold 19 out of 26 wards) and using BCC as a cultural and political power base.

They’ve adeptly undermined and counteracted the agenda of Labor Premiers, and gradually changed the culture of our city (and thus the government). Not only have they used this power base to win state and federal seats that might otherwise have swung to progressive candidates, but they’ve fundamentally altered residents’ aspirations and values. Such changes easily outlast election cycles.

In contrast, Labor has failed to grasp the political significance of BCC, and hasn’t strongly contested council elections, so they now only hold 5 out of 26 wards. This means that state and federal Labor candidates and MPs are continually undermined by well-networked LNP local councillors and mayors. Meanwhile Labor at the council level has become a tacit supporter of privatisation, the commodification of housing, and increasing state surveillance and control over our lives. 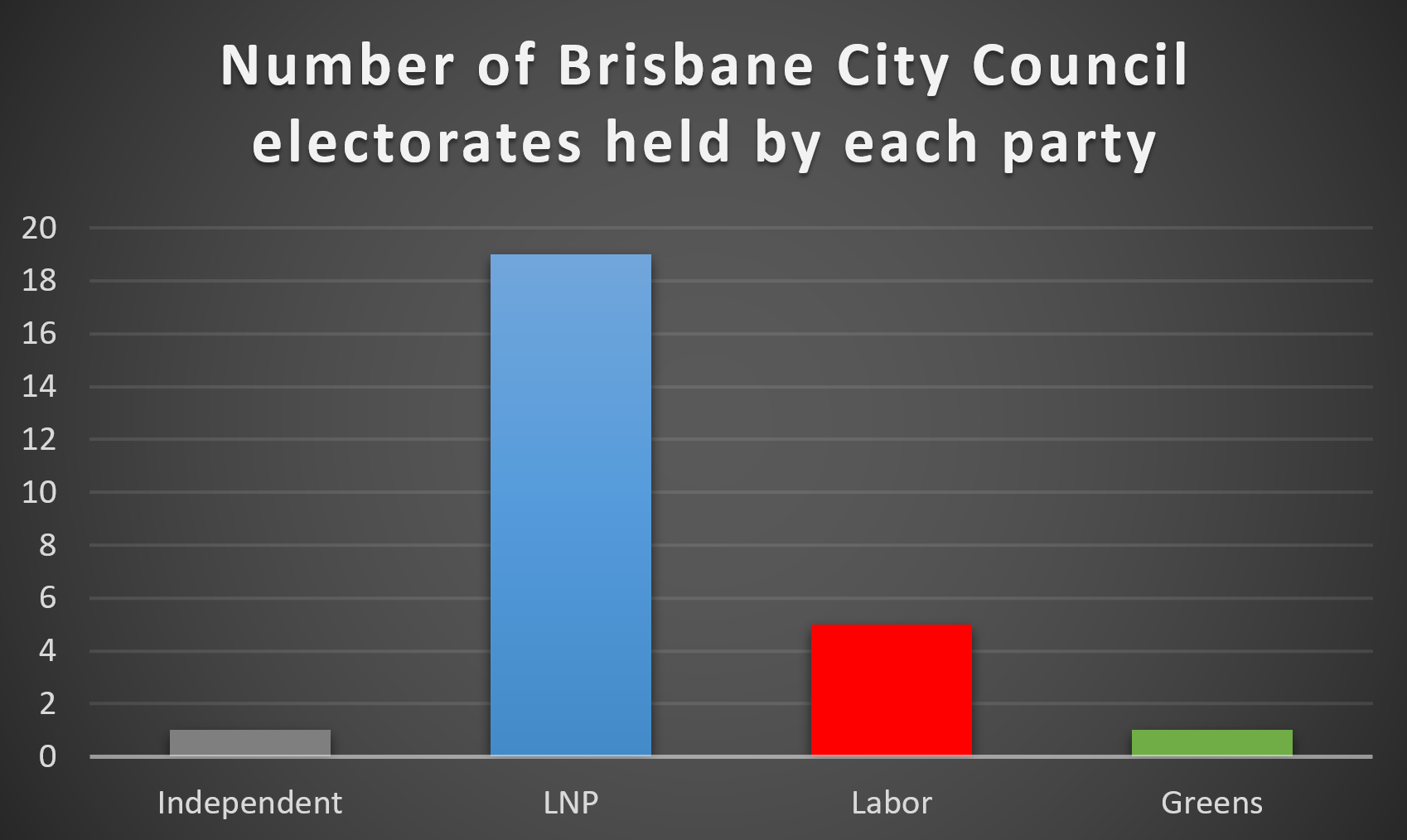 Predictably, our city has become a hub of neoliberalism. Global capital has flooded into the inner-city property market, accelerating gentrification and fragmenting communities.

Insecure housing options and transient populations make community organising harder than it used to be. Small businesses and community-run services and cooperatives have been displaced by multinational corporations. Public spaces are increasingly bureaucratised, controlled and commodified. By its very nature, the system suppresses civil society and discourages and obstructs people from being active, engaged, well-informed voters.

This is where the Greens campaign for the Gabba Ward comes in.

Back in mid-2015, we made a deliberate decision to run on a bold, radical policy platform that directly challenged neoliberalism, arguing for greater community control over our city, and seeking to fundamentally redefine the role of a local councillor.

I didn’t want to just be a green-leaning local administrator advocating gently for more street trees and electric buses. I wanted to use the resources and platform of elected office to help articulate a fundamentally different vision for society, experiment with new forms of deliberative democracy, and ultimately, to change the common sense of the city.

Against the odds, we won the election in March 2016, and began experimenting with different tactics of applying pressure on the political establishment (with varying success). 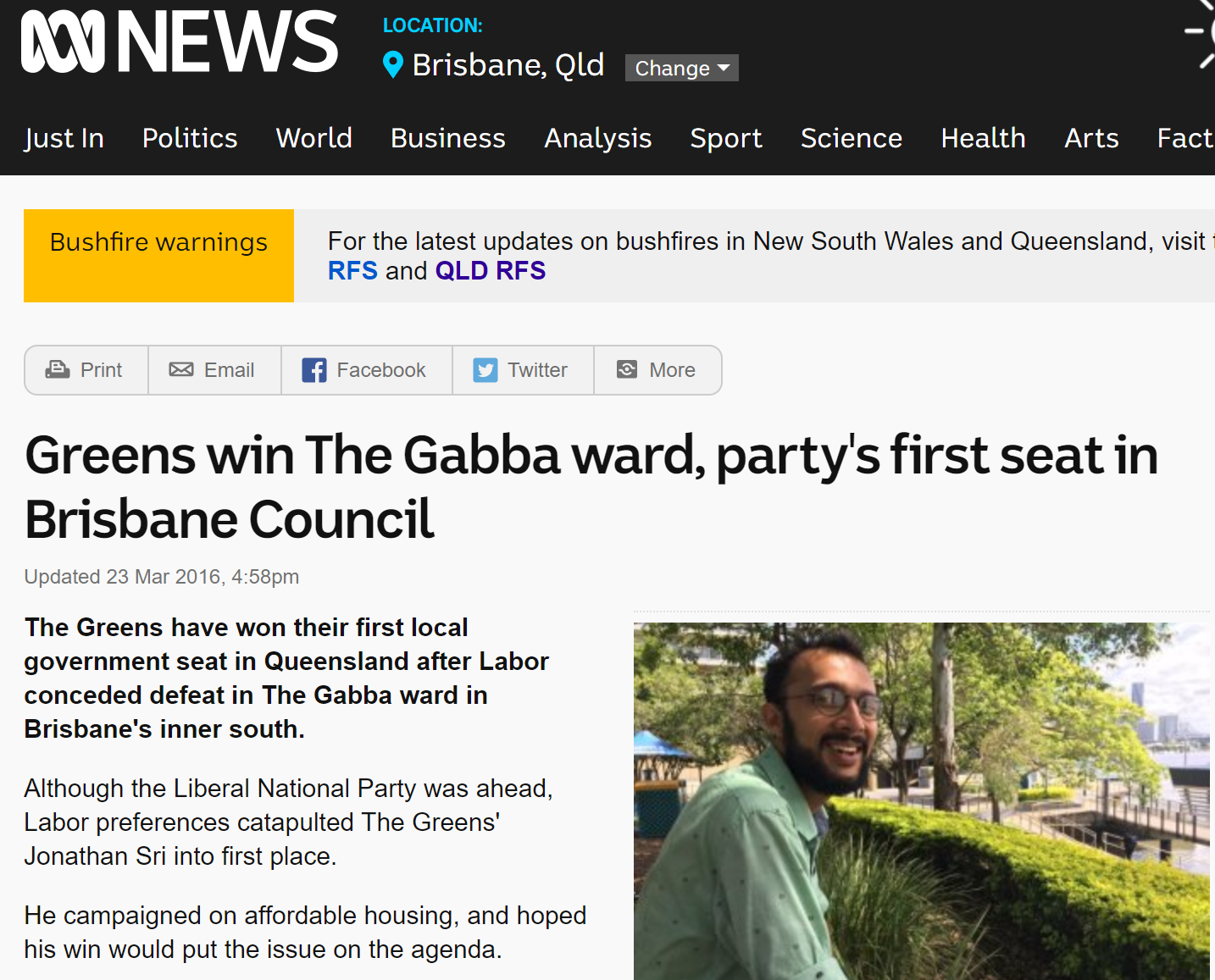 We stuck our necks out.

Instead of being just another progressive politician who occasionally shows up to a protest rally, we loaned out PA systems and even started organising our own community actions. We advocated and endorsed various civil disobedience strategies, using marches, occupations and blockades to prevent vulnerable people being evicted into homelessness, and to push for the kinds of positive changes residents wanted to see in their community.

Even within the Australian Greens, this represented a departure from orthodox ideas of the role of elected reps. At a time when the party has been trying to position itself as more ‘mainstream,’ we’ve sought to demonstrate that it’s possible to be both popular and radical. We wanted to show the Greens that you don’t have to choose between winning seats and articulating a bold, transformative policy platform. You can actually do both.

I’ve gone a lot further even than most other Greens politicians in critiquing racist institutions like the police, arguing for the dismantling of the colonial nation state, and calling for an end to the treatment of housing as a commodity.

This approach has drawn a lot of negative attention from the beneficiaries of neoliberal capitalism. Conservative media commentators have come after me aggressively, and the volume and vitriol of the major parties’ attacks on me have been unprecedented for a lowly city councillor.

In taking a strong, unapologetic stance on so many issues, we’ve inadvertently turned the 2020 council elections into a referendum on radical politics. The stakes are high. And rising.

If the Greens vote increases in my electorate (including the parts that are shifting into Coorparoo Ward) this will send a strong message both to the rest of the Australian Greens and to the political establishment more generally.

On the other hand, if my vote stagnates or I lose the seat, this will be interpreted by many as a vote in favour of the status quo, affirming fear-mongering Courier Mail editors and the trolls calling for protesters to be shot.

In the March 2020 council election, the Greens are aiming to retain the Gabba Ward with a comfortable swing, and also win the Central, Coorparoo and Paddington Wards (all of which are currently held by the LNP).

Labor in particular will be watching the results closely, to assess how much of a threat the Greens pose in the October State election. A strong Greens council result in inner-city Brisbane would mean that both Jackie Trad’s seat of South Brisbane (whose electorate boundaries closely match those of the Gabba Ward) and Grace Grace’s seat of McConnel, are vulnerable to the Greens. This in turn will shape Labor’s policy platform and priorities for the entire state.

A big Gabba Greens result will also be seen as an endorsement of the alternative vision we’re articulating for the city, with ramifications for a range of issues, from transport to housing policy. It will give progressive employees within council more confidence to push for new ideas, and demonstrate to the LNP that the residents objecting to unsustainable profit-driven ‘development’ and a broken democratic system are not just a vocal minority.

In the 2016 council election, we only beat Labor in the Gabba Ward by 439 votes (there were 28 000 enrolled voters). Less than 1 in 3 voters gave me their first preference, and I think it’s fair to say that a lot of people didn’t realise exactly what kind of councillor they were getting.

Updating that wafer-thin margin to a powerful, unquestionable victory will make a lot of key political decision-makers around the country sit up and take notice. Achieving a big swing in the Gabba Ward will demonstrate that this movement is not a fluke or a flash in the pan, and that there’s a growing appetite for major social change and a new kind of politics.

Most importantly though, my re-election campaign for the Gabba Ward is about hope. When Scott Morrison is Prime Minister, the Queensland Labor Party is locking up peaceful protesters, and political analysts are talking seriously about Donald Trump winning a second term as president, every radical victory becomes important.

We need to believe a better world is possible.

We need to imagine a different, more radical kind of city… A city that is more sustainable, equitable, beautiful and democratic.

If we can imagine it, we can make it real.

But to do that, we need your help.

(If you'd like to get involved in the campaign, you can volunteer at this link, or donate to the campaign via this link)