This week I was invited to participate in a debate/discussion about sustainable development and over-development at the Urbanity 2017 conference. It was primarily a free-flowing Q&A discussion format that covered a range of issues... below you can find a rough transcript of my opening remarks... 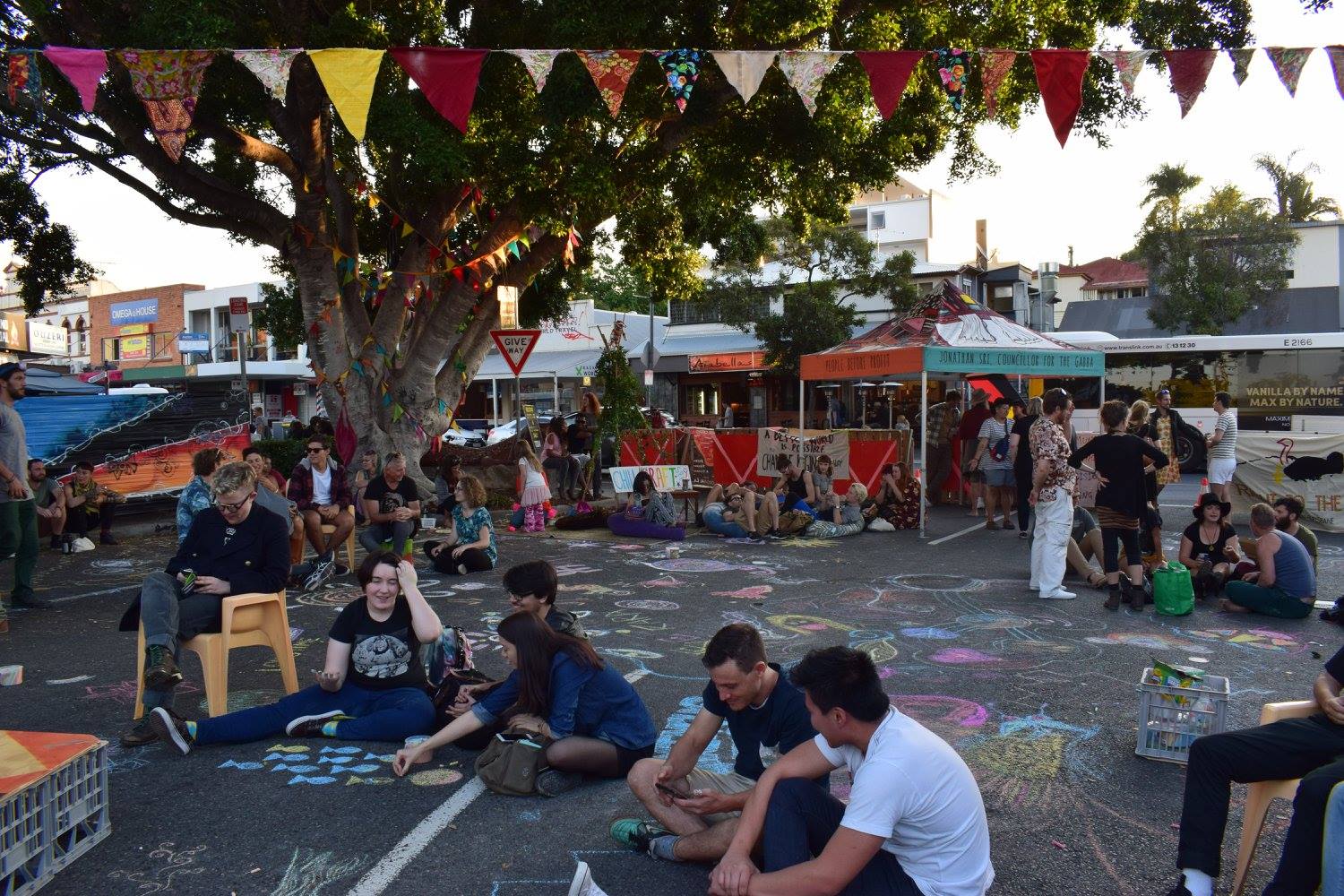 I grew up in northside suburbia, to a soundtrack of lawnmowers and lonely dogs, and I was always troubled by Australia’s addiction to replacing farmland and forests with low-density suburban sprawl.

I moved to the inner-city because I saw the merits of denser walkable neighbourhoods, where the streets were lively and vibrant. So I can understand why people might be confused at how strongly I’ve objected to some major development projects.

Personally I don’t consider myself a NIMBY, and I think such terms are problematic because they muddy the waters and discourage more nuanced debate.

Certainly there are plenty of people in Brisbane who do mindlessly object to any form of development in their neighbourhood, and a common trope is that these are privileged territorial home-owners who are only concerned about protecting their property values. But many of the strongest objectors to inner-city developments are not necessarily wealthy homeowners, but low-income renters who recognise that these projects will not deliver well-designed affordable housing, and are in fact pricing them out of their homes and fragmenting their communities.

I have two fundamental concerns about the trajectory of development we’re seeing in inner-Brisbane.

Contrary to popular rhetoric, increasing the supply of private dwellings isn’t really improving affordability for first home buyers and local renters because a) profit-driven investors continue to drive up prices and out-compete people who actually want to live in the area, and b) if supply increases so much that demand from investors does start to drop, the private property industry will slow down construction to match.

The only way that we could conceivably improve housing affordability through private sector development is if we saturated the market with so many dwellings that we precipitated a massive collapse in property values across the city. This would be financially devastating for thousands of owner-occupiers with big mortgages, and cataclysmic for the wider Brisbane economy. But this scenario seems unlikely, because the private sector tends to artificially restrict supply in order to preserve high property values.

While an over-supply of apartments in certain suburbs might temporarily lower prices, the long-term trajectory is definitely still upwards. As a result, first home buyers are taking on massive, crippling mortgages just to get into the market. This level of debt forces people to work longer hours under less favourable employment conditions, and also means residents have less time for volunteering and connecting with their neighbours.

Meanwhile renters are stuck on short-term leases, with little power to improve and customise their homes and no long-term security of tenure. When medium-density sharehouses, flats and boarding houses are demolished to make way for new apartments, the low-income tenants who get evicted are often priced out of the neighbourhood altogether.

Basically, residents aren’t reaping the benefits of this kind of development, nor are they being given any meaningful input into how their neighbourhoods change and evolve. We’re getting rapid population growth, but not the infrastructure to support it. By denying residents a say and forcing change upon communities, we’re actually turning reasonable, rational people into the worst kind of NIMBYs.

The main political justification for the private apartment construction boom is false. Most people within the property industry don’t actually want property values to fall.

a)      They are strict mandatory requirements, or

The concern I have with many apartment developments is that design decisions largely ignore the welfare and the wishes of the ultimate residents.

I’ve had plenty of conversations with developers where I say, “Why didn’t you put solar panels on that rooftop?” or “Why don’t your apartments have greywater recycling?” and usually their response is that it’s not what buyers are looking for. Such features are considered nice-to-have extras that aren’t worth the additional construction cost because they don’t really add to the property’s sale value.

This is especially problematic in a market where the majority of buyers are investors, or short-term owner-occupiers who intend to on-sell in a year or two. I do see a few developers who are including more green space and other amenities because they’re targeting owner-occupiers who are willing to pay more for well-designed buildings.

But it seems the majority of Brisbane developers are primarily trying to attract off-the-plan investors, and the majority of investors don’t usually care about the quality of the fixtures, or whether there are enough deep-planted trees and open green spaces on the site. All they really care about is the location, and how many bedrooms and bathrooms there are. So there’s no direct connection or feedback mechanism between the people designing and building apartments, and the residents who end up living there.

This disconnect is particularly apparent in the way so many modern apartments cut people off from the surrounding community. Between intercom security systems,  soulless hallways and lobbies, and the lack of publicly accessible spaces, there are often very few opportunities for residents to interact with their immediate neighbours, let alone community members from other buildings. Many residents take the elevator down to the basement carpark and drive to work, without ever engaging with the surrounding streetscape and nearby local businesses.

In suburbs like West End, older styles of medium-density apartments have open stairwells and outdoor walkways that increase passive surveillance and offer more opportunities for incidental encounters and community interactions. Residents can call out to each other from balconies and landings, and swap news while gardening in communal courtyards or hanging washing on shared clotheslines.

To encourage strong, connected communities, the built environment needs to feature a gradual transition between the public and private realm, with shared facilities and communal spaces. This allows residents to choose how much or how little engagement they have with neighbours and the world around them.

The design of many new developments robs residents of this choice. You’re either locked away inside your apartment, or you’re out on the street – there’s very little in between. This encourages a more individualistic lifestyle, and prevents the formation of robust and resilient community networks.

My broader point here is that the community dividend of development is substantially reduced when design decisions are driven by the pursuit of profit, rather than what’s best for long-term residents.

A key component of the solution to these inter-related problems is a shift away from private sector development that treats housing as a for-profit commodity, and greater government investment and a renewed focus on well-designed, appropriately located social housing. You can view our policy proposals regarding affordable housing via this link.