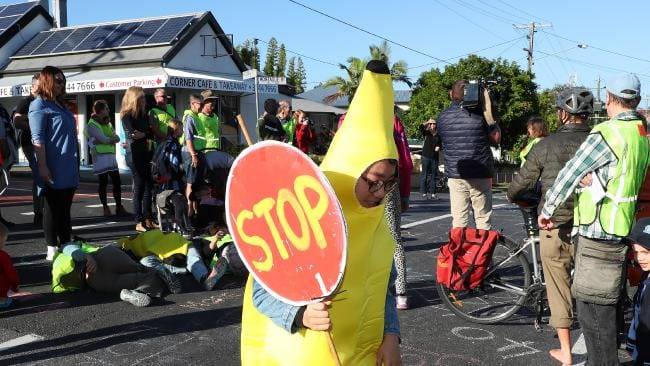 The general tendency of the current LNP-dominated council administration is to spend too much on mega-projects and too little on smaller value-for-money upgrades that actually improve safety and convenience for local residents, and that trend has continued with the 2018/19 budget.

In terms of spending on transport within the Gabba Ward for the 2018/19 financial year, most of the key infrastructure projects have already been announced and do not need much explanation. These include:

There’s also $600 000 in the budget for significant repairs to the Kangaroo Point Riverwalk (schedule 2.1.3.1), a few hundred thousand for repairs to retaining walls and embankments around the ward, and $80 000 for a Pedestrian crossing island over Vulture St East near Norman St, East Brisbane (schedule 2.1.2.2).

I was initially quite surprised to see $118 000 for a ‘Congestion-busting project’ (schedule 2.1.2.3) on Vulture St between Hampstead Rd and Edmondstone St in South Brisbane, but we’ve since learned that this is simply to paint some right-hand turning arrows in the right lanes. I will be pushing for any changes to the road markings through this stretch to include space for bike lanes. I’m not sure how successful this will be. 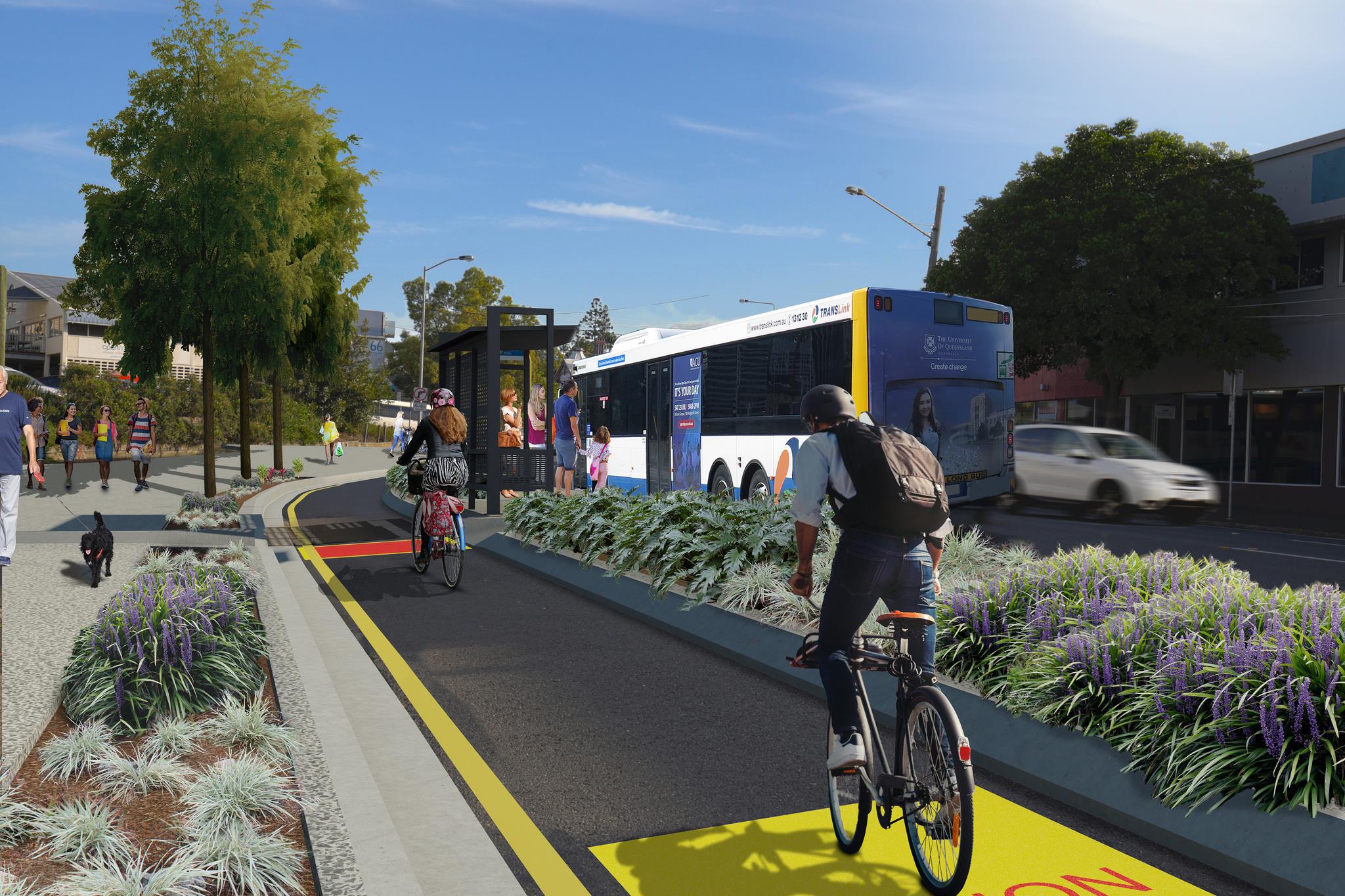 One newish project which I’m very pleased about is the allocation of $1 million towards ‘River Loop Safety Improvements’ (schedule 1.1.3.1) which refers to the popular cycling route around Brisbane’s inner suburbs. I will be pushing for a fair chunk of this budget to be spent on Gladstone Rd and Dornoch Terrace in Dutton Park and Highgate Hill. I have provided the clear advice to council that this money should be used to improve safety pedestrians and not just bikes, and I have highlighted following locations as deserving of particular attention:

Unfortunately, a budget of $1 million probably won’t be enough to fully address all of the above-listed trouble spots, and I will continue to lobby for more money to be spent on pedestrian and cyclist safety within the Gabba Ward.

As you can see, any new infrastructure project involving a roadway is insanely expensive. Some of the key factors which drive up costs include:

The other massive spending allocation in the annual budget that impacts on the Gabba Ward is the Brisbane Metro project.  I’ll post in more detail about this over the coming months. The council has gone out to tender for early works and a few other elements of the project.

The project has been scaled down dramatically from what was originally proposed. It’s basically some bigger, longer buses running along the existing busway, but users will pay/swipe their GoCard when they enter the station rather than when they get onto the bus itself. It also involves a major redesign of the Cultural Centre bus station (which won’t begin for a couple of years) and closing Victoria Bridge to cars and bicycles. Personally I support closing Victoria Bridge to cars, but I think access for bicycles should be maintained.

One of my other main concerns is that BCC is seriously considering fossil fuel-driven vehicles for the new fleet. This seems pretty silly to me for a lot of obvious reasons, and I would hope and expect that they will prioritise electric or at least hybrid options.

For 2018/19, the Lord Mayor has allocated a total of $39.9 million to the Metro, with another $700+ million to come over the next few years. Project costs are dramatically higher than they need to be due to the short-sighted desire to keep Grey Street open to cars through the Melbourne St intersection, and the reluctance to introduce bus-only lanes on key bottlenecks like the Captain Cook Bridge, the Story Bridge, Ipswich Rd and Gympie Rd. It seems the analysis of alternative options within the Metro business case has been quite limited and restricted in its scope. Although I’m willing to accept that the project will have an overall positive impact on the transport network in Brisbane, I’m not convinced that this is the most cost-effective use of almost a billion dollars.

There’s still no funding for a new CityCat terminal to service the high-density developments along Montague Rd in West End. This is obviously extremely short-sighted of the LNP, and will probably exacerbate congestion and compound transport planning challenges in future years. I’ve still got a live petition on my website calling for a new CityCat or some other kind of high-capacity public transport solution for the western half of the 4101 peninsula. You can sign it at this link.

Public transport coverage in Brisbane’s inner-south side varies widely from one neighbourhood to the next.

This map shows the bus and train routes that run at least every 15 minutes (note that it excludes ferries and CityCats). As you can see, some parts of the Gabba ward – such as along the busway, the train line, and the CityGlider and 199 routes – are reasonably well served, whereas large chunks of Highgate Hill, East Brisbane and Kangaroo Point still lack high-frequency services. There’s also no direct east-west link between West End and East Brisbane/Coorparoo. These gaps need to be filled if we are to accommodate a growing population and shift more residents away from car-dependency. Projects which reduce vehicle access (such as closing the Victoria Bridge) or remove carparking (e.g. to make room for bike lanes) must be accompanied by investment in new high-frequency public transport services to cater for local residents.

Unfortunately, this year council has again failed to put any money into creating new bus routes and services, which is a problem right across the city.

As well as all of the transport projects listed above, council is spending a lot of money on road resurfacing within the Gabba Ward. Here’s a rough list of all the resurfacing projects identified for our area in 2018/19:

All up, this comes to a total of just over $2.8 million. Across the city as a whole, the council is spending $90 million on road resurfacing in 2018/19 (schedule 2.1.3.1), and there are probably many more streets that need resurfacing that aren’t in this year’s budget. The Gabba Ward is one of the most heavily populated wards in Brisbane, but despite carrying a lot of traffic from other parts of the city, it also has significantly less spending on road resurfacing than most other wards, which is largely thanks to the higher density, and the fact that a higher proportion of Gabba Ward residents walk, ride and catch public transport to get around.

It’s a reminder that even once you spend the money building and widening roads, you have to spend a lot more money maintaining them on an ongoing basis. This is not sustainable for the city long-term. Every time council spends hundreds of millions of dollars widening a road corridor (such as Lytton Road or Kingsford Smith Drive) it’s also increasing the road maintenance burden for future council administrations. Putting aside the negative environmental and social impacts of a transport network that revolves around cars, this approach is also economically unsustainable.

Overall, the Gabba Ward has faired a lot better than many parts of the city in terms of the raw quantum of investment in transport infrastructure, but most of that money continues to be wasted on road projects rather than active and public transport. The total budget this year for traffic calming (e.g. speed bumps and build-outs) across the entire city was only $1.9 million, which compares very poorly to the massive outlays on resurfacing and widening roads. With a few notable exceptions (such as the Woolloongabba Bikeway project) Brisbane City Council’s priorities are still quite backwards when it comes to transport infrastructure and planning, and are completely out of step with the direction that most other developed cities are now taking.

If you’re frustrated about the lack of investment in pedestrian safety and public transport, I also encourage you to read this explanation of infrastructure spending shortfalls if you haven’t already seen it.