Rallies are great, but don't forget to reach beyond the bubble

Last Friday, I spoke at a massive climate justice rally in the city. Somewhere between 6000 and 7000 people took to the streets. There was a crackling energy in the crowd. It felt powerful and rejuvenating to be surrounded by so many humans who were just as passionate as I am. It felt cathartic to shout.

Mass mobilisations are an important ingredient of successful political movements. They’re great at raising public consciousness about challenges and solutions, and they help shake fence-sitting bystanders out of complacency. I think more targeted and disruptive forms of civil disobedience can be even more effective (but of course they also carry a higher risk of fines).

Big demonstrations are also great for renewing and strengthening social connections, and for inspiring participants to take other forms of positive action. 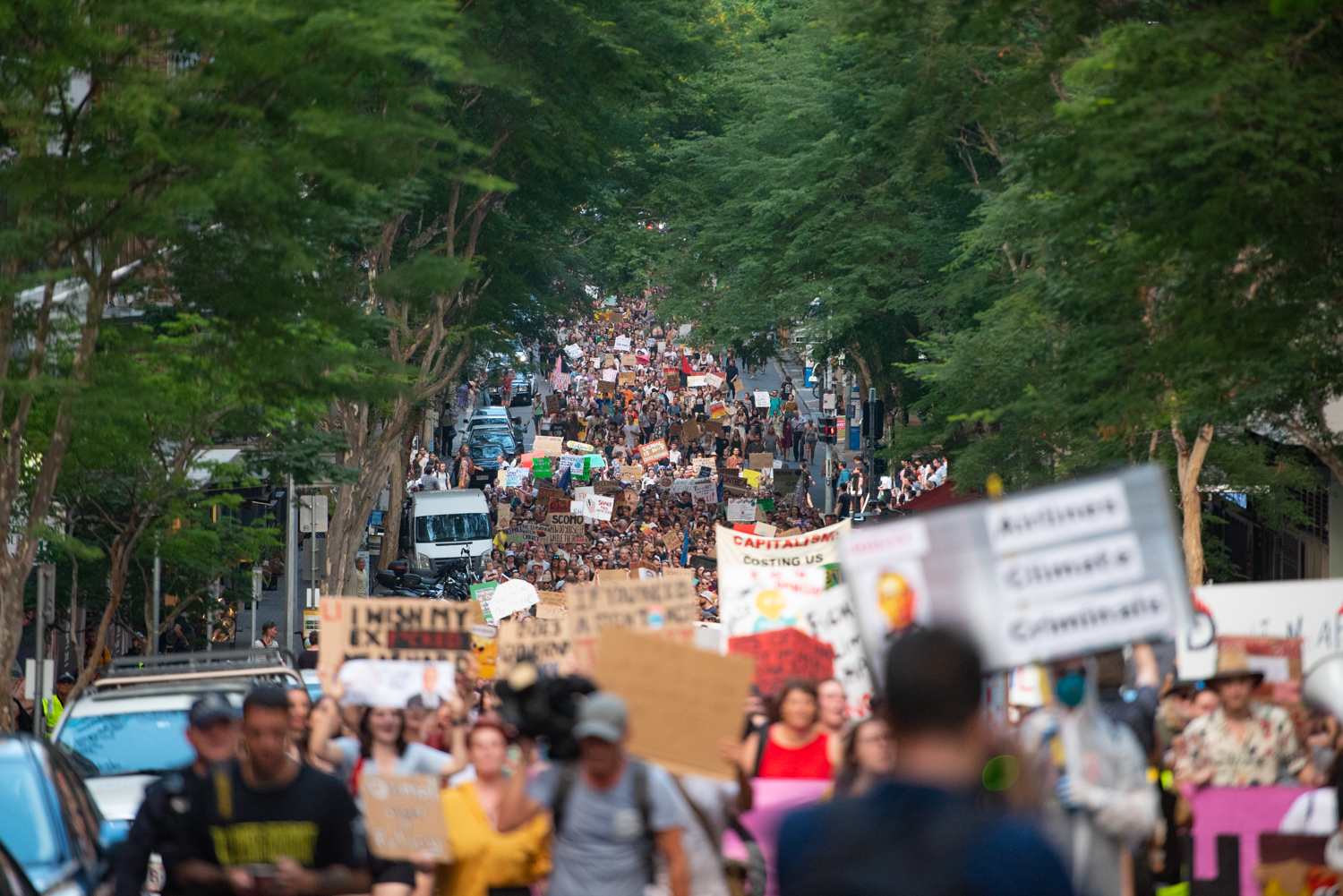 I believe that lasting radical change comes from the bottom up, through community organising and capacity-building, where we develop alternative systems that free us from dependence on big business, and create decentralised grassroots democratic structures that counterbalance hierarchical, centralised power structures.

But we also need drastic changes to government policy to prevent big corporations destroying our planet. That’s presumably a key goal of these mass rallies... We don’t just want to raise public awareness or vent our frustrations. We want to tangibly influence how politicians vote on the floor of parliament, and change the decisions that government ministers make behind closed doors.

As an elected city councillor, I can tell you with certainty that one of the best ways to influence politicians’ behaviour is to make them worry about losing votes and losing seats. Conservative and fascist political forces seem to understand this a lot better than we do. They know politicians can afford to ignore mass protest marches that don’t translate into electoral pressure, so they focus on specifically telling people who to vote for.

See, if you’re a political leader in a majoritarian hierarchical system, there are always going to be quite a few people who are angry at you about something or other. For a federal MP with 100 000+ voters in their electorate, a citywide protest march of 10 000 or even 20 000 people only starts to impact your decision-making if you’re worried that the public discontent is actually going to translate into large numbers of people changing their vote. 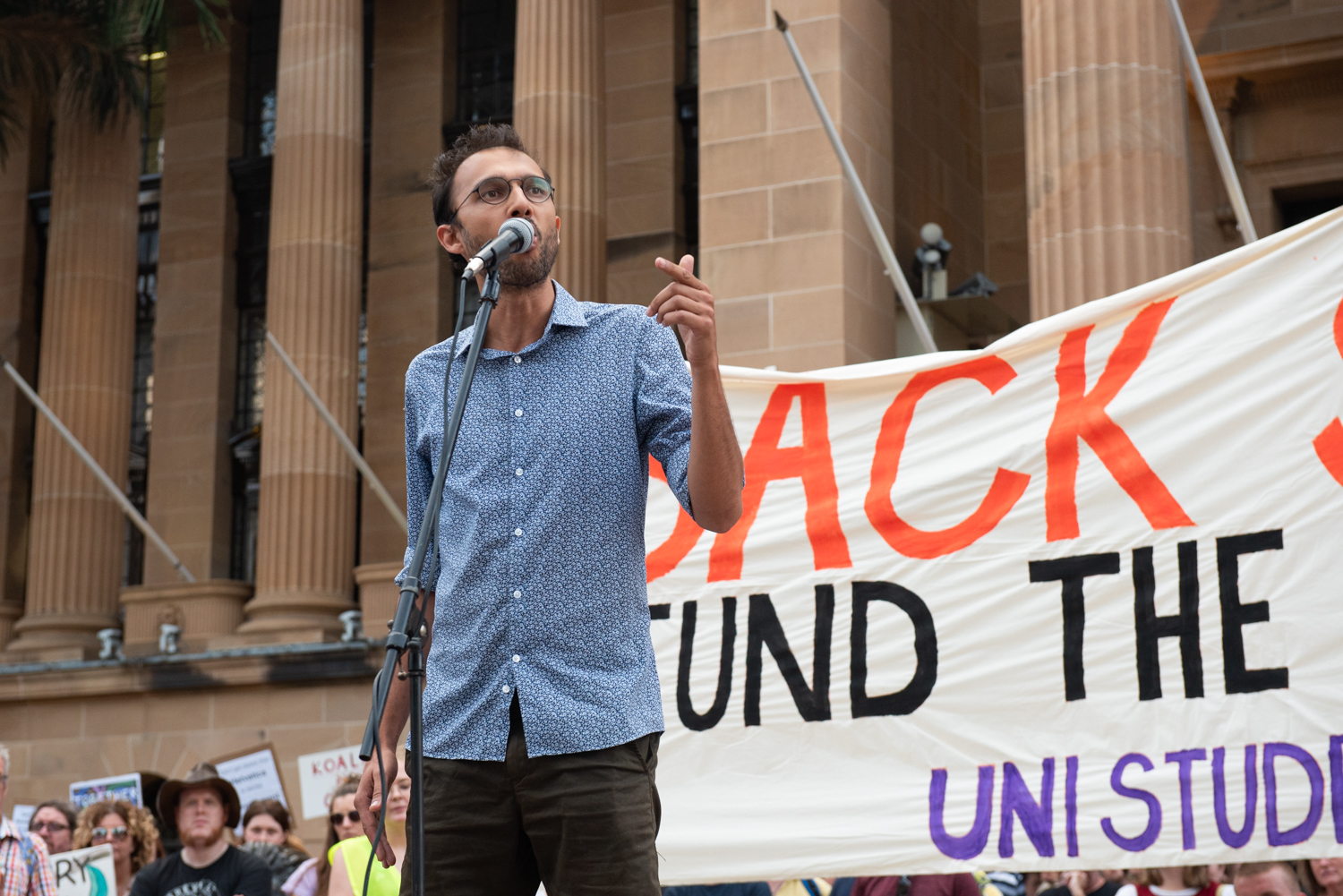 A strong, clear majority of Australians are concerned about climate change, wealth inequality, political corruption etc. But the mass public concern that’s been generated across the country – in part through rallies and protests – doesn’t automatically translate into large numbers of people changing their vote. And if people’s voting behaviour doesn’t change, the same politicians will keep getting elected, and government policy will not shift the way we need it to.

The thousands who rallied last Friday, and the thousands more who march again over the coming weeks, are definitely shifting public consciousness. But are we shifting votes?

In the Queensland Greens, we’ve found that respectful one-on-one conversations are one of the most effective ways to change who a person votes for. Usually it takes a couple conversations depending on where people are at. Big rallies probably do lead to a lot of one-on-one conversations with friends and neighbours. But many of those conversations won’t focus on convincing people to actually vote for a different candidate or party (which is ultimately why politicians sometimes seem to ignore mass protests).

Some people initiate vote-changing conversations at dinner parties, BBQs and events, or in their existing community groups and sports teams. But when everyone in your existing networks has already changed their vote, it’s time to get outside the bubble and talk to other people in the wider community.

If a Greens supporter goes doorknocking neighbours in their suburb, they might have around four or five really meaningful one-on-one conversations per hour, and maybe change 2 or 3 people’s votes per hour.

Shifting 2 votes per hour doesn’t sound like much, until you remember that the winning margin in key seats is sometimes only a few hundred votes. And in terms of time invested, it’s probably a better hit rate than most other forms of activism. Did the 7000 people who spent close to two hours rallying in the city on Friday night change 14 000 votes? I very much doubt it.

To be clear, I do think people should find the time to go to protest rallies, particularly if they’re part of a well-considered broader strategy. But it’s the conversations that happen in other spaces that ultimately change votes and thus shift mainstream political outcomes.

So if you’re the kind of person who goes along to protest rallies because you want to influence politicians’ decision-making, and you accept the premise that politicians do care about losing large numbers of votes, I encourage you to start talking to people about why they might want to change who they vote for. Even if you only do this a couple of hours a week, it’s going to have a much bigger impact on election results and thus government decision-making than pretty much anything else you do with your time.

I won my seat in the 2016 council election by less than 450 votes. We won because lots of people got out of their comfort zone and had one-on-one conversations with other people in their community about social change.

The 2020 Brisbane City Council election is on 28 March, and will be an important moment in Australian politics. Roughly ten weeks from now, I’ll be up for re-election. And a bunch of other amazing Greens candidates, including Trina Massey in the Central Ward, Sally Dillon in Coorparoo Ward and Donna Burns in Paddington Ward, are also running, hoping to win seats off LNP politicians who have repeatedly blocked meaningful action on climate change. In each of these seats, we only need to shift a few hundred more votes to get over the line.

But we need your help to do that.